What feels like forever ago now, we made our way to Nozstock festival early in August, for our third year in a row. The theme this year was Jurassic, and the festival itself was just that.

Unfortunately, as luck would have it, on the day we were set to go, our car was giving trouble and we had to offload all our camping gear and take it to the mechanic before we could head off. Nine hours and £600 later, we decided to spend the night at home, and head out first thing in the morning, but we hit torrential rain on the way, so even our early departure didn’t see us getting to Nozstock before mid day.

Never the less, we decided to make the very best of what was left of the weekend, and at Nozstock, that’s not hard to do. 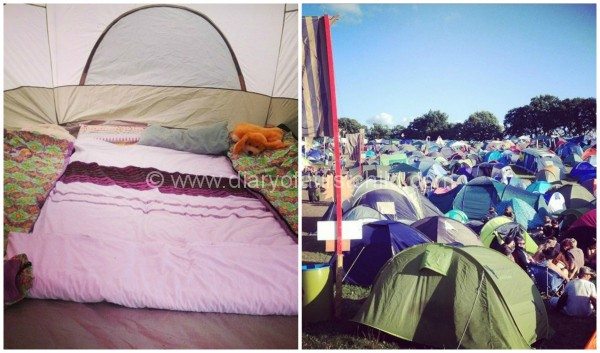 On arrival, the first thing we noted was that the live-in vehicle section looked much larger than previous years, and much better organised. The traffic and security people also seemed to have a better grasp on what was going on and where everyone should go, which was much improved too.

Heading into the festival and camping grounds, we discovered a gate down to the Dingle Bar – I’m not sure if that was new this year, or had been there previously, but it was a winner for us! A nice short cut to the area we wanted to be.

As is always the case with Nozstock, so much effort has gone into ‘theming’ the event, and the huge Dinosaur welcoming you to the event area was brilliant. All around the festival site, there were homages to the theme. The kids loved it – I know. Girls who loved Dinosaurs. Thank heavens for that. 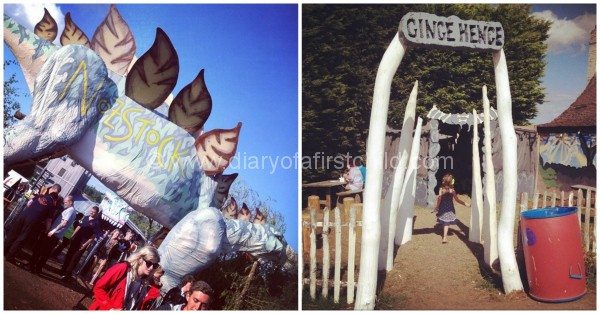 We tend to spend most of our time at Nozstock in the Bandstand area and surrounds, and between the Dingle Bar and the Bantam of the Opera Stage, our weekend is pretty full.

We watched a stage show by the Outlawed Nomads and while I’m not sure she really followed it, 4 year old Ameli was so mesmerised, she made us go in and watch it with her again on Sunday! The Little Wonderland Kids Area was amazing again. Even I picked up new skills in some of the craft sessions.

There was, as always, so much going on for kids, from ‘cave painting’ to gladiator games (with foam clubs!) to making dinosaur bone drumkits and treasure hunts and all sorts, just so much to do. My girls love their arts and craft, and by the end of the day, they were decked out with (foam) bones in their hair, shell and bone necklaces, and prehistoric dream catchers to decorate our tent.

To burn off energy they were entertained by climbing frames, hula-hooping and beatboxing, as well as going on an imaginary dinosaur hunt, which they were thrilled by.

All in all we had action packed days. 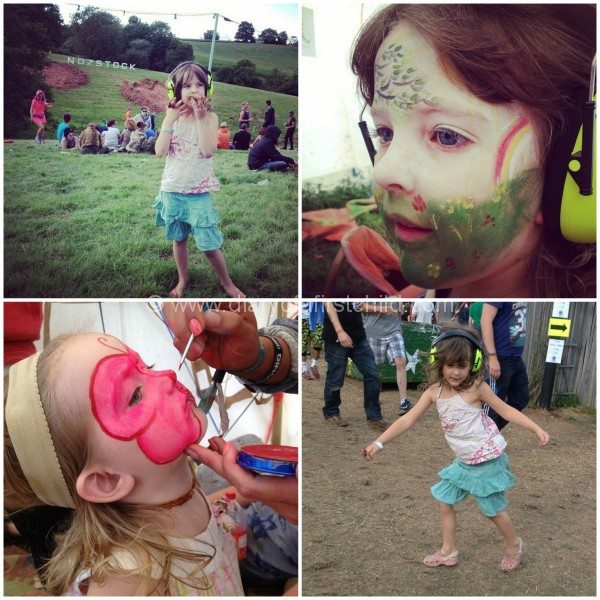 Even though we had camping tickets, we’d all been unwell the week before Nozstock, so had decided to get accommodation off site, about 4 miles away, so when we were all dirty, and exhausted, we stopped by Hot Rocks Pizza for a 4-minute stone baked delicious pizza, before heading off for a hot shower and a comfy sleep. It’s a different way to do the festival, and you lose out on some of the festival spirit for sure, but it wasn’t a bad option for our under-par health family – and good for the local economy, I tell myself!

While all the traders and artists and everyone else at Nozstock have such a positive and cheerful attitude, especially towards the children, we were particularly impressed by one of the stallholders at L for Leather. Ameli had been given some spending money, and wanted a ring made from leather. I don’t know his name, but he was so patient with my little girl, allowing her freedom to choose the ‘wrong’ side of the leather, and choose to her likes and dislikes without telling her how it ‘should be’ or dictating in any way. I thought it was magical how both amused, and sweet he was about her uhming and ahing over what colour staples to use – an important decision after all- when he was only making £2 out of the deal.

Overall, and once again, we loved Nozstock: The Hidden Valley 2014, and even though we only dipped in and out of it this year, we had a fantastic time, and the kids still talk about it, and pretend play that they’re heading off to Noztock, dino-bones in hand.

P.S. The headphones the girls are wearing in the pictures are brilliant for kids in noisy places. These kids ear defenders come highly recommended.