close menu
Shares
I spent most of today walking around Richmond with my friend Gloria. Our initial intention was to visit Ham House and Gardens, but unfortunately it was closed for the winter. We spent about an hour strolling around the gardens, and had delicious scones and clotted creams at the Orangery Cafe. 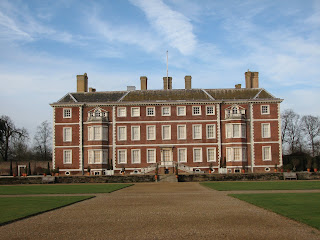 Ham House, like most of the other palaces and stately homes that line the river Thames, belongs to a different time in history. It was built in 1610 for Sir Thomas Vavasour who was the Knight Marshal to James 1. When he died the house passed to a succession of owners, ending up with Elizabeth Countess of Dysart and her second husband John Maitland, Duke of Lauderdale, in order to reflect their status in Charles II’s Restoration court. It housed their apparently amazing collection of fine art, textiles and furniture, much of which remains in the house today. The house itself was bequeathed to the National Trust in 1948, where restoration work has been done on the garden to return it to its 17th century layout. 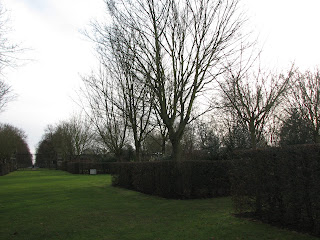 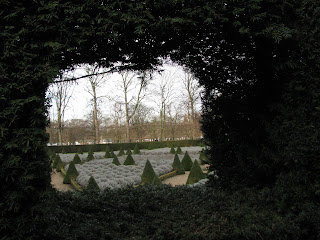 The garden itself is an outdoorsman’s dream – from the large open meadow to the Fountain Garden, the Plats (eight squares of lawn with pathways between them), cherry garden, wilderness (a maze of different flowers) and the Kitchen Garden’s. Although empty now in the middle of winter, the garden is generally the main supply for the Orangery’s kitchen. 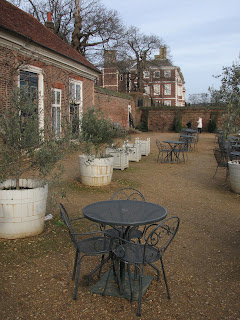 Gloria and I enjoyed the outdoor cafe area, soaking up the gentle rays of sunshine and lavishing clotted cream on delicious scones to replenish our systems from all the walking! 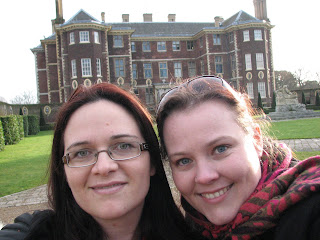 Ham House Gardens would definitely be worth another visit in the summer, when the flowers and trees can portray it in its blooming splendour. 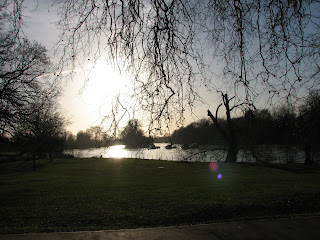 A mile walk along the Thames and back to Richmond Station and so another Saturday was well spent in London!