It really is funny how time stretches to suit your to do list.  Whilst working full time I could do in an evening what it now takes me the whole day to do.  I do suppose my size might have something to with that though.  I’ll give myself the benefit of the doubt.

After a very full weekend of baby shower followed by spending Sunday walking around central London with Bruce and Deanna, I was very grateful on Monday morning not to have to get up and go to work.  I did decide that I would have a productive day though, and did not disappoint myself.  I spent the day giving the kitchen the clean of its lifetime. I mean, it wasn’t exactly dirty to start with, but it practically sparkled by the time I was done!

Martin brought home some unexpected and potentially frightening news on Monday evening. Due to financial problems in the company, they are going to have to reduce the team size. As he was the last person employed 11 months ago – well, it has to be him.  Of course, no one feels good about making redundant an employee who is just about to have a child, but they seem to have no choice.  By law, they don’t have an obligation in terms of redundancy severance as he has not been with them for two years, but fortunately they felt bad enough about it that they are giving him a months’ paid notice which he doesn’t have to work, and as a sign of good will they are throwing in two weeks paid paternity leave too.  By all natural thought, this is a disaster. Here we are three weeks from the birth of our first child, and we are quite suddenly both without employment! We’ve been viewing it as an opportunity though – For some time now, Martin has wanted to return to freelance work, because although it is not a secure income (nor it seems, however, is permanent employment!) it pays better and allows greater flexibility, giving him a wider range of experience, less responsibility and more time to spend at home with the baby.

Tuesday the midwife came around, a new lady named Zeta. She was really lovely. Very encouraging, positive and kind. She brought along the ‘birth kit’ that they leave with all home births from around 36 weeks. I’m dying to know what’s inside, but I’m not allowed to open it, and at risk of contaminating sterile items, I won’t let curiosity get the better of me. She had a look around the kitchen and bathroom and gave the flat the thumbs up, which I was pleased about.  I have heard many horror stories about unsupportive midwives asking about home insurance, landlord waivers and requesting the fire brigade be notified that there will be gas and air canisters in the house, or even worse, midwives trying to scare people out of home births with stories about falling through the floor during labour or trying to assure them of certain death in most situations.

Having a bad midwifery team would not have changed my intention to have a home birth, but it would certainly have made me less enthusiastic about calling them when the time comes!  When Zeta left on Tuesday she declared herself happy with the baby’s heart rate and position, my protein levels, weight, general well being, announced that I deserved a healthy, peaceful birth due to my positive attitude and felt sure that this baby was being born in to a positive and loving environment. That was really uplifting, and made me that much more excited. 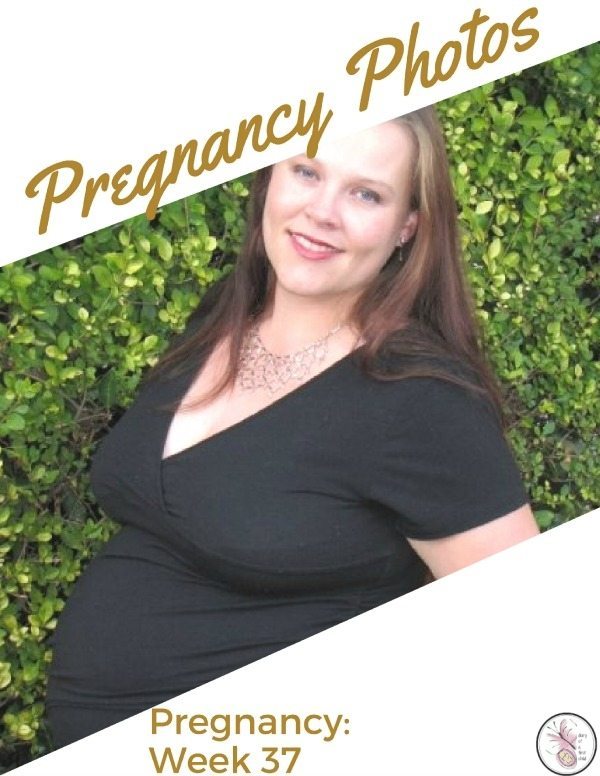 Apparently Button is still moving around much more than I would have expected because there is a lot of amniotic fluid still in there. Normally by this stage babies start slowing down, moving less and moving downward, but by some oddity there’s more room inside me than I would have expected, and the little one is still perfectly comfortable, flexing toes and muscles, practising grabbing, and batting eyelids.

A serious bonus of not working now is the ability to drift in and out of sleep as and when the desire strikes. It struck for most of Tuesday afternoon, letting up only for the baking of savoury bread and some muffins for dinner.

Thursday evening we had our final antenatal class, where the guys got to go to the pub ‘for old time’s sake’ and the ladies had a session on breast feeding. It was really interesting and I was surprised at how many questions we all have on the issue!  The NHS is very pro breastfeeding, and there is a huge drive to get everyone doing it, but it is really hard for some women, and there can be real difficulties. Of course, I am very keen on breast feeding, not only because of the health benefits for the baby, but also the health benefits for the mom.

One of the major problems with breastfeeding is, in my opinion, the volumes of conflicting advice. Breastfeed immediately says one, later says the other. Feed on demand, insist some, whilst others demand that you feed at routine intervals. Introduce a bottle early on, warns one midwife, the baby will have trouble with the breast if you do, counters another. And so it goes.  There really seems to be only one way forward: The one that works for us.

It was a great session though and I will really miss Sofie and her fantastic antenatal service. She really gave us the pros and cons objectively and allowed us to make up our own minds. The other couples we met were great too – we were such a blend of expectations and desires, and that made for a very interesting course.

On Saturday Martin and I drove to Jacques’ house in North London (Jacques in an old friend from school who worked as a photographer for a while) to take some pregnancy photos.  It was a perfect September day in London. We had beautiful sunshine and a cool breeze, different to the stifling heat or miserable rain we’ve had recently, and the long evening shadows made for beautiful photography. Although I am particularly uncomfortable on that side of a camera, I know I will treasure these pictures in the years to come: 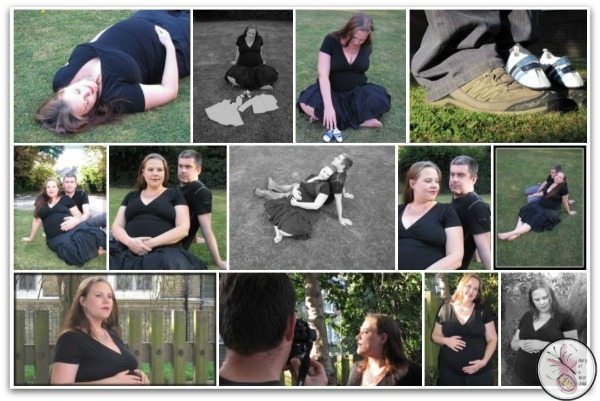 So now we’re in to the final countdown.  We have one weekend left to finish the nursery/guestroom as my parents arrive on the 26th of September. The baby is ‘due’ on the 28th, although this really is something of a guesstimate. In the meantime I’m drinking as much red raspberry leaf as I can stomach (generally about two to three cups a day) and taking evening primrose oil. I have my Swiss ball on hand and move off the sofa on to it every so often to make sure baby stays in the right, back to belly position and I am vacuuming and mopping the floors regularly to keep my spine bent forward for a few minutes a day, all to encourage the baby to stay put. Martin gives me a geranium oil foot massage whenever my ankles swell up too much from water retention, and in general I am happy, healthy and most important of all, content.  I have not packed an ’emergency’ hospital bag, and my birth box is not ready with everything I’ll need on the day, but the nappy bag is packed and ready for our first day trip out of the house!  The Moses basket is ready for its guest, and wrapped up to keep it clean, and all the baby towels, blankets and clothes have been washed, dried and returned, waiting patiently to fulfil their potential.

Right now it seems like everything is waiting, ready, perched and poised for an arrival that will transform this married couple in to a young family.

Week 32 – Getting Bigger And In To Practice
Pregnancy Week 34 – Midwives, Exercises and First Aid
Pregnancy 31 Weeks – In A Bad Mood
Dear Ameli- Letter to a One Year Old