Anyone who knows me knows that I am not a big fan of the medicalised culture we live in. I avoid doctors and medicine as much as I can. You’ll find it funny then that in the last three weeks I have taken pain killers, been admitted to Accident and Emergency, had a root canal, four courses of antibiotics and minor surgery!

It all started with the pregnancy.

Apparently in pregnancy hormones can cause things like melanomas and haemangioma to grow rapidly.

I had a friend about ten years ago who died from cancer a few days after her baby was born, so when I saw the growth I went to the doctor. He examined it and decided I was unlikely to die soon from that, so referred me for a non emergency specialist appointment. I went to that in November, and was referred for minor surgery in January.

I also had a really sore left front tooth early June last year, so went to the dentist who gave me a special toothpaste and told me not to worry about it, it was just sensitive because I was pregnant.I spent the ensuing 6 months avoiding anything cold to eat or drink.

Well, on boxing day I woke up in agony. In fact, the agony woke me. I had splitting pain up the side of my nose and in to my eye. It was horrid. I tried lavender. I tried clove oil. I tried chamomile tea.Â  I dug around the cupboard and found some ibuprofen. I took two. It didn’t help. 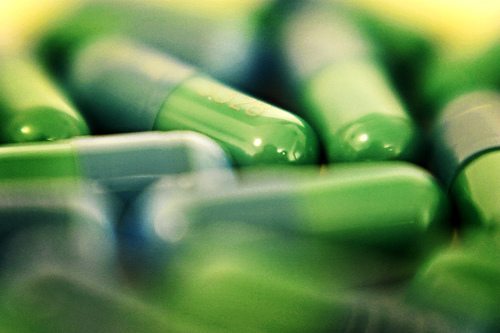 Now might be a good time to mention that the last time I had medication of any description was five nausea tablets at work, on my flight to Australia, and in Australia last year. Prior to that I haven’t had medication of a non herbal variety in over a year, and I haven’t taken any antibiotics in almost two years.

So back to boxing day. I took two tablets, that didn’t help. So I took a third two hours later. And an hour after that I was writhing about on the sofa in agony more intense than labour. Or maybe just more intense because I didn’t know what was causing it. But it was hell. So bad in fact, Martin and I went to A&E. I was admitted straight away, and treated for an accidental overdose. Fortunately I was okay and able to leave about three hours later.

I went to the dentist and was given two courses of antibiotics for the tooth.

Last week I returned and had the first half of the root canal, and an internal antibiotic.

Yesterday they finished that, and I have a whole tooth again. Hmmâ€¦ I should get some ice cream. Pain free ice cream. Yummy.

Today I went in for surgery on my leg. That was strange. The surgeon numbed the area, then used a blade to slice off the angio-thingy. Then he burned the area to stop the bleeding. Not a pleasant visage. And now it looks like I have a huge cigarette burn on the front of my leg.

At least it nicely balances out the scar of â€˜03 on the back of my leg. That’s a story for another day.

I felt really low this afternoon, almost teary and just entirely run down, and couldn’t quite figure out why. A little bit of thought later, though, I decided that it’s because of all the antibiotics. As much as they have a purpose, with the fighting of infection and all (which I definitely had in my tooth), I hate hate hate taking antibiotics because I always always always have a physical reaction to them – I get oral thrush. A most unpleasant conglomarate of ulcers on my tongue. So unpleasant, and painful! 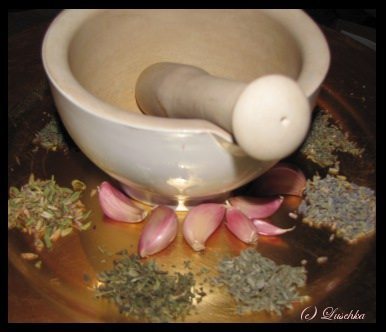 Antibiotics might well work on the infection, but unfortunately, while killing the bad bacteria, they also kill the good bacteria, leaving you feeling worn out, and entirely exposed to bugs in the air. I always get a bad cold after taking antibiotics.

Well, I made myself a strong brew of Cold and Flu Tea, as per Earth Mama’s recipe:

I don’t have a cold or flu, but the healing properties of these herbs have already made me feel so much better. I can feel strength returning to my depleted body. I really look forward to our Four Thieves Vinegar being ready at the end of this month so we can fight of all these winter niggles too.

I’m grateful to the NHS for the services I’ve received this week, the quick assistance for my toothache, the help with my accidental overdose, and the removal of the growth, and I look forward to the lab results coming back with an all clear, but I am also glad that I do not spend too much of my life knocking down the GP’s door for everyday coughs and sniffles.

And to my sceptic friends who believe herbs provide only a placebo effect, I say to each their own. You enjoy your pills and their side effects, but as for me and mine, we’ll stick to feeling better the natural way wherever we can help it.