The sudden and long awaited turn in the weather this last week has finally meant I’ve been able to move all the large vegetable pots off the table in the conservatory and out into the garden.

This has had a down side as now we’re back to fighting snails again, as well as the ever hungry slugs and aphids we were already dealing with. Turns out an adult snail can demolish two courgette plants in one night. Oh joy.

On the up side, the last remaining courgette, the one I bought ready to be repotted, is growing at a beautiful rate and I can see some flowers headed this way. It’s first flower was beautiful but the courgette itself was tiny, no bigger than my baby finger. It pretty much rotted while I was waiting for it to grow.

The fated aubergine, or egg plant, has also been victim of the snails, and its leaves are looking paltry – but there are some buds showing too, so hopefully, hopefully.

The tomatoes we got from Heinz are finally doing really well. They seem to have grown every time I look. No flowers yet, and no tomatoes but again, I’m hopeful! 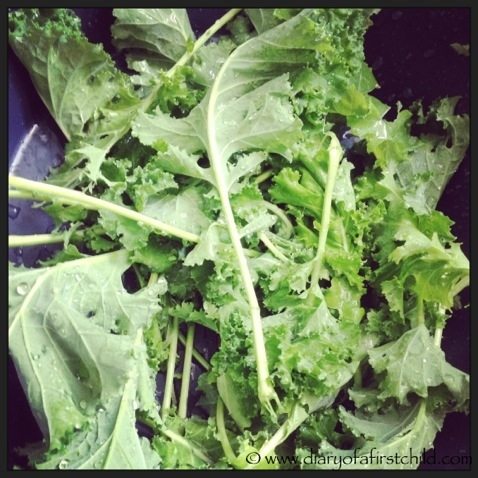 I harvested all the Kale this week, and made an incredible salad that I really loved. I’ll post the recipe on Keeper of the Kitchen this week.

It seemed to like being harvested though because new leaves are popping up all over the place, which is great.

I also had the first potato harvest this week. By the time I got to planting the potatoes, they had long roots already and I didn’t have much hope for them, or much soil, so I dumped them all on one bag and let them get on with it.

I thought I’d have a rummage for some new potatoes a few days ago and proceeded to break most of the foliage. Who knew potatoes were so fragile?

I did manage to find some new potatoes though – my first ever potato harvest, so they accompanied dinner tonight. Yum.

We’ll see what happens to the potatoes from here on out though. I did find as many exploding rotten ones as ready to eat ones though, and I’m curious about that. Why has that happened? Is that to do with the slugs? Have I left them too log? I do wish I was doing this with someone who knew what they were doing.

The apps on my phone are pretty useless. They’re telling me I should be reaping like mad right now! Which, clearly, I’m not. 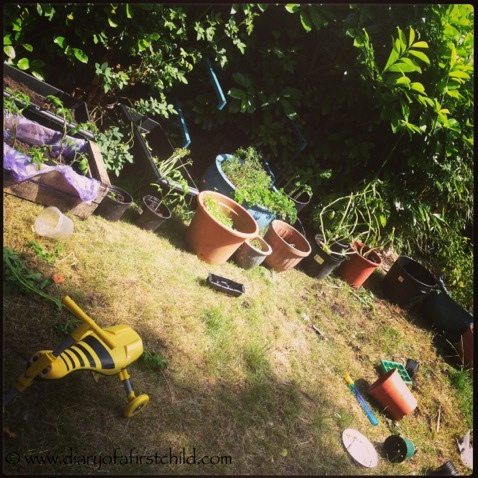 I’m glad we’re doing this in the pots though, rather than straight in the ground. It’s made meeting the needs of my seedlings so much easier. It’s like attachment gardening.

Only you eat your babies if you’ve done it right. 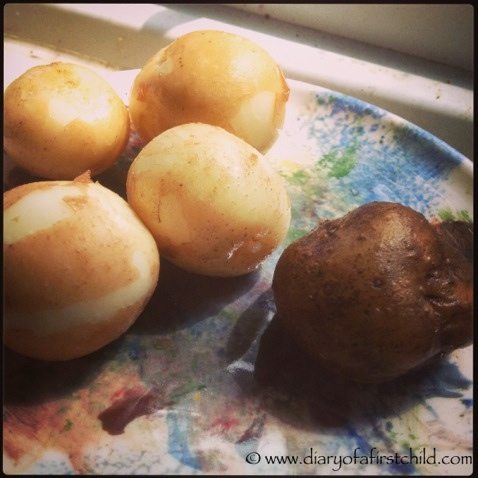