A few months ago, we had a good look at our lives, and came to the conclusion that we weren’t exactly doing the best we could with our lives and with that, the lives of our kids.

Our home was crowded, cluttered and overwhelming. The children’s wardrobe was so full of clothes, it was bulging at the seams. No matter how many loads of laundry we did, it was never enough. I did a preliminary clean up of all Aviya’s clothes, and removed no fewer than 200 – two hundred – items of clothing, still leaving more clothes than she could wear in a month! 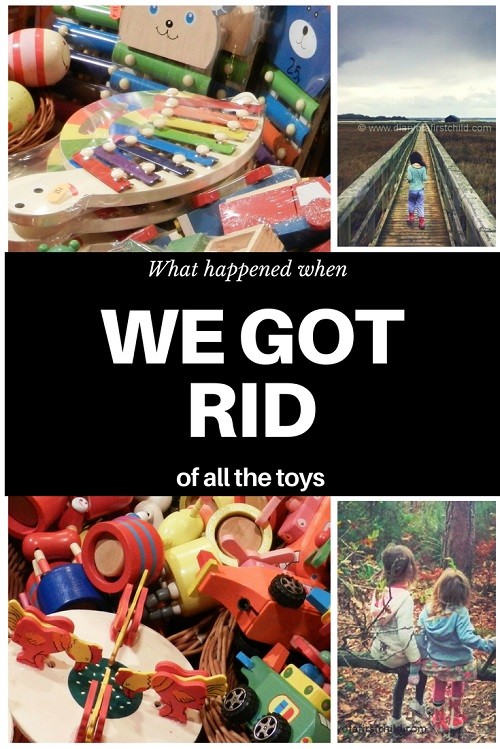 Ask my girls what they’d like to do, and the answer was always something that started with “watch” or “play” (a device). Ask them to play with their toys, and it would end up with boxes of Montessori toys strewn over the room, nothing really played with, everything just thrown about, and either an epic mission to get it all back in place, or I’d have to do it myself – clean up would take longer than play lasted, time after time, and it was becoming disheartening.

I felt like a failure as a mother. All our PlayLearning, all our Montessori style set-up and my kids had no imagination, no motivation and no interest in anything not screen based.

So we decided it was time to simplify.

It was time to empty the house of everything that wasn’t necessary, beautiful or valuable (sentimentally or financially.) Trust me when I say it was a big job. 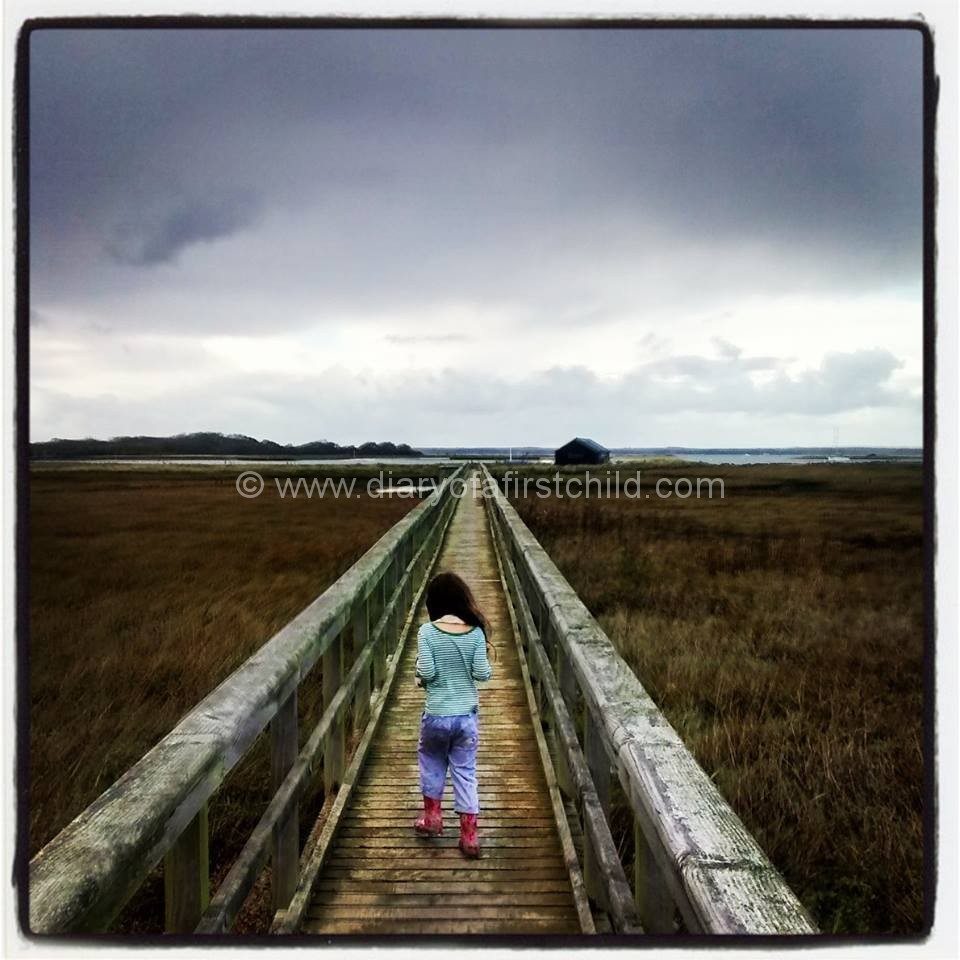 It still left enough clothes to fill a large suitcase, and really, how much more do you need?

The toys went through the same process. Puzzles, play sets, games and everything else that had missing or broken pieces was discarded. Everything that had a resale value was listed on selling sites. Everything else I laid out on shelves and invited my friends round for cake and coffee, and a garage-sale-style-help-yourself.

What didn’t go from there, went in a donation box.

I felt such guilt, looking at the one small box of memory box toys we decided (together) to keep, and the two small boxes of toys for now and toys to swap out in a few months again. We did the same with books. 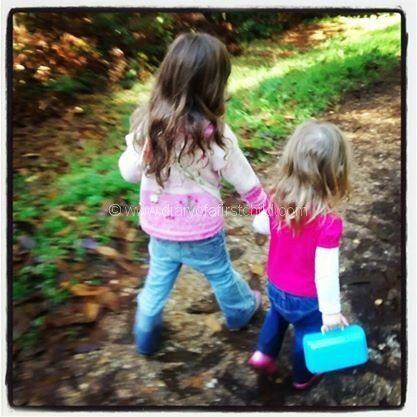 In the end, when we moved out of our house, the girls had a Trunki of books and a Trunki of toys between them, for now, and the same again for swapping out at a later stage.

We moved into the house we were renting for a month while we waited for travel visas to come through, and the most amazing thing happened. With no beautiful wooden toys, with no ‘imagination building’ contraptions, with no developmental toys, with no organically grown – sourced-by-Tibetan-monks-and -spat-on-by-garden-gnomes equipment that I deemed good toys for them, my girls suddenly started playing.

They played together. They played in turns. They didn’t need me to turn a bed and sheets into a fort – they did it themselves. They found cotton wool and filled an empty drawer with their “diamonds”. They still had their Kindle Free Time every day, sure, but rather than whining about being bored, they spent four weeks of rainy winter, playing. 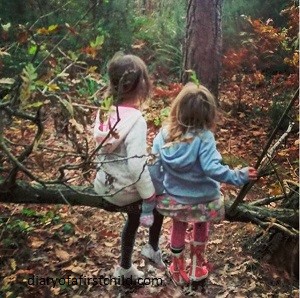 When we took away the toy overwhelm the children learned to play.

At first I felt guilty and worried that we were going to end up rebuying up all our old toys. I never anticipated finding freedom to be children when we took away the clutter of trying to ‘help’ them develop and grow.

Since this revelation, I have been reading a book called Simplicity Parenting, which talks about ‘soul fevers’ and how stuff and time overwhelm can affect our children’s behaviour and their inner selves. It’s a gentle introduction to help the reader analyse our own lives and see where we can declutter our children’s minds and environment. It’s highly recommended and available from Amazon and The Book Depository (with free international shipping)
**These are affiliate links. Using them doesn’t cost you anything extra though, they just send a few pennies my way 🙂 **

The Mother and Baby Bond
Books To Help Prepare Siblings For The Arrival Of A New Baby
Do Girls Really Need to be Daddy’s Princess?
How To (Not) Curse A Two Year Old