One of the benefits of home education for me is the ability to learn through play. Of course learning through play is relevant whether children go to school or not, and one of the fun ways to encourage learning without anyone even knowing they’re learning is through puzzle and board games.

We were sent a selection of Ravensburger games to review, and they’ve come in very handy over the wetness of these British “Summer” days.

The four sets we were sent were: My First Words, ABC Game, My First Clock and Ready Set Count!*. 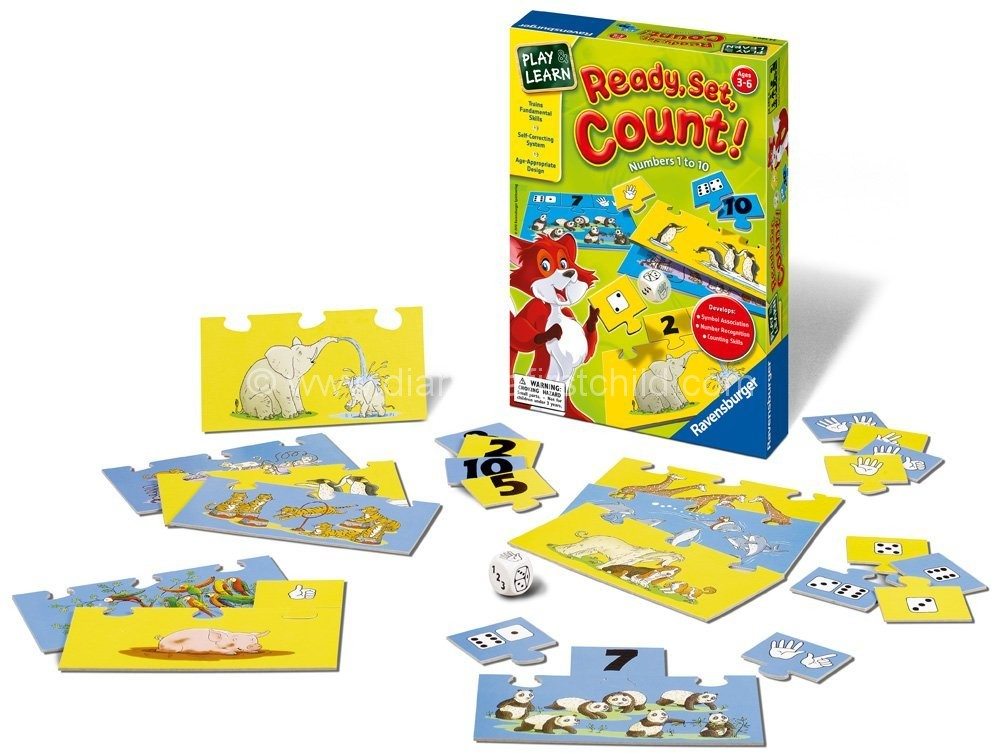 The first game we unpacked was Ready Set Count!

This game is a first counting game, perfect for my 3 year old. While it can be played with the included dice, we found it best for learning what each number looked like. Each card set has an animal(s) image, fingers that show the number, the numeric image and the dice representation of the number.

I set like with like – so fingers in one pile, dice in another, numbers in a third and the animal images in the last. She picked an animal card, counted the figures on it and then found the corresponding fingers, number and dice. She has a great time sorting the sets together, and then organising them into their correct numerical order.

Played as a game each player can roll the dice and find the corresponding number set to match.

This set has the obvious learning goal of counting, but also number recognition and a taking turns/sharing. It can be played by 1 – 4 players. 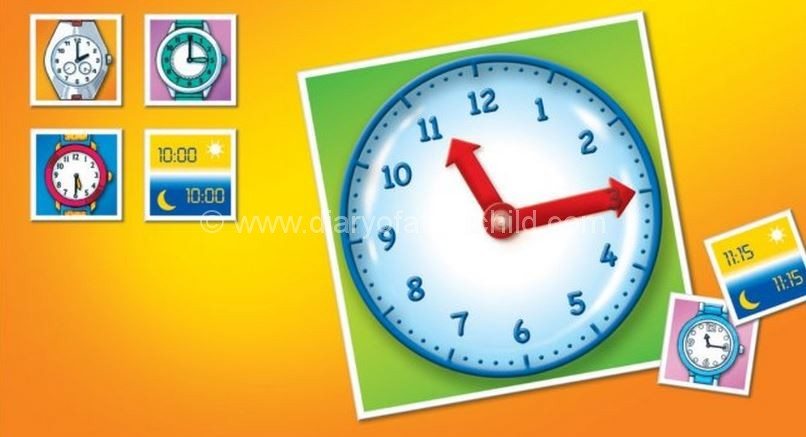 The My First Clock Game consists of a clock and 27 game cards. They bill this as having three ‘games’ in one, with double sided ‘clock’ cards that show analogue and digital times.  The cards can be used in different ways – put them in order of time and describe what you would normally do at that time. You can also us it to look at the digital times shown on the cards and try to put the hands on the clock face to the correct time, winning a card each time you do this or finally, players take turns to set a time on the clock face and everyone else must try to find the clock card that is closest to that time.  Or of course, you can just let your child figure it out on their own, setting the time to match the activity.

This definitely helps to develop “number association, recognition of routines and sense of the abstract concept of time” as it says in the description, and with a little help it’s a very useful device for learning how to tell the time.

The cardboard clock face has movable plastic hands that you assemble yourself, so it’s a good opportunity for learning the difference between the long and short hands too. These aren’t the best design ever, as the clock ‘hands’ come out quite easy but for £6.99 for the whole set, it’s sufficiently effective and safe enough for a 4 – 9 year old. 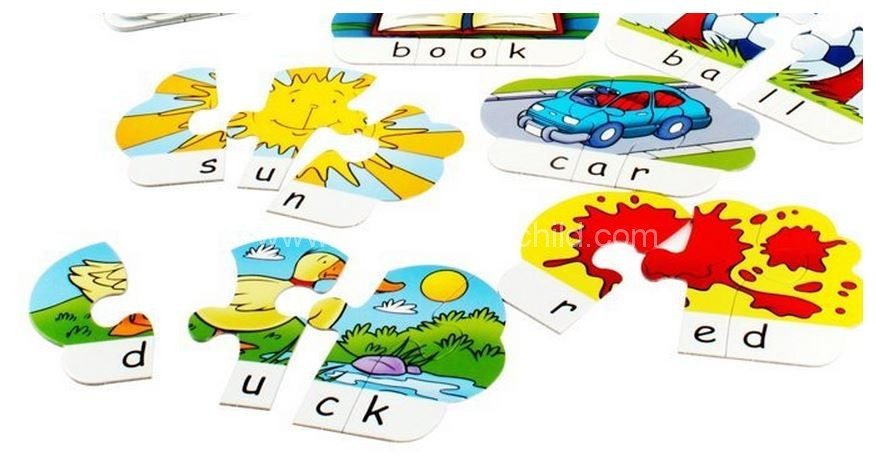 Based on a ‘flashcard’ style of learning, the ABC Game is filled with two-piece puzzles with one for every letter of the alphabet and a corresponding image card – a & apple, b & bird and so on.

These cards are ‘self-correcting’ which means if you try to put the wrong image to the wrong letter, you won’t be able to slot the puzzle pieces in together. This is good as it’s a gentle prod to try something different, rather than a ‘YOU’RE WRONG!’ which I like. 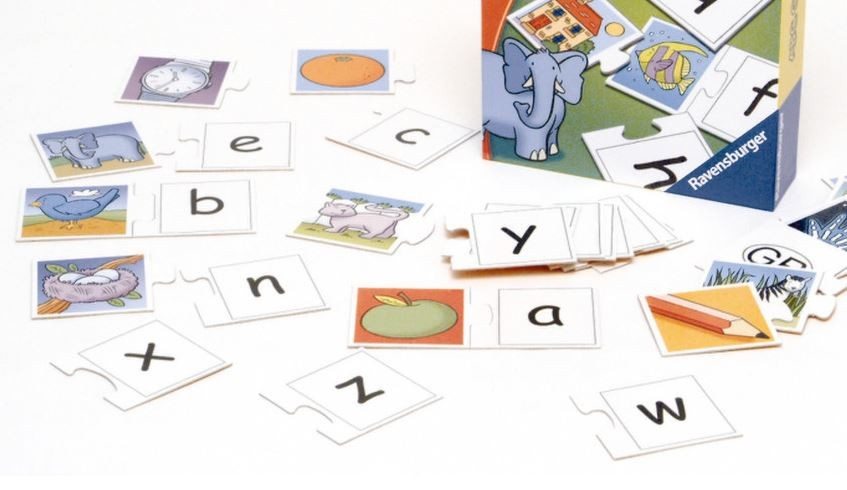 The final game we have been playing is My First Words, which is a great follow on from the ABC game. Having learned the alphabet, this game introduces little ones to their first simple words. As compared to the other games, I think this one is more about word familiarisation rather than actually learning words – largely because they can put the word together by putting the picture together, but it does help with familiarity of the words. I like that it’s fun, and that it’s play, but that my girls feel a sense of achievement when they can shout out what the word is, and be right.

For all the games, the cards are decent quality – you have to remember these aren’t expensive puzzle sets – and they last well. The can all be stored within the boxes they come in, and these are stackable in a toy box or shelving unit too, so it’s easy to tidy it all away.