(Q4 on the birthplan: During labour, I would like the following pain relief:)

I’m just a few weeks off the birth of my second child right now, and with the birth of my first I was so prepared. I’d spent eight months reading, learning, studying. This time I’ve been less focused on the birth, and more on surviving a relatively rough pregnancy while still being mother to a two year old.  It’s been fun.

But, I’m trying to ‘focus in’ on myself at the moment. I’m trying to set aside all the extras that fill up life, and prepare for the arrival of this baby.

A good place to start, in my opinion, is with a basic birth plan. While many people think a birth plan sets you up for failure and disappointment, I personally view it as a wonderful way of thinking about things you didn’t even know where options in a birth, especially if it’s the first time round for you. 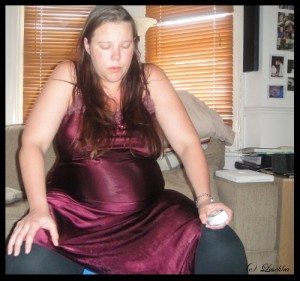 Now, it’s time to start thinking about the pain. It’s the one thing mothers-to-be fear more than anything else, an no wonder, when you see the portrayal of childbirth in the media. Your waters break and two seconds later you’re lying on your back with people all around yelling at you to push, push, push, while you’re screaming. Well, from personal experience (of myself and millions of others), I can assure you that birth doesn’t have to look like that.

And I’m not even talking about drugs.

Understand something: it’s not about getting a medal for natural childbirth. (I get a bit angry when people say ‘you don’t get a medal for going natural’. Actually, you do. It’s just not round and shiny.  Choosing not to go drug-free or not is entirely a personal choice, but belittling someone else’s decision to do so is simply rude. And visa  versa.)

Something very important to remember about fear and pain is how they work together. Fear increases your adrenaline pumping through the body. Adrenaline overrides Dopamine, which is the feel good hormone and Endorphins, which are your natural pain killers, leading to a heightened sensation of pain. The more you fear, the more you feel.

I had a fantastic independent midwife, Sofie Jacobs, who gave us our private antenatal classes before Ameli’s birth, and below is a transcript of my notes from her discussion on Pain Management During Labour:

I hope you find this as helpful as I did when Sofie gave it to us. It really laid it all out clearly to me, and helped me decide what I would and would not like to use during labour.

Disclaimer: I am not a medical professional – this is a summary of my own research into the birth of my own children. I recommend you do the same and make informed decisions about your own situation.

Lack Of Experience Doesn’t Equate To Informed Decisions, OBGYN
Labour Plan Or Checklist For A Homebirth
Great YouTube Birth Videos For Children
Said the Bitch to the Cow