(Q6 on my birth plan – positions for labour)

(Q9 I would like to be in the following position to give birth:)

I sat in a hospital waiting room during my first pregnancy, waiting to see someone when a couple came in looking for labour ward. Her waters had broken and they were trying to find out where to go. They waited for the receptionist, and while doing so, were looking at the posters on the wall. The one just beside me had a whole variety of labour positions depicted in pictures. The woman said to her partner, “Hey, look here. You can have the baby in all these positions. You don’t have to lie down.”

I’m sorry if this sounds judgemental, but I struggle to fathom how you can get to that point in one of the biggest occasions in your life and not know something as simple as labour positions.  Especially when your position during labour can have such a huge impact on your experience of childbirth.

Humans are the only mammals that try to give birth on their backs. It’s illogical as it defies gravity.

In The Business of Being Born, Michael Odent, the reknown doctor from France, explains why doctors want women on their backs – it makes their job of observing and interfering much easier.  He shows, in the video, the best position for a woman, which has him low down –hard on his back, but better for the labouring woman.

In reality, the best position for a labouring woman is the one she’s comfortable in. I spent most of my pregnancy with Ameli practicing squatting so I could give birth in that position. When it came down to it though, I found having my back out of the water to be excruciating and ended up delivering in the pool, sitting bolt upright. An illogical position, but a perfect one for me. Below are a few suggestions for the best positions to labour in. The links go to videos with detailed instructions on each position. (Some videos are linked more than once.)  I’ve also collaborated with Joni Rae from Kitchen Witch who has drawn up two beautiful printable pages for you to print out and keep with your birth plan to remind yourself of the different positions when the time comes. Feel free to print and share them, but please remember to attribute them to her. There are two of the same of each, with different spellings of labour/labor. Choose whichever you prefer! 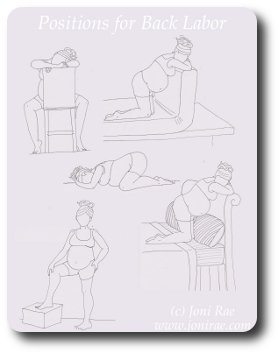 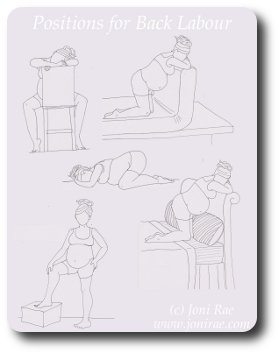 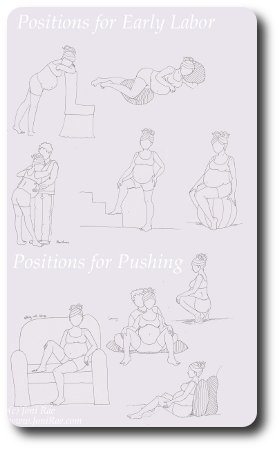 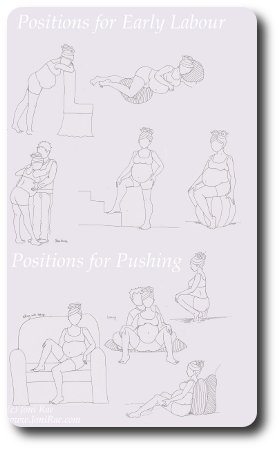 IF the link on the images don’t work,  please use these below:

UK Positions for Labour and Pushing

US Positions for Labour and Pushing 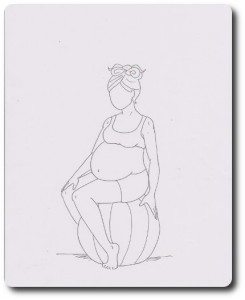 Back labour generally inspires fear. Everyone accepts widely that it is more painful, although that’s not a given. For me, it was. I couldn’t lie down, and if I wasn’t submerged in water, I found it excruciating. This time I want to be prepared with more back labour defences! (I also have always had back pain during periods, so have always anticipated back labour in childbirth.) The idea with these positions is to keep the baby away from the spine, taking the pressure and weight off the spine. These positions can also help baby move from a posterior position.

What has been your favourite birthing position in the past, or do you expect to use in the future?

When Last Did You Google Your Doctor?
Homebirth – A man’s perspective
Activity Pack Ideas For Older Siblings At A Birth
I’m Not Trying For A Homebirth, I’m Having One