Ameli’s birth was the most amazing birth experience I could ever have dreamt of. As a first timer with no real experience and nothing but book knowledge, the 48-hour labour and peaceful birth was magical, and an experience that shaped my future, as every birth does.

Welcome to the June 2012 Carnival of Natural Parenting: Embracing Your Birth Experience

This post was written for inclusion in the monthly Carnival of Natural Parenting hosted by Code Name: Mama and Hobo Mama. This month our participants have written about at least one part of their birth experience that they can hold up and cherish.

I was terrified of giving birth again, because I knew that a second birth had every chance of not living up to the first. As the date grew closer and I began submitting to monitoring for being ‘post dates’ my dreams of another peaceful birth became clouded by external fears. I fought for it though, and in the end had another home water birth with Aviya.  The result was wonderful. I had a vernix covered, 9lb 6oz little girl, just under three months ago. 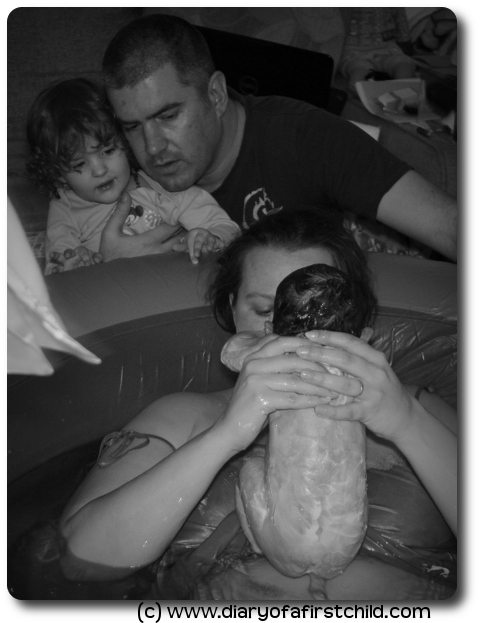 But for too long, I felt a deep sense of disappointment. Despite being 42+5 by ‘their’ dates – I was pretty confident that I was only 40+5 – and having had on and off contractions all day, when it came to the birth, we just weren’t ready. I was bearing down by the time there was enough water in the pool to even get in, and everyone around me were either acting as though we had hours still, or running about like headless chickens and my midwife – who was under a lot of pressure for still attending me at home when her boss had been trying to convince me to go in for an induction – was obviously nervous. There was no sense of calm, or peace, and this deeply affected me in the moment.

I was in panic, it was all happening too fast, and it was only when I managed to calm myself down – I asked for music to be put on, the same playlist I had for Ameli’s birth – that things improved.

Even so, in my memory banks, this was a noisy birth. I wasn’t as calm, as composed or as peaceful as I had been with Ameli’s birth, and while it doesn’t ‘matter’, it did to me and I felt disappointed in myself.

Rhiannon, my doula, kept saying that I had been a birthing goddess –  but I didn’t feel it.

What changed it all around for me was almost two months later, when I sat down to watch the birthing video. I wish I had done this earlier.  I had felt so angry over various little bits that had happened, but felt that I couldn’t talk to anyone involved about it – with the exception of my doula – for fear or ruining the birth memories for them too.

Watching the video I realised that I was right. It was a noisy birth, but not from me! There was constant ‘chatter’ and although I wasn’t being directed on how or when to push, there were a lot of voices (one is a lot when all you want is silence!) telling me what to do or how I was doing. “Almost there!”, “There’s a head”, “Don’t touch now, don’t touch now!” (an unnecessary fear of overstimulating the baby before birth, causing it to take a breath), and “Take the baby out of the water now, right now Luschka, pick it up!” (again, totally unnecessary for up to a few minutes!)

I, meanwhile, didn’t make a sound! I breathed her out! I hadn’t ‘failed’ my expectations. I hadn’t let myself down! My head was so busy focusing in on pushing my prescious baby down that I heard the noise, but didn’t filter the fact that it wasn’t me making it.

I know it sounds silly, probably to everyone reading this, but it was important to me. I didn’t want her to be born to the sound of my screams. I wanted it to be a calm an 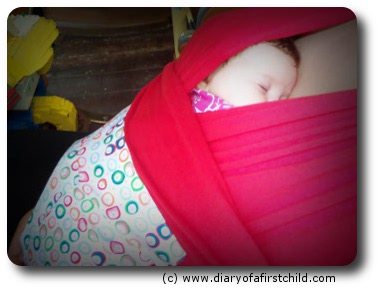 And between her and me, it was.

Everything else was just noise.

I still feel a bit sad that I wasn’t awash with the awe of birth from the start, and I wish that my named midwife had been on duty (she was off after an unrelated injury), because she knew that silence was necessary for me to feel calm, and I wish that my birth supporters, who also knew, had been a bit more vocal for me, but, in the end, what was most important to me– that I birthed my baby peacefully, at home, in water – happened.

I guess it could have gone either way, and either way I’d have had to make peace with Aviya’s birth, but though I won’t ever share the gory details, I’m so glad I had the video to restore my confidence in me.

Aviya’s birth was fast, and dramatic and at times aggressive and violent, but it was perfect after all. It was the most perfect birth she’ll ever have.

Please take time to read the submissions by the other carnival participants:

(This list will be live and updated by afternoon June 12 with all the carnival links.)

Growing In The Outdoors: Plants And People
Embracing Our Birth Stories
How To Make The Most Of A Very Wet Summer
Forging A Village In The Absence Of One