Yeah, crazy right? But I went to two Christmas in June events this week – marketing events for companies to show off their Christmas ranges. I love it really. What else did I do this week? Loved my girlies and took loads of pictures of smiley faces. Boring? Well, it depends on how you view what mothers do*.

We went to our Thursday playgroup and were having a lovely time (left) when I realised we were supposed to be in London for the day! Cue a big rush and myself and two girls were on the train 30 minutes later.I love 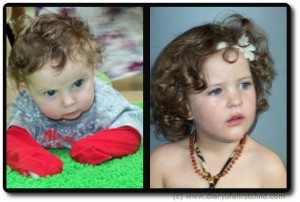 We attended the Boots Christmas in June event, and then the Conran one, which were unfortunately on opposite ends of London and led to a crazy rushed day. Ironically, compared to the previous days failure in motherhood (a bad day) this was a really lovely day between my girlies and I. The events were fab! I’ll write more about them in the coming weeks, but the most memorable thing about the whole day can be summed up in this tweet:

Met @markhillhair yesterday. First time I've ever met a 'fashion/beauty' person that didn't leave me feeling inferior. He was lovely.

I wouldn’t have been able to tell you a week ago who Mark Hill was, and I don’t suffer from low self-esteem or anything, but he was so lovely, it really struck me and still does when I think about it a week later!

We had a quiet day at home with our friend Yuri and his son. Ameli was at playgroup, so it was just babies eyeing each other out, which is rather sweet! Oh, and Avi is finally fitting in her funky Baba & Boo nappies!

We were gifted a sand table, something I’ve been wanting for Ameli for ages, but haven’t really been able to afford. She absolutely loves it – it’s just unfortunate the weather hasn’t allowed us to be out more! I love these pictures. I just put sand and water in the table and left Ameli to play, and next thing she was watering the garden and whatever else. It was lovely to watch. 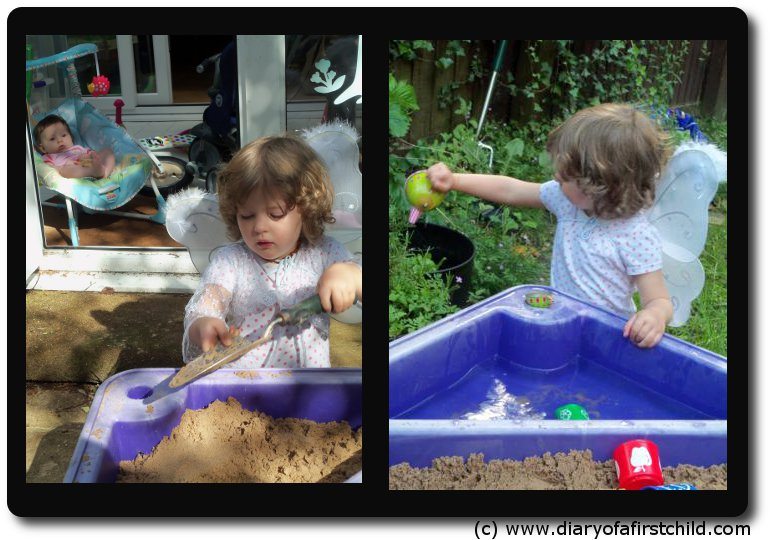 So I have no pictures for today, other than bits and pieces of playdough. What is it with my child and the need to mix things? I made some textured playdough and some plain, she wasn’t fussed and just squelched them together. In future I’ll be doing two colours that blend to make a new, third colour! 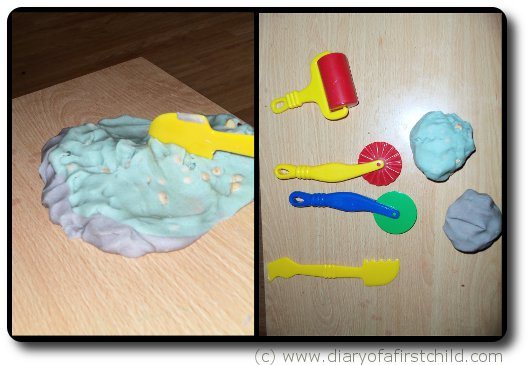 I am so not big on messy play, it really makes me cringe. But I’m learning, and I’m trying. 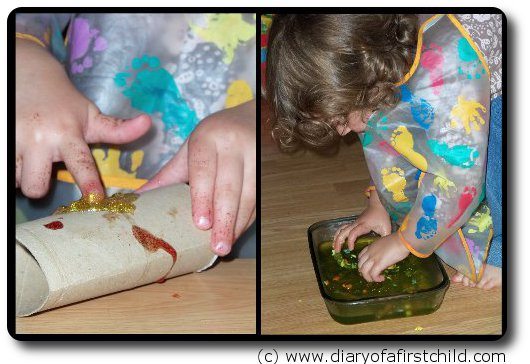 Okay, a totally lame day, and all I did was do some make-ahead snacks, particularly for Ameli. (When I say lame day, I just mean a work day, not orientated towards motherhood or my girlies. A MFD/WWD – mama fail day/work win day – in all it’s glory. Anyway, I made mini-quiches so I could freeze them. Not too shabby. 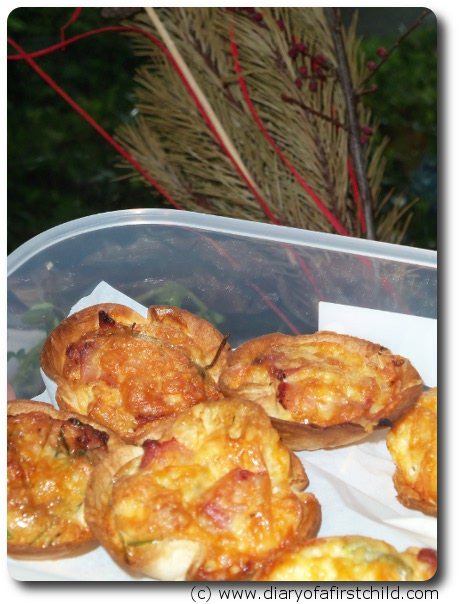 This was one of those days. You know the ones? All your toddler can do is say no, no, no, and all your baby can do is moan? Well, I’m a big believer in the power of water for calming and bringing relief, so by ten this morning, I couldn’t take anymore and was becoming Shouty Mama. I asked Ameli to pick a colour – pink is her current favourite, despite my best efforts – so I poured red food colouring into the bath water and walked round the house finding as many pink things as I could that could add sensory activities to the bath. It worked really well – an hour and a half later she was out and ready for nap time! 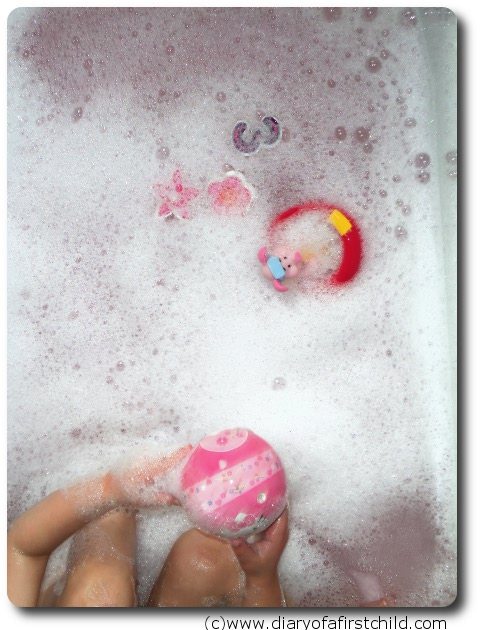 *Linking to What Mothers Do as I wish for every mother on the planet to read this book. It’s essential reading for finding the value in motherhood!