The year Ameli was born, I wrote a series of breastfeeding related posts as a first time mother, entirely in love with breastfeeding. I wrote about the things I wish I’d known before I started, and about some of the very rarely known facts about breastmilk as well as reintroducing breastfeeding if you had to stop for any reason.

By the time my second National Breastfeeding Awareness Week rolled by, I had entered into the domain of ‘extended breastfeeding‘, and attended my first breastfeeding flashmob.

In the blink of an eye, it seemed, it was the third National Breastfeeding Awareness week of my parenting time line, and I had been breastfeeding through pregnancy, through Hyperemesis Gravidarum, and breastfeeding a toddler. In fact, last year all my posts for Keep Britain Breastfeeding were around the theme of tandem breastfeeding.

As much as my own journey of breastfeeding has progressed and developed, and my babies have grown – both of whom are still nursing – I don’t have a huge amount to add this year, so I thought I’d spend a bit of time this breastfeeding awareness week around the theme of milk expressing and donation, something that has been very close to my heart at times over the last few years, and particularly while I donated to a hospital for their AIDS babies in South Africa for six months.

We all know the benefits of breastfeeding now, but very few people know or understand WHY anyone would choose donated breastmilk over formula for new or preterm, or otherwise unwell babies.

Please understand this is not about guilt or about having done it wrong if you’ve chosen differently. It’s about sharing information so that mothers can make informed choices going forward. And if you have questions regarding breast pump covered by insurance, make sure to call your insurance provider. 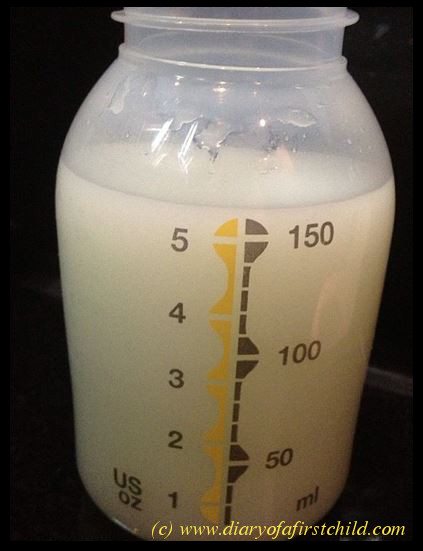 The World Health Organisation recommends milk given to babies should be breastmilk. If that is not possible, donor milk is the next best option. This often raises questions for people, because we trust something that comes from a shop – they wouldn’t be able to sell it if it wasn’t safe, right? – over simply trusting other people, and often for good reason.

Unfortunately, statistics around milk donations and recipients are ridiculously hard to come by. I’ve been trying to find out who the greatest users of donated breast milk are – as far as I can tell it would be the roughly 15 million premature babies born every year, but don’t quote me on that – and also whether there were reported problems or statistics on actual contamination or illness from donor milk, but again, this hasn’t been something I’ve been able to find any information on.

So, with donated milk being in many ways, such uncharted territory, why would anyone choose to use it over easily accessible formula? According to research from 2007, babies who receive breastmilk, even donated breastmilk, are at much lower risk of Necrotising Enterocolitis, the second most common cause of morbidity in premature infants, the condition where portions of the bowel undergo necrosis – tissue death. Incredibly, the risk is reduced by a whopping 79%. In statistics related to babies, that’s huge.

Breastmilk is also easier to digest. A preterm baby’s gut is very delicate and it absorbs breastmilk more easily because the balance of proteins is different, and designed for the human gut.

I’ve been searching for stories on milk donors causing a child to become ill, or spreading disease, or causing problems, but I’ve not had any jump out at me. Milk donors are themselves mothers to babies or young children, or in some very sad cases mothers who have lost their babies and want to give something of that baby to help other mothers and baby dyads, so I can’t imagine that a mother would take illegal drugs, or do anything that would be a problem in her own milk.

Speaking to mothers of babies who had to use donated breast milk in the early days, I asked them what they felt the benefits were of using donor milk rather than formula.

Jorje from Momma Jorje‘s son Spencer had some trouble with his oxygen levels at birth. He also had a little trouble with the suck, swallow, and breathe reflexes, so he would get tired out while nursing. She had to breastfeed him, then top him off with a bottle, which was much less work for him. “I could have just done bottle, but I wanted him to nurse.”

Jorje wanted to use a breastmilk donor, because she felt donor milk was less likely to be accidentally contaminated. “You never know when there is going to be a recall on a commercial product, but with breastmilk, if the mother had turned up with food poisoning, she’d have known long before I actually got the milk”.

Kellie, who writes at Our Mindful Life, found out her son had a tongue tie and was only able to get it clipped at 7.5 weeks.  In the meantime, he wasn’t able to nurse or suck and wasn’t gaining weight. Kellie was pumping milk, but wasn’t able to pump enough to give him her milk exclusively, so she also gave him a few ounces of formula every other day.  “After a few weeks, he also began to show an allergic reaction to the formula.  We were told that if we couldn’t get him breastmilk to take him to the hospital and have him admitted.”

Asked what she felt the benefits of donor milk for her son were, Kellie says, “For us, it was hugely beneficial because it kept him out of the hospital, and kept him from having allergic reactions.”

Melissa W. had a terrible experience with her daughter losing 40% of her weight in two weeks. At 8 weeks she switched to formula, but two weeks later, Arwyn developed Respiratory syncytial virus (RSV), got a lot worse before she got better. After three more weeks on breastmilk, the doctor recommended swapping to formula full time, but Arwyn was throwing up everything. A week later they went to yet another doctor and discovered that she had a Milk Protein Sensitivity, and formula made her ill, but breastmilk, with or without dairy, was fine. Since then, they’ve been using donor milk, and Arwyn hasn’t been sick again.

These are just three stories of donor recipient mamas and their little people. Read more the rest of the week to find out more about their experiences as breast milk recipients.