I told you some months ago that I had written an eBook. With Christmas, my mother’s sudden passing and everything else that’s been going on, I just haven’t had a chance to tell you about it, so I thought I’d do so now – hopefully giving you something to stave off the sugar cravings, and have guilt free snacks, and stick to whatever resolutions you may have made for the new year.

Some favourites from others who have tried the recipes have been the Raw “Ferrero” Bliss Balls and the raw Chocolate Coconut “Bounty” Bliss Balls.

In fact there has been some wonderful feedback on Bliss Balls For Beginners. Have a look at these: 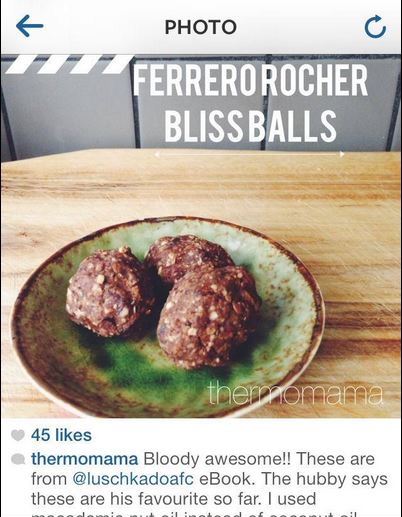 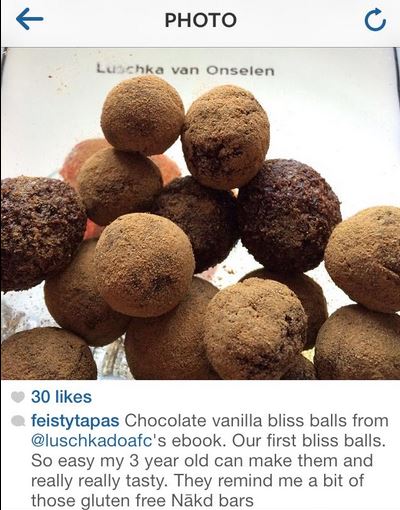 There are two buying options in GBP and US$ for Bliss Balls for Beginners, should you want a copy for yourself. Either click on the Kindle or the PDF versions below.

BUY THE KINDLE VERSION IN US $

BUY THE KINDLE VERSION IN GBP:

If you have it, love it, or have tried the recipes, let me know what you think!

Foraging for Food – Dandelion Fritters
I Can Cook’s Spiced Fun Buns Recipe (Adapted)
Batch Cooking For The Freezer: A Babymoon Menu
Under The Sea Birthday Party