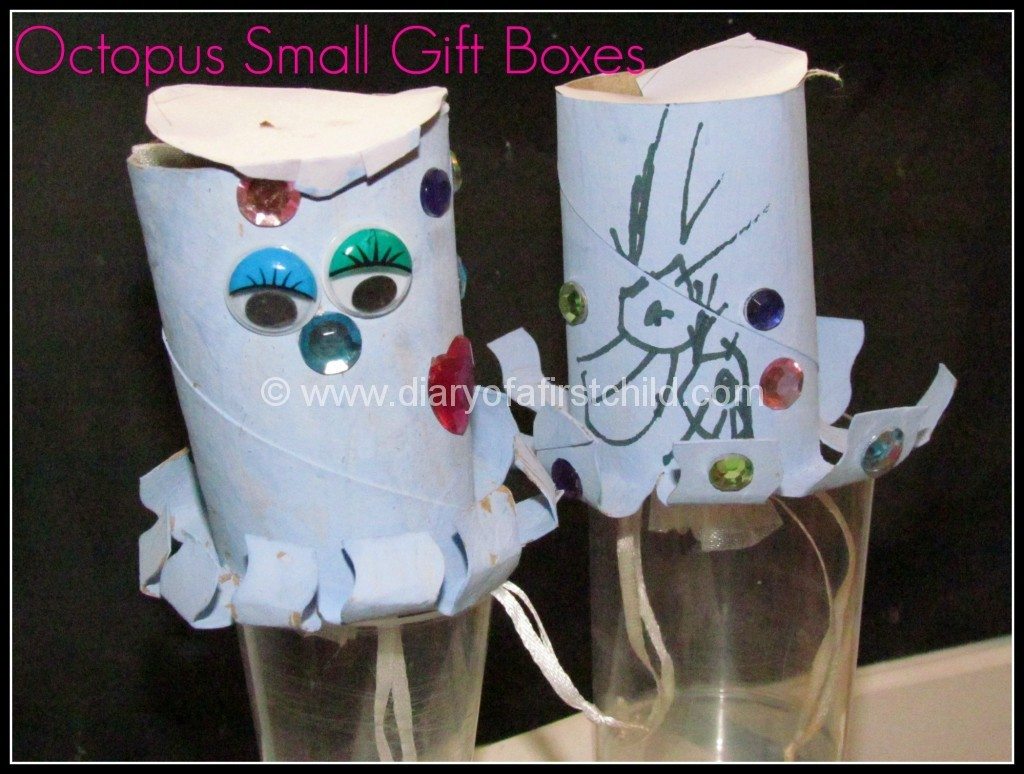 My girls climbed in a box a few weeks ago, and asked me to ship them to their Oupa – my dad, in Australia. I didn’t do it, I would miss them too much, but I did think that it would be a good idea to send my dad a parcel with little bits and pieces made by them, which we’ve been working on.

One of the goodies we made was octopuses from toilet rolls, which we then filled with sweets.

How To Make An Octopus Gift Box:

Think about how you’re going to do it first. The keen among you may have spotted that our octopus has 10 tentacles. It’s a GMO Octopus.

Next, paint the octopus, making sure to paint the top and the bottom of the tentacles, before ‘curling’ them up by gently pressing them upwards.

Once the paint has dried, decorate the octopus, so we can turn it into a gift box.

We used jelly beans and stuffed them inside organza bags.

Glue the bag gently to the inside of the toilet roll. I used a glue gun and just made two glue dots.

Finally, trace the outline of the top of the octopus, and cut a circle with two ‘tabs’ on either side so that you can fold them over and glue them to the inside of the toilet roll, creating a ‘lid’ for the octopus’ head, and a cover for the sweets. In the picture I haven’t glued it in yet, so you can see the tabs.

With the organza bag, the string looks like further tentacles… because eight are clearly not enough!