Well, I should say, “How the Pre-School Run Drove Me To Planning For Home Education” because that’s where we are right now, on that cusp between the final term of preschool and the first term of home schooling, home educating in the UK, our four and a half year old Ameli. 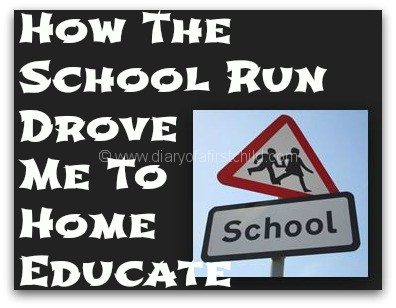 Ameli’s been going to pre-school – a play group in a church – for over a two years now, on and off. She goes three times a week, for three hours. It’s not so short that I can’t do anything with that time and not so long that I can do a lot. It’s just enough time for her to have a fabulous time playing and learning and being part of a group. It’s been a time for us to see her through someone else’s eyes, and a time for her to enjoy – she’s been independent since the day she was born holding her own head up to look around – some of that independence all of the Western world seems to want our infants to have.

My pros were easy: me-time, time with Aviya, time to pursue some of my own interests again. The cons were even easier: SCHOOL RUN. Yip, just the one.*