The Frozen fun continuous here as my two sing and dance their way to Let it Go – that’s one thing they’re not doing – letting it go. But it gives us a lot of fun along the way, and Frozen gives us the opportunity to talk a lot about sisters, and sharing. Ameli has aligned herself as Elsa, the older sister, with ice power, which left Aviya feeling a little sad as she didn’t have any powers. We decided that Aviya’s power was love, and that love is probably the most important power.

I decided for this particular day’s fun and games, to go back to making little tokens from Skrinkles, and go for a sensory play activity, which of course turns into three activities, really: 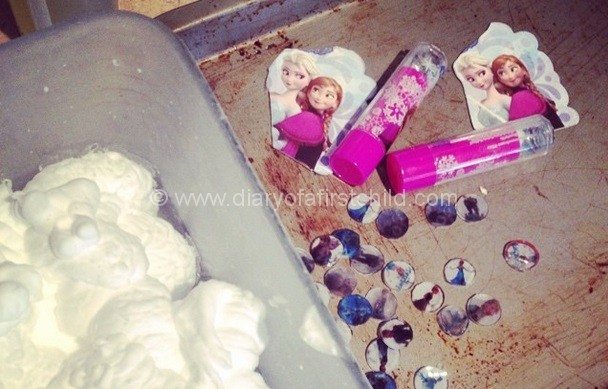 Shrinkles* are a staple craft product in our house. If you use the right kind you can print directly onto it saving yourself loads of time and effort.

I Googled Frozen Edible Toppers and printed off one of the groups of images I found there. The ones with the white background* came out better than those with the blue background.

I have a heat gun, which we used to shrink these Shrinkles, but the oven works perfectly well. 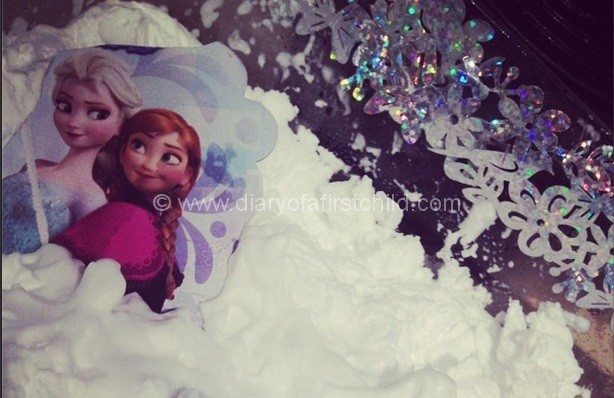 For the snow play, I went to the Poundshop (Dollar Store) and bought cheap sensitive colourless shaving cream. They also have Disney Frozen themed lip gloss, so I bought two tubes. Back home, I filled a glass dish with the whole contents of the spray can and put the shrinkle disks and the two tubes of lip gloss in with it, before popping it the freezer for a few hours. 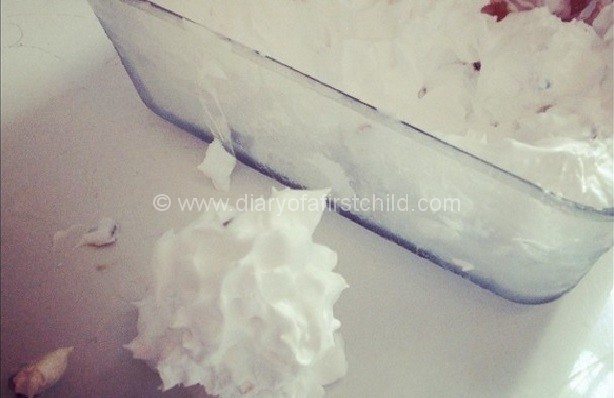 I am okay with mess, to some point, but wasn’t in the mood for it yesterday, so I put the girls in the bath in their costumes, with the glass dish of ‘snow’ and left them to search for tokens and treasures, and build snowmen. They had a lot of fun, and loved the feel of the cold between their fingers and they soon got messy enough to make me very glad that I had put them in the bath!

A quick shower and all the shaving cream was gone, leaving them ready for their bath.