At the very end of last summer we were sent a Skandika Teepee tent to review, which we took out in the last week of the summer season at our local holiday park. We were offered a number of different tents, some very practical for families, some great for erecting single-handedly, and everything in between. I really had my heart set on the Teepee -style tent, and despite the warnings from Skandika that the tent didn’t have a sewn in groundsheet, I really wanted it, so they were kind enough to send it out. 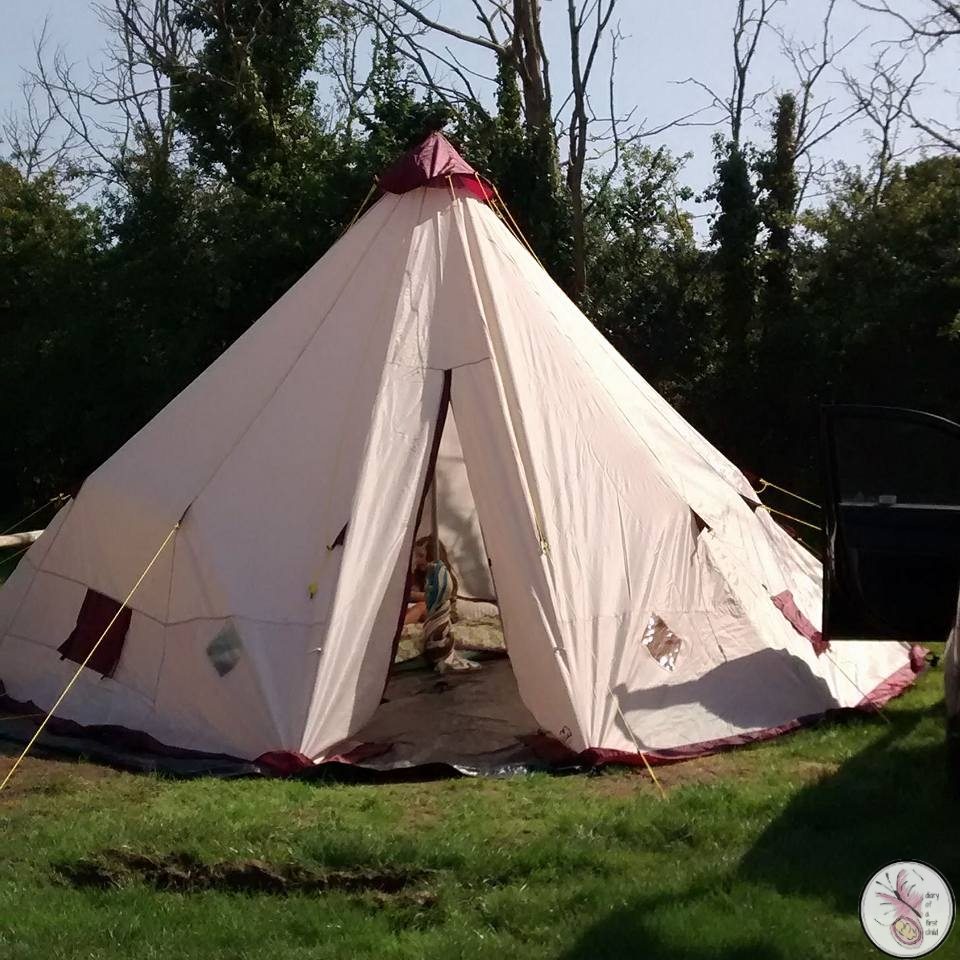 Things I loved about the Skandika Teepee:

I love the look of it, and the design. I love that I can stand up in it, and that there’s so much room, you can actually enjoy yourself, even on a rainy day – which let’s face it, if you’re camping in the UK, you’re bound to come across.

I love that it has two doors because it is a polyester tent, so when the sun is baking down on it, it can be really, really hot. Having the two doors open allows the wind to blow through, cooling everything down. This is a real winner!

I love how easy this tent is to put up. I put it up on my own with two little helpers and it took us less than 20 minutes, including having to move it as we realised that one side of our pitch was slush and the other was cement. The main thing is to make sure that you have the guide ropes in the centre laid out properly, otherwise it’s all skewed and takes forever to figure out.

I love how it looks on a field, with or without other tents around. It stands out as different from most other tents. There might be regular tents, or bell tents, but ours was the only teepee tent. I really liked that.

I also love the golden colour of the sunshine through it on a bright morning. 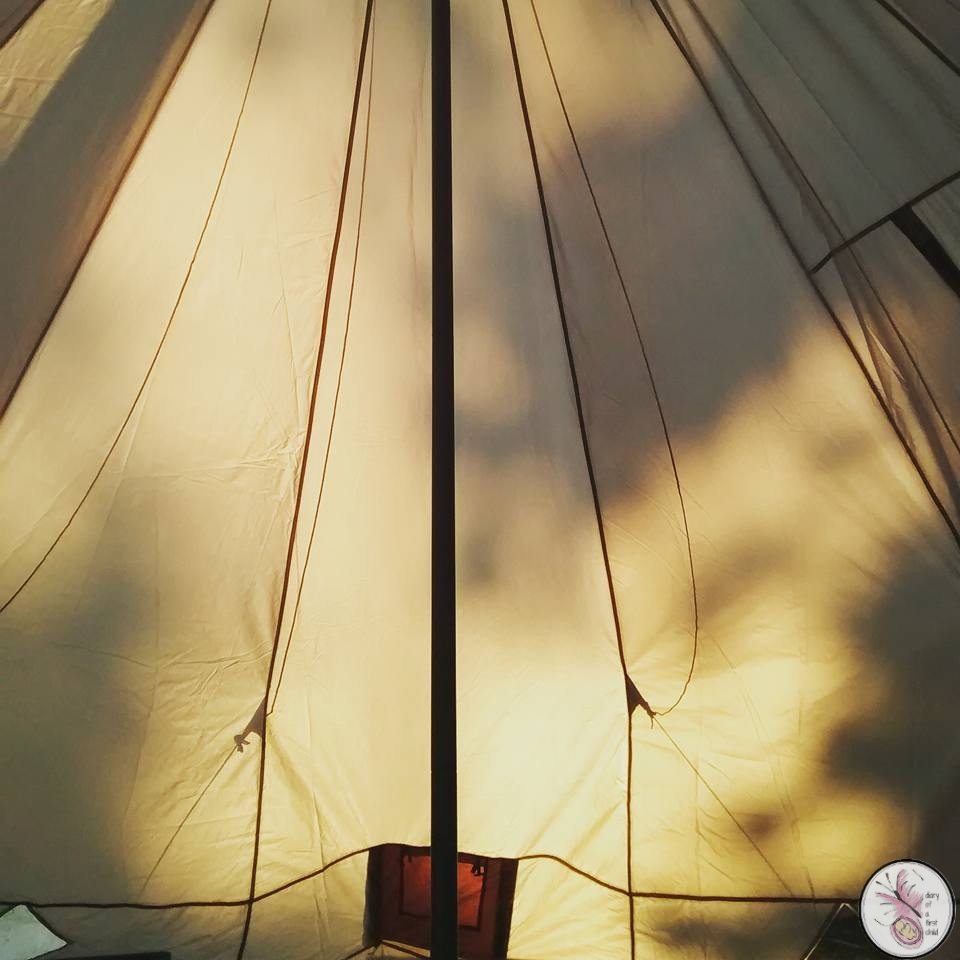 Things I didn’t love about this tent:

Okay, so the fact that the groundsheet isn’t fitted bothered me a lot more than I thought it would, and I was warned about it, so it’s not fair really to put it in things I didn’t like, but at night, it did feel that the lack of sewn in groundsheet (combined with the really soft ground) caused the tent to billow above our heads. I did find that unsettling!

The only things I thought were actual ‘flaws’ in the tent though, were the windows. Some of them were windows that you tie up, and some are the pretty plastic diamonds. The problem is, there’s no way of closing the diamonds, so anyone walking past can see in. We put suitcases and backpacks in front of them. The other thing is that the ones you could cover you could only cover from the outside, so you had to head out of the tent in your pyjamas to do them up in the middle of the night. Not really ideal.

So for me, this isn’t really an overnight tent, which is unfortunate as they are a few design issues that could be changed to make this a superb tent. That said, if you’re camping in a group this could very easily be your central, communal area between your tents, giving you a covered space to be together away from the elements. It is certainly spacious enough!

So what is the Skandika Teepee good for?

We used it for Aviya’s birthday party in March, decorating the inside and put all the food inside too, so the kids could run around in the marshy field we were in, but have a dry floor to sit on to eat and play party games. If we had a big garden I’d put it up without the groundsheet all summer long too, as it would make a perfect summer house, of sorts. It’s a fantastic event tent, able to hold at least 15 seated people, which is what we had in it for Aviya’s birthday party.

I have to say, despite the windows and the groundsheet, I still love this tent. If I knew we’d have good weather the whole trip, I’d love to sleep under this tent without the groundsheet. Couldn’t get much closer to nature than that.

In terms of Skandika as a brand, however, I have nothing but good things to say about this tent. It held it’s own in the wind, the pole is sturdy, the stitching is good on the tent, and I would happily try another Skandika tent, because I can’t complain about the quality!