I wrote a post recently about Little Passports – the World Explorer subscription – and how much we loved it. We have also been receiving the subscription for Early Explorers and if it’s possible, I love it even more.

The Early Explorer Little Passports set is aimed at pre-schoolers, roughly aged 3 – 5, but I would say that activity books aside, it’s also perfect for anyone with little or no previous knowledge of geography. 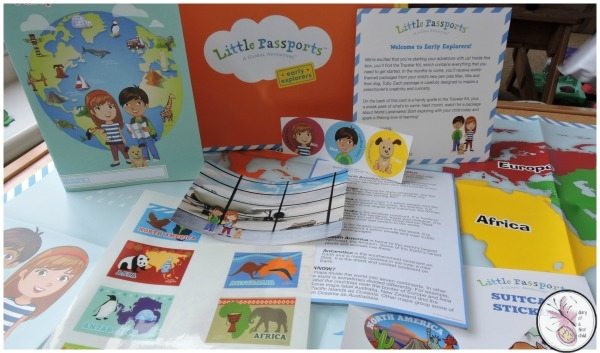 Like the World Explorer set, your first delivery of the Early Explorer set comes with a cardboard suitcase, a workbook, an introductory letter written by your friendly explorer pals Max & Mia and their dog Toby, and a postcard of them about to head off on an adventure too. And there are lots and lots of stickers. My six year old has really benefited from having both sets, as she can learn from the set for her younger sister too. 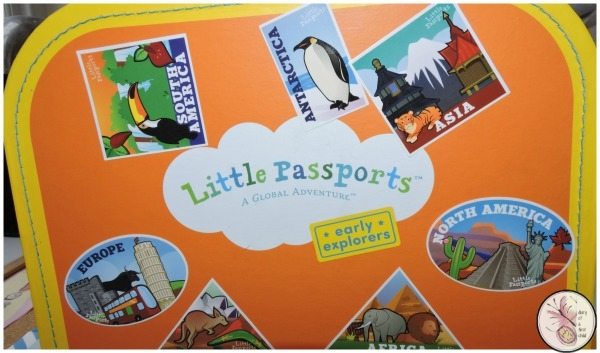 As compared to the World Explorer subscription, the Little Passports Early Explorers takes a much broader view of geography, so for example the map doesn’t show countries and major cities, but just shows continents. The topics aren’t as specific as the older children’s set. Rather than specific countries, it focuses on things like landmarks and music. 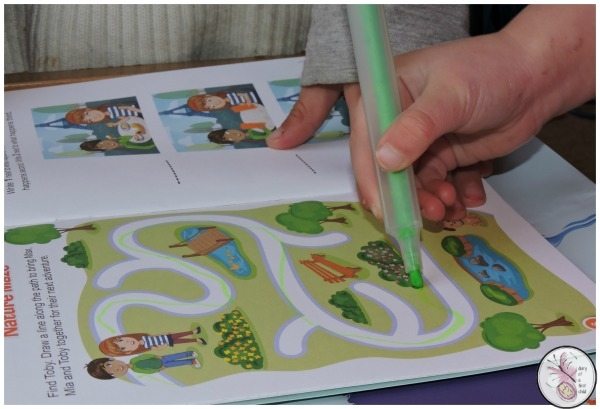 The workbooks for Little Passports  Early Explorers are quite simple – definitely suited to the 3 – 5 age group. They have paths to trace and fun activities, all tied in to the theme.

The stickers are great for decorating the case, and the box also came with a luggage tag, so it feels fairly authentic. The kids just love it and I find it really exciting. Each box gives you hints as to what’s in the next box, which I love, because it gives you a month to collect things to make it into a real immersive learning experience.