This week, on Roald Dahl’s 100th birthday, we combined Matilda’s boats and our feelings and emotions themes and made paper boats, which we set free on the ocean.

“So Matilda’s strong young mind continued to grow, nurtured by the voices of all those authors who had sent their books out into the world like ships on the sea.”

I guess it speaks to what’s always been my attraction to the ocean – the freedom, the weightlessness of water, a whole world of separate reality.

The kids have had some difficult news this week, so I’m very conscious of their feelings and fears right now – more than they seem to be, since they need some prompting about things that they may be worried or upset about. Never the less, identifying your worries and setting them free is a useful skill to have, and one well-started in childhood.

There are many tutorials on-line on how to fold a paper boat, so I won’t remake the wheel, but instead will share one here from Big Enough Umbrella as I found it the easiest to follow: 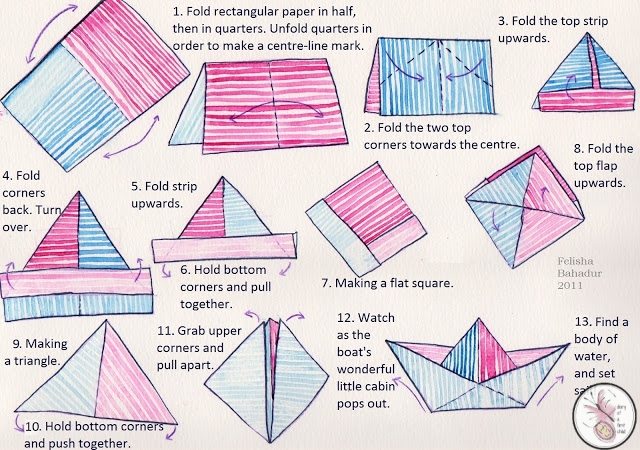 I gave the children a marker pen and paper and asked them to write (or draw) their worries and fears on it.

We went through the folding steps together… 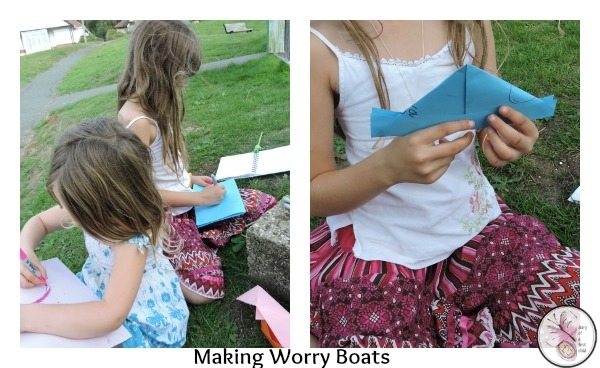 … and then set them to sail away on the water with a little prayer.

TIP: Ameli managed to throw her boats overhand (like a cricket ball) and without fail they landed the right side up and set sail. Ameli tried to place hers in the water, but most of them tipped and were soaked pretty quickly. It seems like ‘casting’ your worry boats is definitely the best way.

Writing your worries down, giving them credence, allowing them to be noticed, is often a big step in overcoming and conquering them. (And for the grownups, Parenting in Tough Times* can help you here too!) 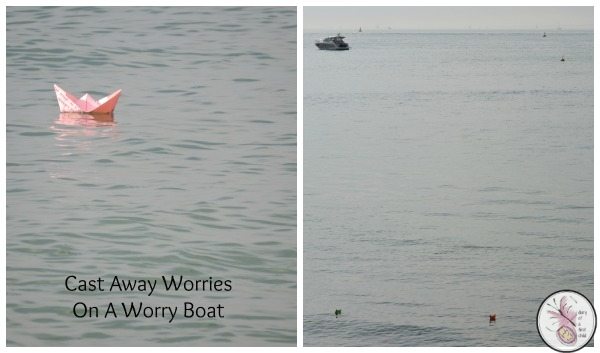 P.S. I did have a slight pang about littering in the ocean, but I looked it up and the paper would be disintegrated within a day and biodegraded completely within six weeks, so it’s not that bad. I hope.

For more ideas on feelings and emotions, click on the image below: