Project Mc² is back on Netflix UK with new episodes, and an accompanying new product line based on the Netflix series.

If you aren’t familiar with Project Mc², it’s a series about a team of six super-smart girls who use their love of science and spy skills to undertake missions for a top-secret, all female organization called NOV8 – or innovate – to us less acronym savvy.

The six main characters are McKeyla McAlister (Mc2), Adrienne Attoms (A2), Camryn Coyle (C2), Bryden Bandweth (B2), Ember Evergreen (E2) and Devon D’Marco (D2), and each girl has an area of speciality. McKeyla is a spy, Adrienne is a culinary chemist, Camryn is a whizz with electronics, Bryden is the online guru of the group, Ember can grow pretty much anything and Devon is an artist extraordinaire who opens up to the group in this latest series.  Each girl ticks at least one of the STEM/STEAM boxes, many tick more, and while their interests are varied, they make a great time when they work together. 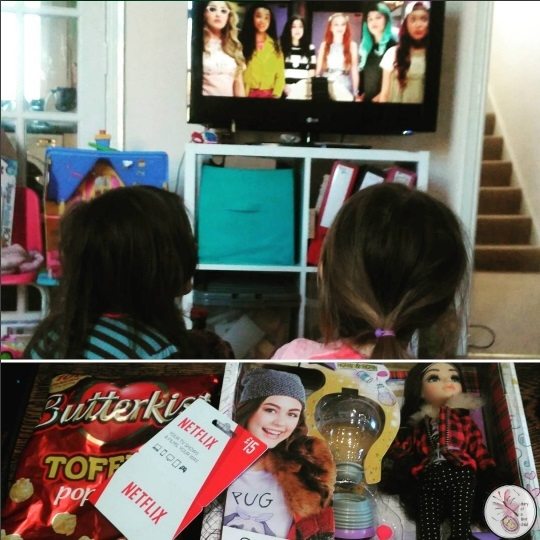 In the new episodes and old character returns, and the girls have to use their smarts to not only save him and save the day, but there’s romantic progress for McKeyla and Kyle Lewis too.

While the show throws out big words from time to time (mostly chemicals) there’s not a huge amount of education that happens just from watching it, and a lot just ‘works out’ for the characters, but it’s a series aimed at young girls, so you have to watch it with that filter. While I still find the girls a bit vapid-with-smarts, they’re much more interesting and much better role models for girls than many other traditional girl stereotypes I can think of.

There are some general themes that make it worth watching, if you were doing it for entertainment only, like the introduction to the concept of girls-who-love-STEM/STEAM, the value of teamwork, standing by your friends and standing up for yourself. There’s also the ‘girls can do this’ idea, which isn’t bad to start reinforcing from a young age.

Aside from the Netflix show, however, there are also a whole range of dolls to go with the characters in the series. We’ve had a few of the dolls, and we currently have Ember and McKeyla too (Adrienne is in the toybox, but she is a science experiment gone wrong as she seems to have lost all her limbs!)

Each doll comes with accessories to support her character, so for example, Ember came with a hanging garden terrarium, and McKeyla comes with a glitter lamp that only conducts electricity when the bulb is filled with water, so it only lights up when there’s water inside. 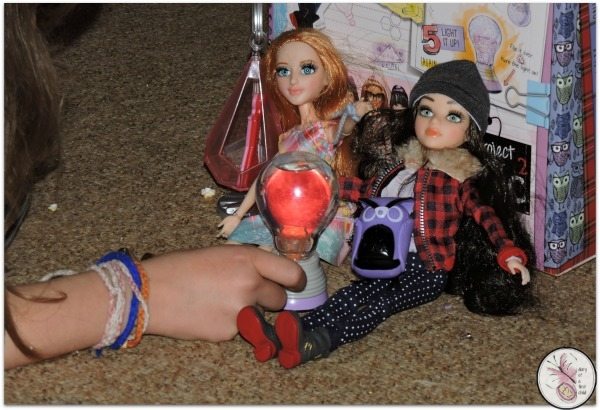 Off the back of figuring out how McKeyla and her lamp work, we did a bit of learning around the subjects of electricity and static electricity – we continued on with experiments with balloons repelling each other, and repelling water and moving cork around a bowl of water without touching it- a whole range of experiments from our science folder.

And of course, the girls spent an entire afternoon spending time playing with the new addition.

So while the show itself is enjoyed, and the doll on it’s own is loved and played with, the true magic of Project MC2 is how it introduces subjects that have historically not been aimed at girls, and makes it relevant to them.  It’s up to parents, educators and the girls themselves, however, to really turn it from entertainment to education.

Lava lamp, oil and water experiment though she added salt to make the bubbles. When #STEMgirls get excited about things. #mckeylamcalister #emberevergreen #projectmc2 #STEM #STEAMstream @netflixuk 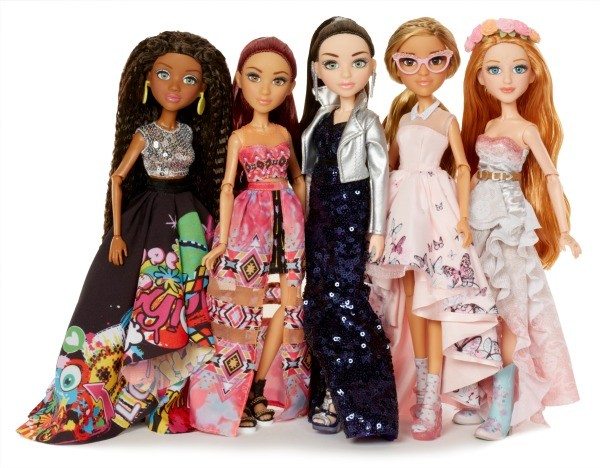 You can read this post on the spy bag; it’ll give you an idea of how the accessories and extras are still appropriate after the screens are switched off.

We received McKeyla and (a few weeks before) Ember free to review. Opinions are our own.

Mamatography Week 17: All About The Girl(s)
Mothers Need To Become Selfish
Mamatography 2014 – Week 1: La La La La La
Thou Shalt Not… Judge Any Other Parent