Today is voting day in the UK. Every newspaper, Facebook, every conversation is about this election and yet I know so many women who still, half way through the day, don’t know who they will vote for, or even if they will vote.

When someone mentions the word ‘vote’ or ‘election’ I burst out with a full throated:

“So, cast off the shackles of yesterday!
Shoulder to shoulder into the fray!
Our daughters’ daughters will adore us
And they’ll sing in grateful chorus
“Well done! Well done!
Well done Sister Suffragette!”

And like many others, I’ve been quick to say, but you must vote! Women DIED to give you a vote!

Women died 1, were exiled 2, were imprisoned 3, were tortured 4. These women, among them:

But you know what, for many of us, that kind of doesn’t matter. It doesn’t affect our lives today. That was then. So much has changed.

And it has, because of them, and women like them.

And we are the lucky ones.

My daughter asked me today why we have to vote. Why I drag them out in the blustering wind and thoroughly British drizzle, and make them walk up to the Girl Guides building (actually a local church, but that’s where we go for Rainbows) and make them watch while I mark my X.

And I tell them how blessed we are.

We are blessed not only to have a woman on our ballot papers, but to be able to make our mark at all.

Because in other countries, women may have the right to vote, but aren’t protected in doing so. While they may be ‘allowed’ to stand for government, they can easily be left off the ballot paper 5.  And not just ‘women’. This woman, jailed for 37 days for driving 6. Re-arrested this week for campaigning for women’s rights. Not a nameless, faceless mass. This individual, named Loujain: 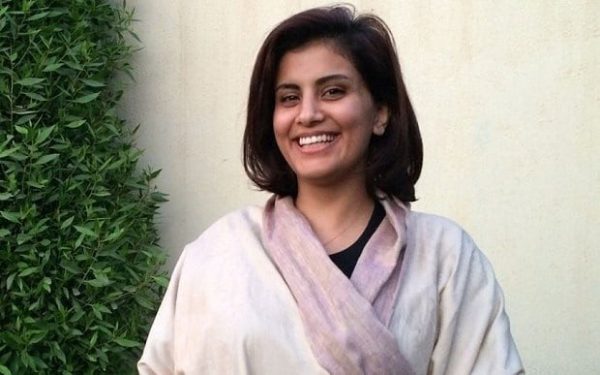 But okay, that’s a far away, it doesn’t touch our lives directly. It’s terribly sad for her, for them, but it’s not really any of our business.

No one is going to chain us and torture us, because we dared to have hope.

We are indeed the lucky ones.

But okay, again, that’s far away, it doesn’t touch our lives directly. It’s terribly sad for them, but it’s not really any of our business.

Vote instead, for them: 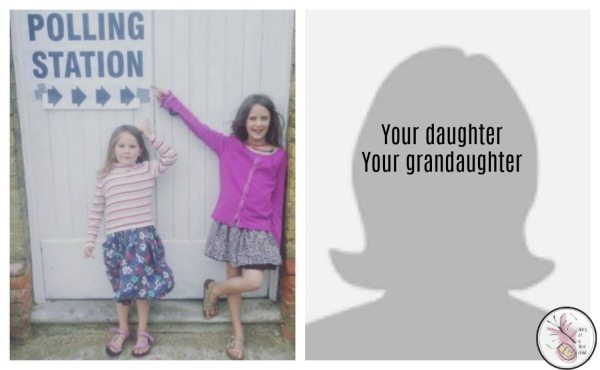 Tell them they have a voice, so that they will never have to know what it’s like to not be heard, never have to know what it feels like to be disallowed, to be unimportant. Make them understand that when something is wrong, they are allowed, required to stand up for what is right, when someone is being trodden on, that they have a responsibility and a right to be the one to say “ENOUGH”.

I want my daughters to grow up with an expectation of equality, an assumption that they have as much right and responsibility as anyone else, to never once even imagine that their opinion should hold any less value.

And so I take them out in the wind and the rain, and I make them stand with me and watch as I make my X so that they know that this, this privilege, this responsibility, will be theirs too.

How To: Make A Rain Stick {{Australia Day Craft}}
Compliment Place Settings {Friendship PlayLearning}
London 2012: A Mama, A Baby, BA And Women’s Hockey
News Of The Week: A Four Year Old Can Be Sued