As you know from our previous posts, the girls are huge fans of Num Noms, and we’ve just recently received some of the new series 4 collections, much to the kiddies delight. 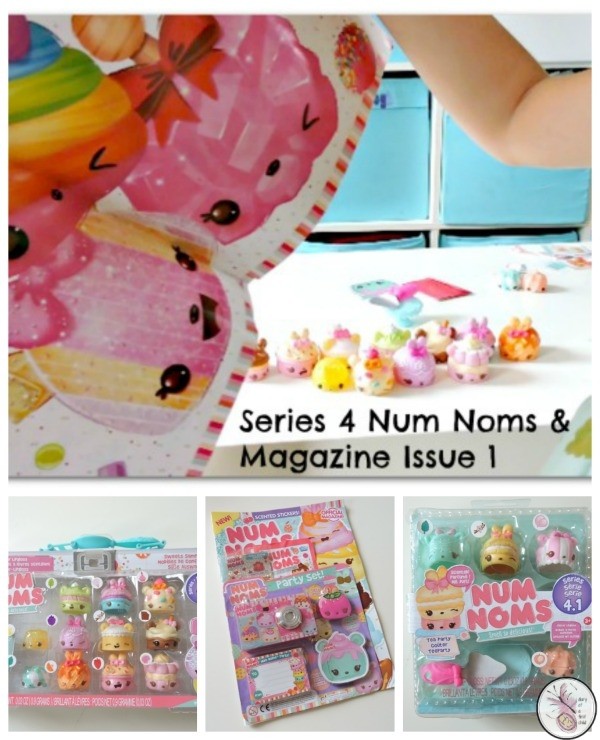 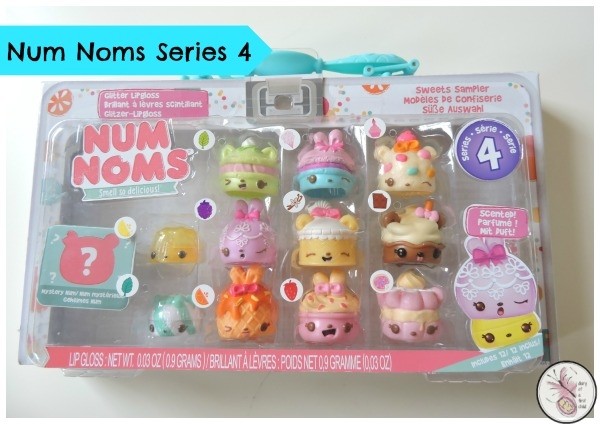 As with the previous series of Num Noms, each pack runs on a theme, including the launch of a new variety of Noms: scented Nail Varnish and flavoured Glitter Lip Gloss. (if you watch the video, you’ll hear Aviya excitedly calling them ‘Glitterfull’.

As the names indicate, our starter pack was a Tea Party, with three scented Nums and one glitter lipgloss Nom. It also comes with a slanted cake tray and a cake fork. 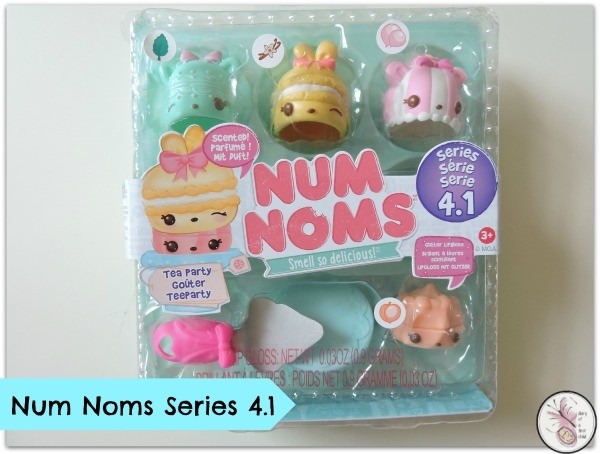 Out of these two series 4 sets, we now own Orange Crunch, Confetti Cookie, Hottie Chocolate, Berries n Creme, Nilla Shake, Bubble Duchess, Violet Contessa, Mint T Cake, Madelyn Macaron, Jan-Illa Creme, Tia Tea-Time, Trois Treats, Sugar Creme, Mint Swirl Gloss Up, Lemon Drop Gloss Up and Peachy Meringue Gloss-Up.  (Also, I love that on the website you can click which ones you own, and then print a checklist with just the ones you own on it. Such an easy way of keeping track of what you have!) 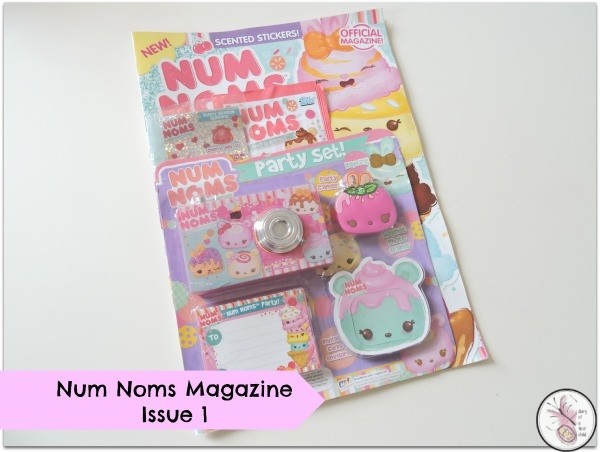 I could go on about all the different Nums and Noms, but I’ll just hand over to the experts, so watch the video to hear what the girls think of the Series 4 Num Noms – especially the Glitterfull Lip Glosses, and an inside peek of the new Num Noms Magazine too.