I get a lot of press releases in my inbox every day, and mostly, I just scan them and move on, but the NSPCC reached out this week asking bloggers to help them spread the word about their new campaign.

If you’re not familiar with the PANTS campaign, PANTS is a tool which parents can use to teach their children, in an age appropriate way, important messages, like that their body belongs to them and that they should tell an adult if they’re upset or worried. 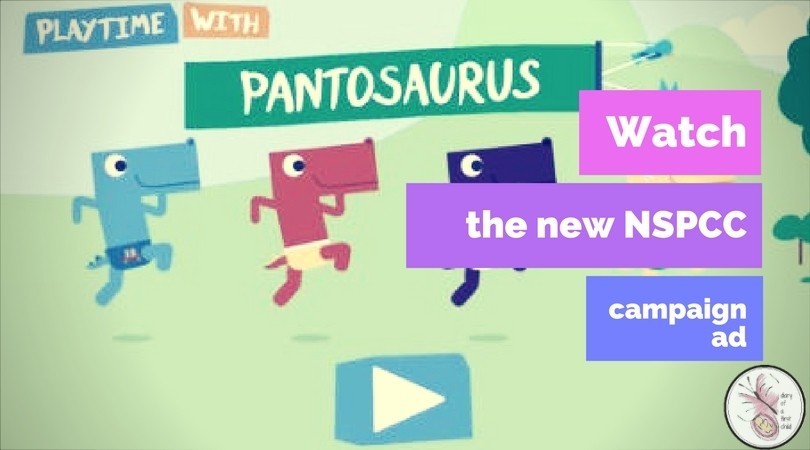 This week the charity, launched a new mobile phone game and began running a prime time TV ad which runs until the end of the month. You can see the ad here:

When you consider that one child in every 20 (in the UK, I suspect) suffers some form of sexual abuse the importance of having this conversation as early as possible becomes so vital.

It is also important to recognise that ‘stranger danger’ now only applies in a small percentage of cases, with a third of all child sexual offences committed by other children and 90% of perpetrators being known to their victims.

The good news is that there is an easy way to talk to your child about how to stay safe without using scary words or even mentioning sex. At the NSPCC we simply call this Talking PANTS.  From P through to S, each letter stands for an important rule for kids to remember – Privates are private, Always remember your body belongs to you, No means no, Talk about secrets that upset you and Speak up – someone can help.

It’s not an easy conversation to have, and it’s not a pleasant one to have to think about, and I know I for sure hope it’s something I never have to deal with, but like many other things – prevention is better than cure.

Helping us to spread this message is Pantosauraus the cartoon dinosaur, who was recently introduced to the world with a catchy song and activity pack and now has his own game which is free to download from the iOS and Android app store.

The game features four mini challenges where children test their skills against Pantosaurus and his friends whilst learning the PANTS rule. The game enables children to have fun while learning about staying safe and what to do should anything happen that they feel uncomfortable about.