We all know the value of STEM toys for children, and maybe even specifically for girls, so when we were invited to review the Geomag Classic Panels set I was well up for giving it a try with my 8-year-old daughter. 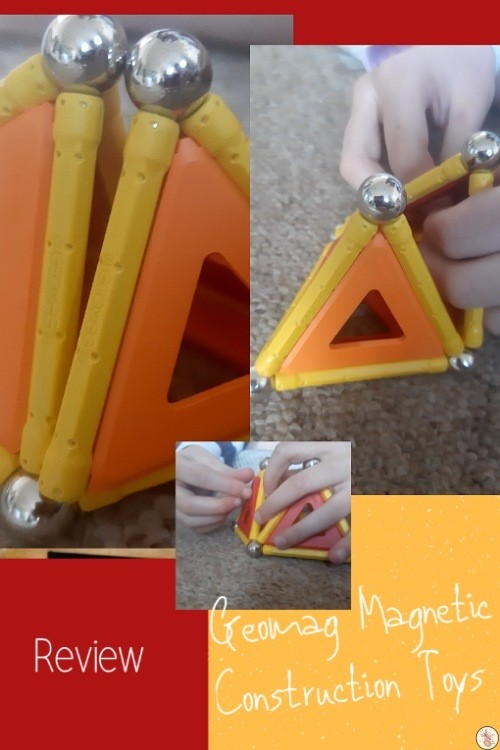 The Geomag Classic Panels set is a 35-piece set of magnetic rods for ages 5 – 99 (because of the small metal balls, I guess; they don’t want anyone sticking those up their noses!) This is very much a basic or starter set, priced at £12.99 and made out of 100% recycled plastic. 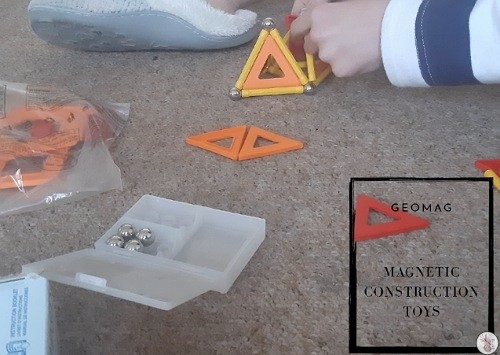 What’s in the box?

In the Geomag Classic Panels set you will receive 35 pieces including 12 rods, 12 balls, 8 triangle sides, 2 square sides and one pentagonal side. The construction opportunities are ‘limitless’ and play encourages fine motor skills, learning by playing and creativity and imagination. The sides come in a plastic bag, but the rods and balls are well packaged in a plastic box. It’s a shame there isn’t a similar casing for the sides, but on the upside, you won’t be chasing balls and rods around a toy box. I was quite pleased with that. It does all come nicely packaged in a recyclable box, but that hasn’t withstood too much child’s play.

How does it work?

The rods are magnetic, and the balls are metal balls. It works by either attaching balls to the rods, getting them to ‘stick’ together, or attaching the sides or the rods to the balls or each other. As such, the options for creating are really quite endless.

There’s just one problem with this particular set – as I’ve mentioned, it’s a bit of a starter set. There simply aren’t enough pieces to really do anything. For example, we tried to build a 3-D house – think gingerbread house – and managed to build the walls and half of the roof. So we broke it down and made a couple of triangles, which was fun, but ultimately there just isn’t enough in the set to make anything complete and exciting on its own. It’s a great introduction for little ones, nearer the 5-age, I suspect, but when my 8 and 11-year-olds got stuck in, they found it frustrating that there weren’t enough pieces.

However, in terms of games and STEM toys, a price tag of £12.99 is surprisingly low, and if the rest of the sets in the series are similarly priced, there’s little reason why not to add to it. As an introductory set, it’s really good value. (You could go or twice the price and three times the kit with the 104 piece set, mind.)

We also found that the silver balls worked well with the MagnetCubes set, which added another element of fun. 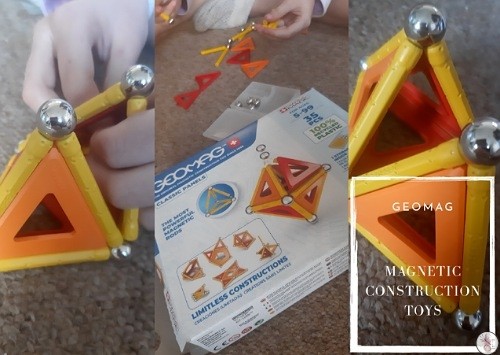 I think my girls were probably a bit old for the level of engagement this set on its own offered because the number of pieces were a natural limitation. If we had 100 more and they were able to build a multistory structure it would have naturally held their attention for much longer, but that’s absolutely no fault of the set – it just means I need to add to our collection. They did enjoy combining sets, and I could see its application in integration with LEGO and similar constructions toys. I also found the price to be a really appealing aspect of this particular brand.

You can find the Geomag Classic Panels on Amazon or at Smyths.