I have not written anything in a while. Not because there’s nothing to write, but because once things are down in black and white, it becomes impossible to take them back.  If said, you can always deny the charge, but once written they stay written forever.

This is a very difficult and somewhat lonely time in the pregnancy, I think, because the mom-to-be is the only one who ‘sees’ the pregnancy.  The dad-to-be can’t really be involved yet, because there’s nothing to be involved with, and the same goes for family. Where friends are concerned, all that’s happened is that you’re not really around much anymore.  Or maybe that’s just in my case. 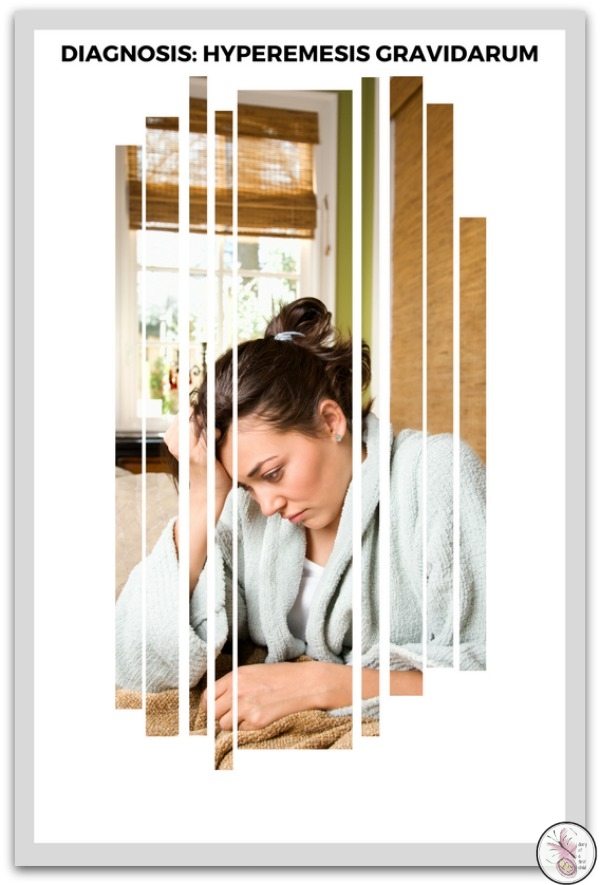 I have been suffering from unbelievable morning sickness – well “morning sickness” is a misnomer – it’s sickness every time I eat or drink pretty much anything no matter how many times a day, what time of day, where I am or what I’m supposed to be doing.  By the time my dehydration, retching and general misery had reached a climax, my mom (who is currently practicing as a midwife in Australia) sent me information on a condition called Hyperemesis Gravidarum. Yes. That’s about as pleasant as it sounds. I went to the doctor’s surgery and saw the fifth new person, we’ll call him Dr. W,  in a row, gave him my diagnoses (to which he responded “O, yes. That is what you have!) and began discussing treatments with him.

I will spare you my rant, but in short, Dr.W wasn’t really helpful. His most common response to symptoms was “That’s horrible” and his summed up treatment plan was “Grin and bear it. Lots of women have morning sickness”. Fortunately for them, lots of women do not have Hyperemesis Gravidarum.  The symptoms, in short are:

The weight loss is not a problem – I’m quite pleased in fact, getting dressed this morning, I found I fit into my old smaller sized trousers – so long as I don’t do up the top buttons, what with my slightly distended belly and all! The rest however, is torture. Planning your day around trips to the bathroom, being really thirsty but knowing drinking anything will make you run out of the meeting you have to endure with people drinking coffee (currently one of the worst smells in my world!)

Hyperemesis Gravidarum was, years back, considered to be a psychological disorder. Medical professionals believed that developing HG was a symptom of an unwanted baby. What an awful misconception. If anything, it’s life with your head in a toilet bowl that makes you doubt how much you wanted the child!  Now, I’m not saying I’m doubting wanting my baby, but I have to tell you there are some days where ‘is this worth it’ crosses my mind!

Fortunately I’m a child of the enlightened age, but I cannot help but feel deep pity for the years of agony and guilt desperately ill women must have felt! To quote a bad doctor… that’s horrible!

Dr. W gave me some medicine that they usually give to cancer patients undergoing chemotherapy! He says it’s safe, but I did some research myself and it hasn’t even been tested in pregnant women in proper clinical trials yet, so my mom got on the case again and has advised me to use it when i need to but do so sparingly. In the worst cases, Hyperemesis Gravidarum lasts till well after the child is born, but I’m hoping for best case and an end to it in a few weeks.

Our baby is doing well, thankfully.  I had a follow up scan three week ago, and everything is progressing well.  They moved my due date back by two weeks (to 28 September – my brother’s birthday and four days before my own) and decided that I was actually only 7 weeks.  The baby’s heart was thumping away at 152 bpm and s/he had grown so much in two weeks, to 1.3 cm.  1.3cm, with a beating heart and a little skull. It was a magical moment, Martin and I shared watching our baby on the screen.  It wasn’t like it is in movies where people pretend to see it but don’t really. Our little Button from the last scan looked like a little person with a head and partially formed body. So beautiful to see.