After taking those pills all last weekend, I decided not to take them during the week, since I don’t know what they’re doing to you in there. By 11am on Monday morning, I had vomited 7 times, and all I could taste was bile. My stomach was hurting; I was shaking, and went to sleep. Daddy was trying to cope with Ameli and trying to work, so when I woke up, I took the tablet, and have done so for the rest of the week.

As a result, we’ve had an okay week. I haven’t been taking the full dose, and have only had them in the morning, so by evening I feel pretty rubbish again, but at least my ketones are negative, and I’m not dehydrated â€“ although the last time I weighed what I weigh Â now was in 2004, and I’ve lost about 8% of my body weight so far (11% is considered â€˜dangerous’). It’s mostly water-loss though, and will all pile on again once the sickness leaves, if my last pregnancy is anything to go by. 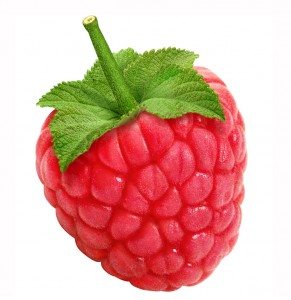 On a good note, we had our first midwife visit this week, and it seems the local home birth team is really into homebirths, and the team leader prefers homebirths over hospital births. You’d think that’s obvious, since they’re called a homebirth team, but sadly it’s not. I know of some teams where they’d rather transfer to hospital, and even Joan, the midwife, said that their team had replaced the previous team as they used to make up bogus reasons for women to â€˜have to’ transfer, so I’m really happy about that.

We went through the questionnaires, and she put your suspected due date at 23 February, which is what I said it would be (by LMP anyway). We’ll see what you do in there though.Â  There’s no rush right now.

Ameli and I flew to Amsterdam yesterday as we’re going to South Africa so Oupa and Nanna and aunty Deshaine can look after Ameli for a while so that I can look after you.

The first part of the flight was okay, and at the moment we’re in our hotel in the duty free area, waiting for our connection later today. I’m exhausted as neither Ameli nor I slept very well, so I’ve hardly slept in two days now.

Since we’re going to South Africa, we’ll miss your 12 weeks, or nuchal fold, scan, so we won’t get to test youÂ  for Down’s Syndrome until we do a blood test at 16 weeks, but the truth is, finding out or not finding out won’t make a difference to us having you, so there’s no need to find out earlier anyway.

I’m a bit worried about what the pills will do to you, if anything, so we will do the 20 weeks scan when the time comes, as forewarned is forearmed and all that.

Well, darling, we have to have a shower and get ready for our flight now, so I’m going to love you and leave you â€“ or take you along, as the case might be – but I thought you’d like to know you’re currently the size of a raspberry, and you have tiny little hands and feet developing at the moment.

Much love, little one

Dear Aviya: Letter To A Seven Month Old
Pregnancy Week 19 – Falling In Love With You
Letter To Squidgy – 42 Weeks And 4 Days: The Start Of A Birth Story
Dear Aviya – Letter To A Four Month Old