I suppose because I’ve always breastfed Ameli, and known that if we’re â€˜caught out’ somewhere without food, she has milk on tap, I’ve never been very good at planning and preparing snacks and drinks and carrying them with us. I find it a little embarrassing, sometimes, when we’re at a play centre or something and other mums have mini canteens full of different things in their bags, and we have nothing.Â  It never bothered me, until Ameli started going over to those mothers and looking up at them with big puppy dog eyes, then comes back to me with a handful of whatever.Â  So, I realised I had to start carrying something along with me.

Then, of course, I have the problem that Ameli refuses a bottle and that with a few exceptions, she rarely uses a sippy cup for very long either. 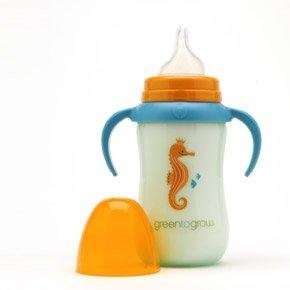 So, when my lovely friends from Husha Byebaby offered us a couple of items from their Green To Grow range, I figured I may as well try it. Surely we’d find something that suited Ameli at some stage, right? And if not, at worst we’d have a new addition to our sippy cup collection.

We received the Seahorse Green To Grow Sippy Trainer Cup, and despite loving the seahorse design, I didn’t really have high hopes. It has no fancy nozzle, no intricate flow design, nothing uber-super-duper. It’s just a sippy trainer cup. And Ameli loves it.Â  I wish that guy from Lie to Me was here, so he could tell you how honest I’m being right now. Whereas getting Ameli to drink even 200ml of liquid a day from a cup or any one of her numerous supplies, was pretty impossible, and breastfeeding was her main source of liquid refreshment during the day, she will now happily drink one or two of these a day, and her number of breastfeeds during the day have started going down (remember, she’s almost two, so I’m totally happy with that.)

The Trainer Cup has a really soft spout, and I suspect the flow from the spout is big enough and that that’s what’s made this a winner for her.Â  That, and the seahorse, which I sometimes find her chatting to!

The other Green to Grow item we have now, is a set of stackable snack pots, that also come with lids, should you want to keep them separate. They have as cute a marine themed design, with turtle and seabed designs. They’re a great size for hand bag snacks, such as peanuts, mini breadsticks, fruit portions and so on, and so far they’ve endured my handbag, and the occasional spin through the dishwasher. 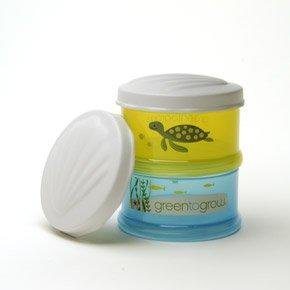 Green To Grow (please note this link will take you to a website that advertises alternative feedings systems) are an American company, started the same way as so many others: Parents who wanted to find something better for their child. Their ABOUT page is similar to so many other â€˜home businesses’, but Michael Ritterbrown, the company President, makes some really poignant statements I want to share with you.

I think that is such a powerful statement, and couldn’t agree more.

He also says, â€œWe believed concerned parents like us would welcome safer alternatives, even if they cost more due to the higher price of the raw materials used.â€

This is something I’ve always said â€“ I’d rather have less, but better for Ameli, rather than clutter up her life with lots of rubbish.

I love the ethos of this business, (on environmental matters, if not WHO compliance), and think their commitment to giving back is admirable. (From using recycled paper and soy inks in their packaging and printing, to donating a percent of their annual sales to environmental causes, to their charity that recycles used bottles to those in need.)

All this, while producing BPA, phthalates, PVC and lead-free products for babies and children. 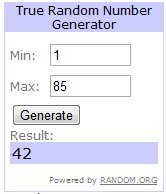 Husha Byebaby have offered one Diary of a First Child reader the opportunity to win a snack stacker and Green To Grow Sippy Trainer Cup.Â  To be in with a chance to win, leave a comment below giving me snack suggestions for when I’m out with my daughter.

Competition ends at 23:59 on 8 August, and the winner will be selected randomly using Random.org

And the winner is: megan adams

You can followÂ Husha Byebaby (andÂ Diary of a First Child) on Facebook. If you do, be sure to let them (Husha Byebaby) know I sent you, and leave a comment below to tell me you have. Â