I had a very stressful 36th week of pregnancy – not so much due to the pregnancy, necessarily as the week itself. It was my final week at work, and I had so much to do and finish up. Although I was only due to go on maternity leave, I was also told on the last day that I would not be required back in January. As I am a contractor, they are completely within their rights to do that, but it did go against the verbal agreements we had in place.

I was quite taken aback, and upset at the time, but with the clarity of hindsight I am relieved.  Martin didn’t really want me to go back in January as the baby will only be about three months old, but I wanted to complete the project I had started and at least stay till March, part time, to fulfil my commitment.  This way there is no obligation to do so – there is also no certainty of income, but that’s a separate day’s problem! 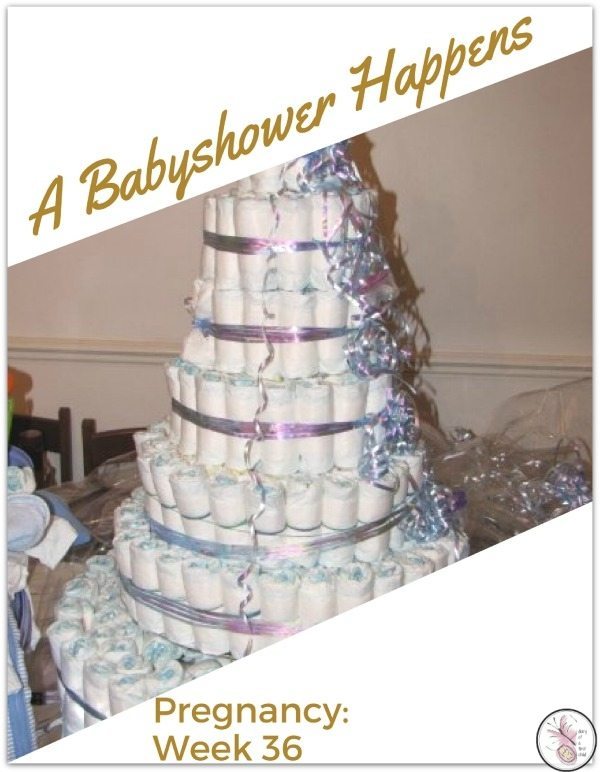 The fact that I had been awake for much of Thursday night, 3rd of September, with the baby moving so much I could not actually get to sleep, or would wake up if I managed, did not help my mental state on Friday, which is partly why I was so upset I think.

Was it not for the pregnancy, I would have had a very stiff Vodka that night.  But office cleared, desk emptied, out of office updated and voicemail changed I had an early night on Friday, hoping to feel better on Saturday morning, and really looking forward to my baby shower!

Saturday morning dawned and I felt no better. I had to really psyche myself up to even go to the baby shower – although there was no way I would miss it, a room full of people was not really what I was in the mood for. But what a stunning evening it turned out to be.

There was disappointment in the fact that my sister, who had organised everything from Norway, had had her visa declined the day before and was not able to travel, and although she had sent various items by post, they had not arrived (in fact they had, but the post office had put HER name on the parcel slip, so Gloria had not been able to pick them up as it was in the wrong name!) She was able to ‘join’ us by Skype though, which was a real bonus as she was able to feel ‘part’ of it, even though she couldn’t be there.

Glitches aside though, it was a great afternoon.  I was really touched by the effort everyone had made.  I had friends there from Bath, Nick and Dom, and a friend from Bristol, Nat.  Almost all our London based friends had been able to make it and even Bruce and Deanna, a couple from South Carolina, USA, came for the weekend!

Two friends, Gloria and Jacques, hosted the party which was held at Gloria’s house, and they played a few (mean!) games, including asking Martin questions, then later asking me the same questions and ‘punishing’ me by means of my blindfolded friend Nat applying make up to me, if I did not get the answer the same as Martin’s!  They also fed me awful baby puree and made me guess the flavours and so on!  The best game was a timed game of change- the -baby’s- nappy- whilst- blindfolded between Martin and I, which I’m worried to say I won, and managed to keep the ‘baby’ face up at all times! (Worried, because it might mean that I’ll be changing more nappies!)

Gloria made a delicious chocolate fudge cake (three of my favourite things in the title alone) and a gorgeous trifle, and everyone brought snacks. It was really great to spend time with people I haven’t seen much over the pregnancy due to my sickness and general exhaustion.

Gloria had also made the biggest nappy cake I have ever seen!  It was 8 layers of nappies interspersed with all sorts of goodies – a toiletries box for baby bath items, baby clothes, shoes, hats, mittens, teething dummies, muslins, lullaby CD, toys and more. It was a simply amazing gift, and a serious centrepiece for any baby shower!

When it came to presents, I had the biggest shock of the day.  My friend Nick handed me a gift which I began to open. I saw the box, and I saw the words Canon SX20IS, and I burst in to tears! A group of friends had clubbed together and bought the new camera that I have been pining for since mine broke. Unfortunately, there was simply no way we were going to be able to afford a new camera with this little one on the way, and I had given up on any hope of having a ‘decent’ camera by the time Button comes along. The surprise overwhelmed me and the more I practice with my camera the more I’m overwhelmed at the generosity and kindness of my friends, family and husband for this amazing present.

The rest of the gifts were no less significant, despite a comment from someone that I’d have to be as excited about all the presents now to not make anyone feel bad! Following from the baby shower, and gifts we’ve received by post we have very few things left to purchase, and those that we do are mainly for me, rather than the baby (like maternity bras) and I cannot describe how special this whole experience has been. I am so touched by the love and care  people have shown us. Nick and Lindi have both said that it is because of the love and friendship that I show to other people, but I have to admit, this whole thing has humbled me.

It took a number of trips from Gloria’s house to the car to get everything loaded up, and I took a little while to look through photos when we finally got home, but I slept so well on Saturday night. The stresses of the week forgotten, the worries about the future unimportant, I slept peacefully, basking in the welcoming glow of this new phase of life opening  up before me.