I grew up with plenty of aunts and uncles. In fact, every man or woman in our church, our school, my parents’ friendship circle and parents of my friends were by default either ‘aunty’ or ‘uncle’. Even a total stranger was referred to as such.

In fact, as a child, anyone more than about ten years older was ‘Aunty So-and-So’ or ‘Uncle So-and-So’. As I grew older and into a teenager that gap became larger. Someone ten years older could be called by their first name, but anyone old enough to be my parents or grandparents were still respectfully addressed as ‘aunty’ or ‘uncle’. As an adult there are bitterly few people I now address in that way, but I still understand respecting my ‘elders’, and someone who isn’t my ‘chum’ would be ‘Mr X’, ‘Mrs X’, or even, perhaps still, ‘aunty’ or ‘uncle’.

I find it strange then, to be raising my child in a culture where people smile and tell me how old fashioned I am when I refer to them as ‘aunty’ or ‘uncle’. I understand that she doesn’t yet understand the title, but starting as I mean to go on, I feel it is so important for her to learn from the beginning how to be respectful.

This is not to say that she should be ‘seen and not heard’. I certainly do not 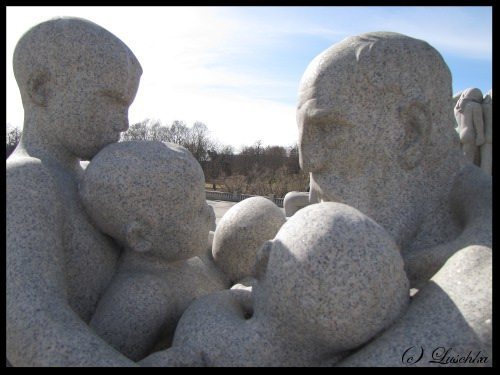 believe that being reverential is synonymous with implying your are less than the other person, but in a society where esteem or regard for our fellow man is already so lacking, surely as parents we need to do what we can as soon as we can to instil this behaviour?

Now, I’m not saying that calling everyone a specific title is going to miraculously change the state of the world or the ‘youth of today’ but I do see it as a starting point. Something that I as a parent can build on.

But I also think that how we treat other people is a reflection of how we view ourselves and our place in this world â€“ and among the people we share it with. If I esteem myself highly â€“ without vanity â€“ then I am likely to also esteem others highly, unless they prove themselves unworthy of this esteem. And if I treat others well are they not more likely to return this good treatment, thereby reinforcing a sense of self, and of self-worth and eventually self-respect?

Is it wrong then, or old fashioned, to use the naming of people as ‘aunty’, ‘uncle’ or ‘missus’ or ‘mister’ as the starting point for teaching such a fundamental value? How else can we teach it, instil it and make it stick? I’m really asking here. I’m open to suggestions.