It’s probably fair to say that there are a lot of less than perfect fathers out there, but having been at the business myself for approaching a year now, there’s a part of me that sympathises.

Now, that’s not to excuse bad parenting â€“ absolutely not. What I mean is that there’s no manual telling you how to be a dad (and if there was, we’d no doubt refuse to read it, of course), and particularly in the beginning, you spend an awful lot of time trying to figure out just what you’re supposed to be doing.

In the run-up to their first child’s birth, a man’s head is invariably filled with practicalities â€“ after all, there’s not much you can do to help mum-to-be, so even if you’re occupying yourself with trivial details, at least you’re doing something. 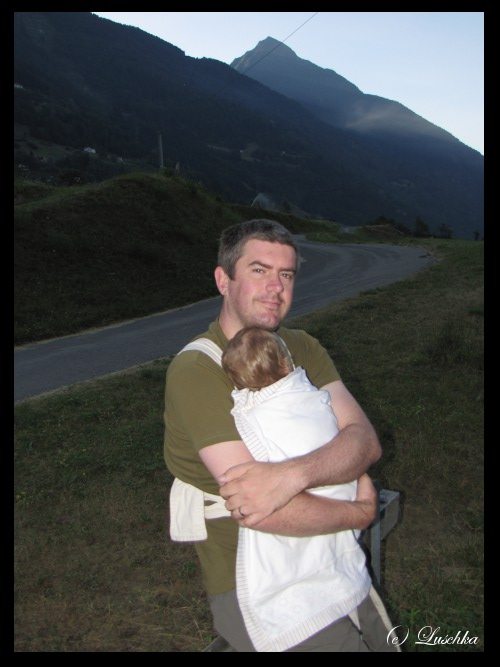 But what catches many first-time dads off guard â€“ myself included, if I’m honest â€“ is that very little actually changes after the child is born (not at first anyway).

So while mum, having already carried and nurtured the child in her womb for nine months â€“ an act of profound giving that even the best father in the world will struggle to match in a lifetime â€“ now continues as the centre of junior’s universe (especially if you’re breast-feeding the child, like us), dad sits on the sidelines, struggling for relevance.

It’s little things that bring it home. A good few times it’s happened that we’re on our way to bed, and my wife is in the bathroom brushing her teeth and the like, and the noise from us going about our business has disturbed our daughter. So there you are, doing your best to try to console and rock your child back to sleep when in fact you know that she’s just going to keep getting more and more upset until mummy arrives with the milk, and there’s not a thing you can do to change that.

Those seconds have dragged past like hours, I tell you, and I’m sure thousands of new dads through the ages have had the same experience.

It’s an unavoidable truth that on average dads are very much the lesser partner in the early days of a couple’s journey into parenting, and your baby isn’t going to sugar-coat that basic fact for you no matter what you do.

But it’s important to remember that it’s nothing personal, and also that it will change over time, so you need to remain open and accessible for that bond to grow, even if you do feel surplus to requirements right now.

In the meantime, there are a number of things you can do to spur the process along. Pick one or two daily routines and make them your own. It could be a late night feed or an early-morning walk â€“ it doesn’t really matter, so long as it’s a specific job that you alone are responsible for..

In my case, I’m in charge of the bath-time and bed-time rituals. Every night I rock my daughter gently back and forth in my arms until she falls asleep â€“ it’s become our own little ritual â€“ our â€œthingâ€, and I find it hugely fulfilling.

It may not seem so right now, but all the time you’re building a bond with your child, one that will only grow stronger down the line.

I Cannot Imagine Parenting Without…
Do Girls Really Need to be Daddy’s Princess?
Flying Blind as a New Father
Fatherhood: A Cautionary Tale