For the time being our weeks have taken on a distinctly domestic flavour. We’re preparing for our next trip in October, so laying low for the moment, saving up and living frugally. But even so, friends need to be seen, family visited and life must continue, so the odd slow at home day is always a pleasure.

Ameli and I went to Peterborough to visit our friend KarinÂ  and Little Miss from Cafebebe. We had intended to have a look around the beautiful old town, but it rained so much we just spent the day in the Kiddicare (which I highly recommend a visit to!). While there Ameli found herself a little friend, Ewan. She kissed him and he’d burst out laughing, then she’d lean in and kiss him again and he’d burst out laughing (this is very unusual behaviour for Ameli, by the way.) It was so funny, and he was a really gorgeous boy! Later his little brother, Harris, who was closer to Ameli’s age decided he wanted in on the action and I finally got a picture I could use! Big thanks to Kelly (the hands in the picture) for letting me use this! 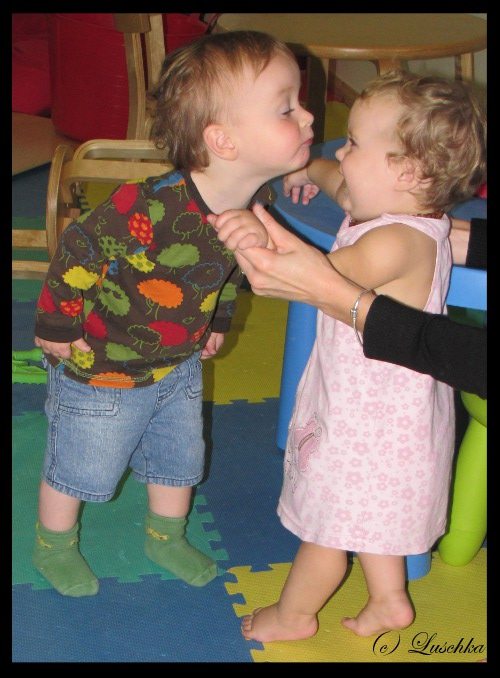 I have a picture somewhere in an album of me wearing this outfit at just a bit older than this. It’s quite amusing actually to see the comparison between reusable nappies of yesteryear compared to these today. Anyway, I love this outfit – she looks super cute it in, and I love that I once wore it. 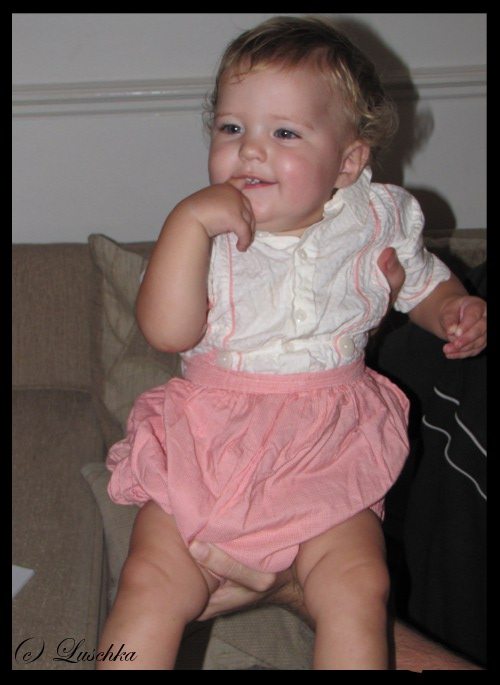 I’ve been testing out Kodak’s Zi8 and a few other of their bits recently. I’ll tell you more about it another time, but here’s a picture I took with the pocket video camera’s macro mode while Ameli and I were out for a walk. Not too bad, I thought, seeing as that’s not it’s primary function. 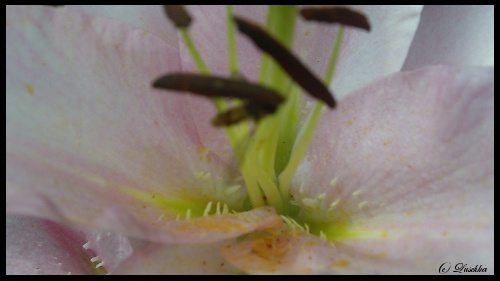 I seem to have loads of food permanently going off in this house! Today I salvaged a few beetroot by making this fantastic cake. You can find the recipe here! Yes, it is beetroot and it is chocolate, but it is just so good. 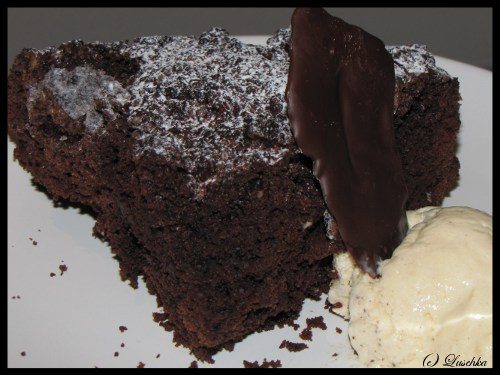 This isn’t any old banana bread – it’s coconut and banana bread. Now, I love me some banana bread, despite the fact that I don’t like the smell of bananas, but this – well, this is just something else. I made this on Monday and had the last piece on Friday and it was still moist, fresh and flavourful. Check back on Sunday coming for the recipe! 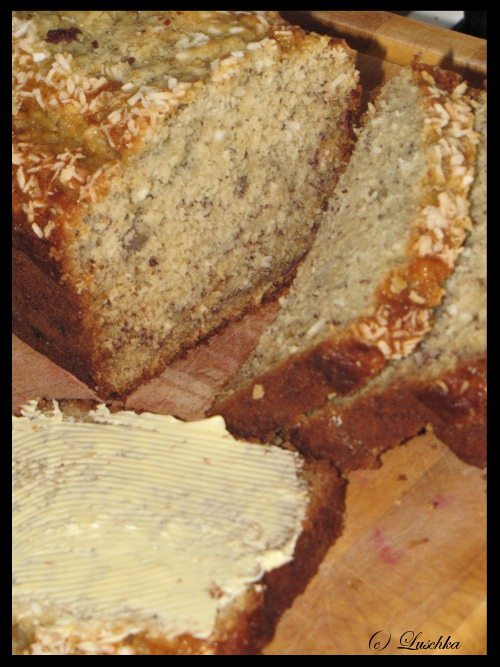 A brief midweek visit to my in-laws, and here they are as Granny reads ‘Baby’s First Bible’, a gift from Ameli’s god-parents in Australia, to her. Thanks Abbi & Des, she loves it and walks around the house with it. She’s so animal obsessed, the pictures are wonderful! 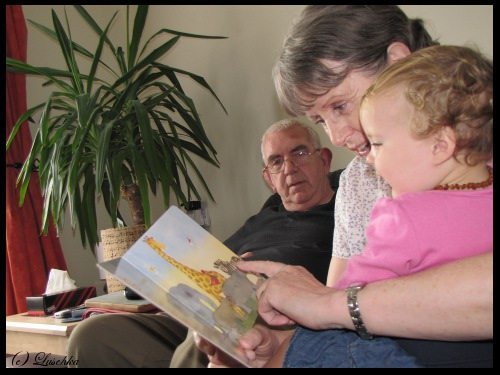 While Martin worked and his mom and dad did their thing, Ameli and I went to Longleat. The only thing I was disappointed by was the fact that for almost two years we lived about 5 miles from it and had never been. We had such a fantastic time, and we didn’t even get to go on the safari. We’ve saved our tickets for next time though. Can”t wait! She loved stroking the rabbit and broke in to fits of laughter each time. It provided grand amusement for the people around us! 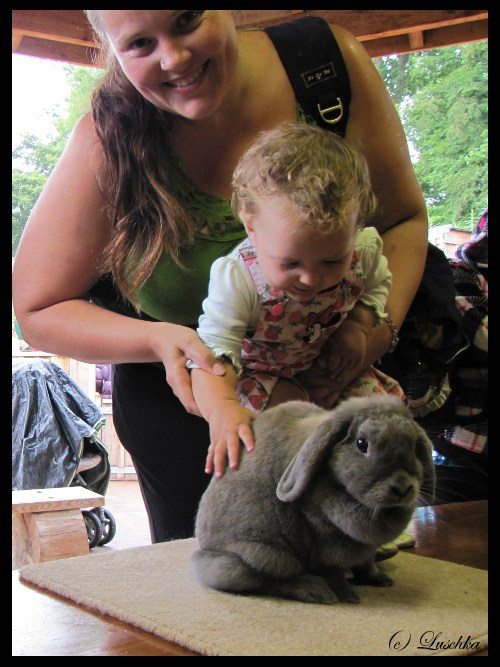 Thanks you for joining us for our week in pictures!