To me, there are few places on this earth that so blatantly represent the very worst of naked consumerism than the modern toy store. Now I’m not talking about the family-run shop selling wooden toys and play things – those few that still survive,Â  anyway. I’m talking about the gleaming multi-coloured superstores with huge in-store displays whose sole intention is to drive kids into such a state of excitement that parents are only too happy to part with large wads of cash if only for the sake of their sanity. 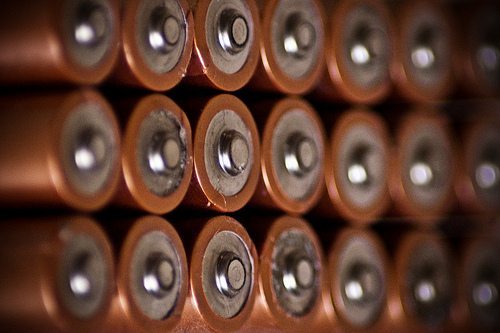 The first trip into one of these retail toy emporiums is invariably a real eye-opener for first-time parents of a certain age – it certainly was for me. Yes, I’d made the odd visit for nieces’ and nephews’ birthday presents and the like, but shortly before Ameli was born was the first time I took in one of these massive toy stores through the eyes of a parent. And it was a deeply unsettling experience.

Now I mention “of a certain age” simply because as someone in their mid-30s my own childhood is in a distant enough past that today’s toy stores really are very little like the ones I grew up with, and so really are a shock to the senses. But it’s not like I’m against modern toys in principle – I’ve lost count of how many times I’ve privately thought “I wish this had been around when I was a kid…” – I’m just against the methods used to sell them.

But even that wasn’t what I found unsettling; I’ve been around long enough to know how the world works, and how the fresh young minds of children are exploited as a skeleton key for mummy and daddy’s bank account. What I found so unsettling hit me after I’d made it through the groaning aisles of plastic, the neon displays and the eye-assaulting colours. In fact, it was all the way at the check-out, just when I thought I’d survived the worst. Batteries. Not packs of 2, 4 or even 8 that I was used to. Whole legions of batteries sold dozens at a time – small armies of double A soldiers to keep the relentless toy machine running.

It didn’t really hit me straight away, but the more I thought about it, the more it troubled me. Because while the world outside struggles with dwindling resources, trying desperately to convince a largely indifferent public to not waste water, fuel, electricity, and just about everything else, here was a far more powerful message being sent to the most impressionable minds of all: “it doesn’t matter how much power you use, kids – there’ll always be another pack of batteries at the check-out”.

Probably the polar opposite concept to the notion of environmentally sustainable living is the traditional “oil generation” viewpoint that wealth and supply go hand in hand, that as long as you have enough money, you can buy more resources. It’s that attitude that has got us into so much trouble in the first place, and yet here we are happily teaching our children that self same message – and no doubt dilligently sticking the packaging for all those batteries in the recycling waste as we should, as if that somehow makes it all better.

What’s the alternative, I hear you ask? Any number of things, actually. Use rechargeable batteries – in one move you’re starting to educate your children that energy isn’t an infinite resource. Don’t keep buying new toys that take batteries – there are alternatives, and it’s an uncomfortable truth that in far too many cases all the batteries do is create light and noise that serves to distract the child so you can be busy doing something else (and let me admit, like with most uncomfortable truths, I’m probably no better than most on that count). Or even just limit the number of batteries you’re prepared to buy per month, and let your children know that once they’re flat, that’s it until next month.

Yes, these steps aren’t easy to implement. But I for one would rather at least give it a try than risk raising a generation who squander the planet’s natural resources like batteries in a child’s plaything and then look around them in confusion when there are no more replacements to be found at the check-outs.

JORD And Thornton’s: A Perfect Father’s Day Pairing
Flying Blind as a New Father
What message does this send our children?
What Father’s Day Means To Me