As any new parent will no doubt know, some things are exactly like you’ve been told, and some things very much aren’t. Take getting drooled on, for example. I expected this was something I would find a problem. But 10 months of getting drooled on regularly later, I can now report that I barely even notice.

Another thing I was told to expect from parenthood was that concepts like free time and hobbies were about to change drastically. This, sadly, is 100 per cent true. For me, the greatest casualty of my transition into fatherhood has been the gentle and harmless pursuit of reading.

I’ve always been a keen reader, and on top of the couple of books I tend to have going at any one time, I normally have a fair number lined up behind them ready to be picked up as soon as I get the chance. 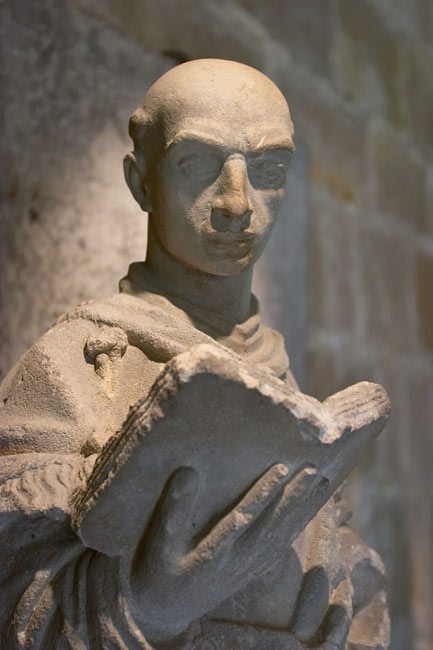 As a London commuter the daily combination of any (or all) of bus, train and tube offer plenty of valuable reading minutes, and what with the usual in-bed-before-sleep and other reading sessions, I could typically churn through your average paperback in under a week.

Then came the child.

To be fair, it was my decision to switch to working from home, which took care of all those commuter minutes. But I firmly blame my daughter for the evaporation of the innocent in-bed-before-sleep read. Now, there’s only one thing I’m interested in doing in bed, and no, it’s not that.

So why do I mention this now, all of 10 and a half months later? Because my own book collection has started taking its revenge, that’s why.

A few days before Ameli’s birth I dived with my usual gusto into Terry Pratchett’s rather aptly named Interesting Times â€“ as a bit of a science fiction/fantasy fan I’d been working my way through a good number of his books â€“ but of course, then my life turned upside down and I become a father. Interesting Times indeed.

Days turned into weeks, weeks into months and there the book lay at my bedside, still persisting as my Current Reading Material. Now it’s important to mention one very important point here: I was actually reading it. Maybe not every night, but I was giving it my best shot.

I started feeling a bit guilty six months later when a glance at the page number revealed I was still considerably short of halfway. Put it this way: if you were reading this at my pace, it would probably have taken you a couple of days to get this far (and if so, give it up â€“ the ending isn’t that good it’s worth waiting a couple of days more for).

By this point the book was starting to look a bit the worse for wear, too: you see, every time we went away, every overnight trip or long journey saw my trusty Interesting Times tucked away in my bag with the best of intentions, only to return home having barely been touched.

Things came to a head recently during an extended trip to various countries in Europe. Having warmed the bedside for weeks, almost completely ignored by me, the book disappeared. I’m not actually sure when or where it happened, all I know is I had it when we left London, and four weeks and around 10 countries later it was gone, lost forever.

Now it may just be a guilty conscience speaking here, but I actually don’t think I lost it at all: I think the book left me. I think that after months of neglect and abuse, my badly treated book had finally had enough, and decided to make a bid for freedom.

So if you find yourself travelling around Europe and happen to spot a slightly forlorn but defiant copy of Interesting Times lying around, do me one favour… and no, I don’t want you to give it back. Just read it. It’s more than its previous owner managed…

Homebirth – A man’s perspective
Breastfeeding in Public: Through Daddy’s Eyes
How Can Fathers Bond With Breastfed Babies?
Dads, I’ve Got Two Words For You