I am unapologetically pro-breastfeeding: I think it is absolutely normal and everything else is sub-standard. But I am also passionately pro babies being safe, and when a mother cannot or chooses not to breastfeed her child, or for whatever reason makes the decision to formula feed, I think it is essential that she is equipped to do so safely.

I do not think that piling guilt on mothers helps either â€“ so much of motherhood seems synonymous with guilt; from the night out before you knew you were pregnant to the glass of wine at six months to the manner of birth to the feeding, sleeping, general care and raising of your child, we are constantly feeling guilty, and that seldom serves any positive purpose.

But even though I’m very much a ‘lactivist’, I also want what is best for babies, even if they are formula fed. Ultimately, the most important thing of all is simply to support mothers and their babies. 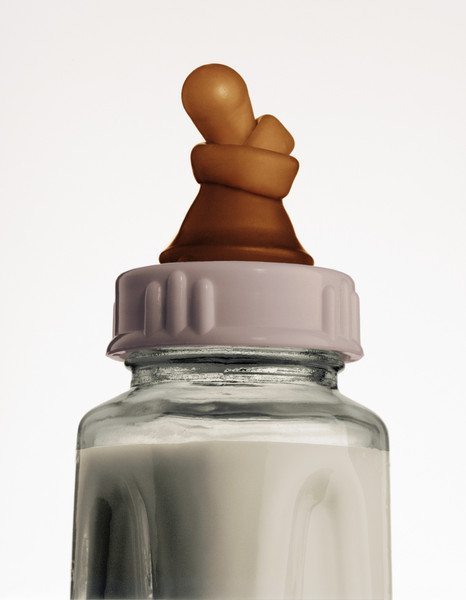 To that end, and because I have had a number of conversations with formula feeding mothers who have complained about how little information there is out there for them, I would like to share some resources with you. Having never formula-fed, I obviously haven’t tried them out myself and so can’t vouch for how effective or helpful they are. But they are from reputable sources so I hope they will be of some use in helping to protect babies.

During their first year of life, babies are at their most vulnerable to viruses, bacteria and parasitic infections, which can lead to anything from a mild attack of thrush to the more serious condition of gastroenteritis. This is an illness similar to food poisoning, which can cause vomiting, diarrhoea and subsequent dehydration.

Formula fed babies do not have the same protection against sickness, so it is essential to make sure that both bottles and formula are clean and well prepared. Formula that is not prepared at the right temperatures for example means contaminents such as enterobacter sakazakii are not killed.

Guidance on the Safe Preparation, Storage and Handling of Powdered Infant Milk

This guide is presented by the Food Standards Agency (FSA) and is aimed at health professionals. Powdered infant formula is not a sterile product and may be contaminated with pathogens that can cause serious illness. Correct preparation and handling reduces the risk of illness.

This guidance discusses the risks of incorrect preparation, storage and handling. It explains how to prepare feeds at home and in care settings, how to transport feeds and has a pretty informative Q&A section.

This picture guide shows how to sterilise, make up and test formula milk. It discusses feeding away from home. It also talks briefly about the risks of combination feeding, such as the reduction in breast milk and difficulty restarting breastfeeding once the mother has stopped.

The guide has been created by the NHS in association with UNICEF UK Baby Friendly initiative.

How To TV video on bottle feeding

A brief how to. Not sufficient on it’s own, but it’s a good start and gives you a valuable visual reference to bottle-feeding techniques.

I’m pretty sure all mothers have now heard that ‘breast is best’ and despite the aggressive marketing by formula companies and misinformation by easily swayed medical personnel suggesting the innocence of formula milk, the list of risks is long and the number of recalls frightening.

The bottom line, however, is that formula companies spend about Â£20 per baby on “educational material”, while the NHS spends roughly 14p per baby on ‘marketing’ breastfeeding. It’s hardly a surprise, then, that so many people bottle feed, but right or wrong their babies do not deserve to suffer for a decision they had no part in making.

I hope the bottle-feeding among you who have asked me for help and advice have gained something from this. That said, I wholly expect to be crucified by some of my lactivist sisters. But supporting women means supporting them in every choice they make â€“ even if it’s not a choice I would make myself.