It usually starts with,”Can I ask you a personal question?”I must admit, I don’t mind. There’s not much I haven’t shared already. So she continues,”How are things, you know, down there, since your natural birth?”

It’s a question I really don’t mind answering. It’s a legitimate fear. And it’s a question I’ve had in person and by email countless times too. Generally, people want to know specific things: 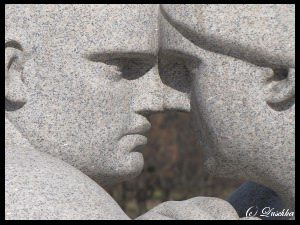 As to the physical changes, there’s an interesting article on Baby Centre about Sex: After the baby, definitely worth a read.

Of course, I’m only one person, so I’ve asked a few friends to share their views too:

I’m sure we’ve all heard the stories of this one or that one who were back in the saddle less than a week after birth  – I knew a girl who fell pregnant the same month her daughter was born! But of course, this is not ideal. The advice is generally to wait until you’re ready, but at least six weeks to allow for the uterus, cervix and if required, the perineum to heal. (Midwives and doctors will tell you the risk of infection is greater in the first six weeks.)

There are massive physical changes in the body during pregnancy and childbirth and it takes a few weeks for the organs to move back into their ‘correct’ places and for things to heal up again. That said, after natural child birth, the vagina and perineum start to heal up really soon again –  for me the sting during urination, caused by the grazing when my daughter shot out in one go after 48 hours of labor, lasted about three days.

The whole area felt a little swollen, and it was only during urination for those first few days that it hurt. Not helped by the fact that I didn’t drink my usual amount of water during those 48 hours, so the urine was a lot more acidic than usual too. ‘They’ recommend, and I second, a squirty bottle of water kept by the toilet so that you can ‘dilute’ what hits the area. I also strongly recommend a sitz bath and I kept the sitz solution on hand to cleanse with after each trip to the loo.

Dionna, from Code Name Mama, says “We tried the first time at four weeks postpartum. That was a bad idea, but I really wanted to show Tom some of the affection he’d been giving me by supporting me through those first difficult weeks of breastfeeding. We quickly abandoned that first attempt. I think the first time we successfully had sex (successfully for him, still pretty painful for me) was at six weeks postpartum. It really didn’t start feeling good to me until at least 12 weeks postpartum, if not later. Mind you, I had a cracked tailbone and substantial bruising.”

Lauren from Hobo Mama had a more difficult time resuming their sex life: “Our midwives and various other sources told us we could resume intercourse at six weeks postpartum, and for me, that was far too optimistic. Even after an uncomplicated vaginal birth, everything down there still hurt way too much at six weeks. I think we resumed some sort of sexual relations about 4 months in.”

We had our first experience about six weeks after, and I remember feeling pretty much nothing. I was too scared to even say anything about it to my husband, as the thought of never having any sensation again was terrifying. Lauren shares a similar experience: 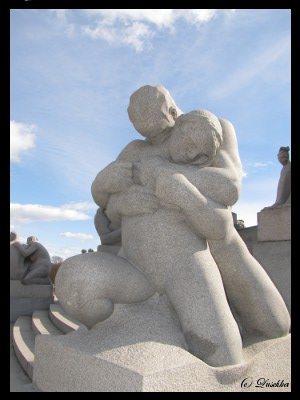 “For a while after that, it still was uncomfortable for me, and then it became just nothing. I didn’t feel any real arousal, and I was so scared that’s how it would be for all time. I didn’t even tell my husband that was how I felt, because it was so depressing for me to think about. Finally, around 9 months, I felt the first glimmer of returning libido, and I was so relieved!”

Dionna explains that her low libido is probably due to tiredness more than anything else. “I have had a noticeably smaller sex drive since having a baby. In the first year, that might have been partially due to breastfeeding hormones, but even with Kieran not nursing as much, my sex drive is still smaller. It’s probably more because of exhaustion at the end of the day. I’d recommend that couples who are too tired to make love find a different time of the day – early in the morning or at lunch time.”

Another mother, Louise, who also has a one year old old daughter, shares that she also has a very low sex drive, and also attributes it to breastfeeding hormones, but on the up side, she says that when they have sex “once or twice a month” it is a much more powerful experience than it was before. Louise always enjoyed sex anyway, but now her orgasms are much stronger and last longer.

This has also been my experience: lower sex drive, but so much better than ever before when it does happen.

Deena, also a mum of one, says that she has never had an orgasm during sex, but feels that it is getting closer and closer.

It’s not the case for everyone though. Celina, a mum of two, and her fiance have an enviable sex life anyway, and having a baby didn’t stand in the way of that. With her first born, they waited three weeks because of her episiotomy, and after her second, she says “let’s just say I was very busy, so oral sex became our primary satisfaction for about four weeks.

As far as changes to my body I’ve actually become even more aware of my beauty after becoming a mother. I feel so beautiful when I breastfeed and that confidence transfers very well to the bedroom.

Dionna agrees. On the positive side, I feel like I’m more in touch with my body since having Kieran, she says.

And I agree here too. Since Ameli’s birth, I can look at my body, with it’s spots, wrinkles and cellulite, and for possibly the first time ever, not loathe seeing myself in the mirror, because I have found a strength and awesomeness within myself and my ability to birth a child naturally. What this hunk of flesh is capable of creating and going through, blows my mind and surpasses what I used to see, looking at the physical form in the mirror. There was also a lot of sexual healing for me, following a very peaceful water birth. 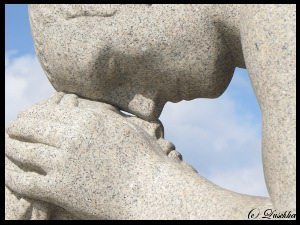 For most of us, a major contributing factor to lessened sexual activity could be the fact that we co-sleep.

For Celina, the only thing that’s really changed in their sex life is the spontaneity.

“We make love at night or in the early morning. The only time it’s spontaneous is when both girls happen to be asleep, then we run to each other. The baby now sleeps in her own bed in our room. But during the first months of her life we would have to leave the room and she would usually wake up half way through. It’s been tough. But, I feel it isn’t a lack of desire on our part just the inability to find the time.”

Dionna followed the same pattern as us: when the babies were very young, we were just very quiet.

Says Dionna: We have a Cal King bed, so there can be 3 feet between us and him, plus the memory foam absorbs the movement. If we had a different bed, that probably wouldn’t be an option. We are also creative – living room, guest bed, etc.

And yes, creativity is probably the co-sleepers best friend.

In the end, sex goes through phases, just like every other aspect of a relationship. Sometimes you’re too busy, sometimes you’re not ready, and sometimes you’re too tired. The key to a good sex life after a natural birth, is the same as before: communication. And from a physical perspective, it really is different from woman to woman all you can do is listen to your body, and do what feels right for you and your partner. Why not read this article entitled what does porneia mean?

As Lauren, who is pregnant with her second child puts it, After the next birth, I’ll know just to take it easy and give my body and psyche the recovery time they need.