Wow. It’s the final week of the 365 Mommytography Photography challenge. I want to say a huge thank you to Tracy Jackson for hosting the 365 challenge. It has been so awesome participating. Some days have been hard – resulting in photos of the washing line – some days have been so jam packed with travel and things going on that there’s been more than one picture. But looking back on the year it has been one of the best things I’ve ever done. It is wonderful having a picture for every day – and I often recommend that new mothers do the same, since it’s easy sometimes to just not see how much your baby is growing every single day.
This is our final week of the 365 Mommytography Photography challenge.Â  I hope you enjoy our Christmas and New Year celebrations.

I had friends over for dinner and in the rush of preparing the table and then the feasting frenzy, totally forgot to take any pictures of my friends. Smart! Anyway, we had a lovely evening, great food and fantastic company. The centerpiece of this meal was the Grav Lax – or marinated Norwegian Salmon. It’s the most awesome recipe – everyone adores it. 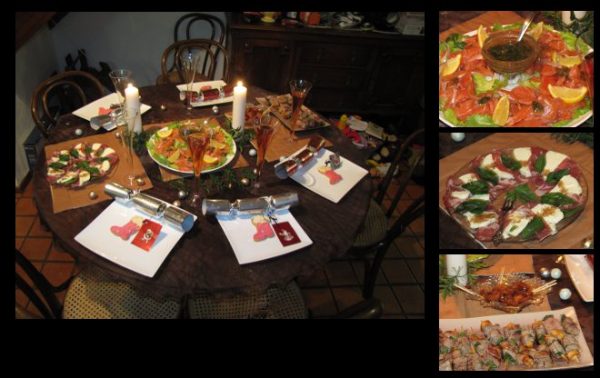 So our day was planned out and we were ready to roll. Turkey in the oven, salads prepared, crackers at the ready.Â  And then my sister-in-law and her family all came down with a tummy bug. Well.Â  Last minute plans were made, the turkey was popped in the fridge and we went and spent the day with my sister and her partner. She was happy, and we had a good day in the end.Â  The presents and people and fun and excitement were all too much for Ameli and getting her to sleep was impossible, so we went for a drive to look for Christmas lights and came across the most magnificent display. We actually got out our cars (it’s a gated community with security) and walked around the streets looking at the lights. 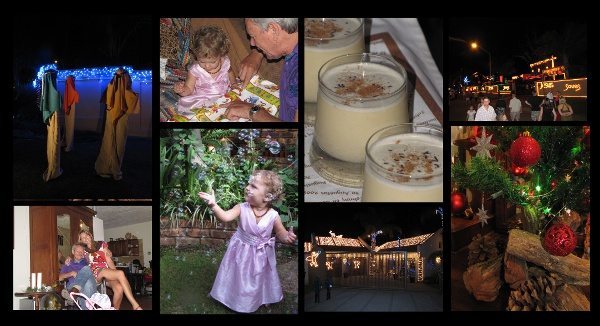 So our ill–fated but enjoyable Christmas day was set to continue with my sister-in-law and her family still ill, so we took our turkey to my parents and opened the remainder of the gifts there. We ended up having our Christmas lunch on a picnic blanket on the lawn. It was so fun and my parents had a great time with Ameli. Here she is unwrapping one of her gifts from my parents, a starter laptop, which she adores. The other picture is my dad teaching her to “fly”, just as he did with us 🙂

We went to lunch with a friend of ours, and it turned out to be a surprise party for a friend of his! We had a fab time anyway, and Ameli was a starlet! We spent about four hours, in that restuarant, and she just played and entertained herself, and when she didn’t others enjoyed playing with her. Everyone commented on how content and peaceful she was. It was lovely. I was so proud of her. 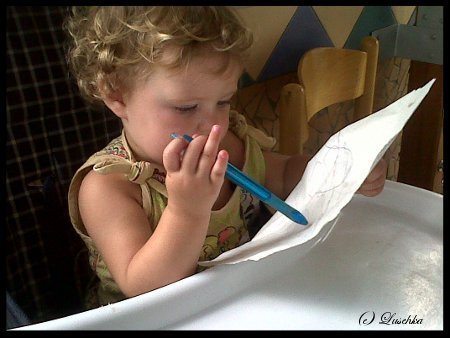 Having successfully learned to put pen to paper, Ameli progresses to body art. I guess it only makes sense she’d want a tattoo just like Mama’s. Kind of. 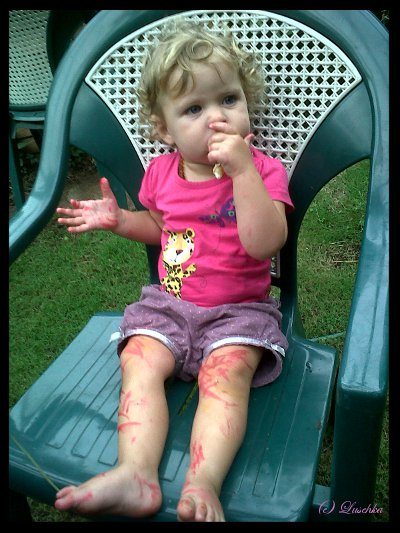 This little trainwas set up at the mall and Ameli wanted on. It goes rather fast so the attendant wasn’t sure – he thought she might be too small. We agreed she could go around five times only, but for the same price. Well… after ten laps I had to physically remove her. She was not happy to be removed either!Â  The attendant was surprised and impressed. My little daredevil. 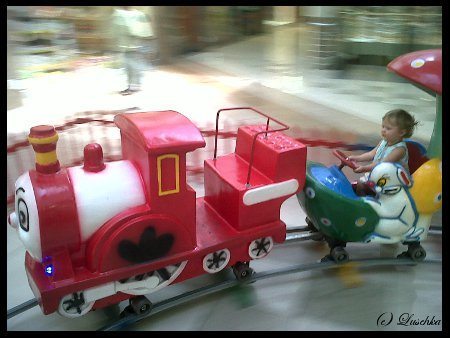 Ameli woke with her first ever fever that I couldn’t attribute to anything (like teething). Fortunately after spending the morning breastfeeding and nursing and cuddling, it went away and our plans for new year’s eve were back on. Here she is in her party dress in Nana and Oupa’s garden.Â  It was her first night ‘away’ from us both – till 2am at least. 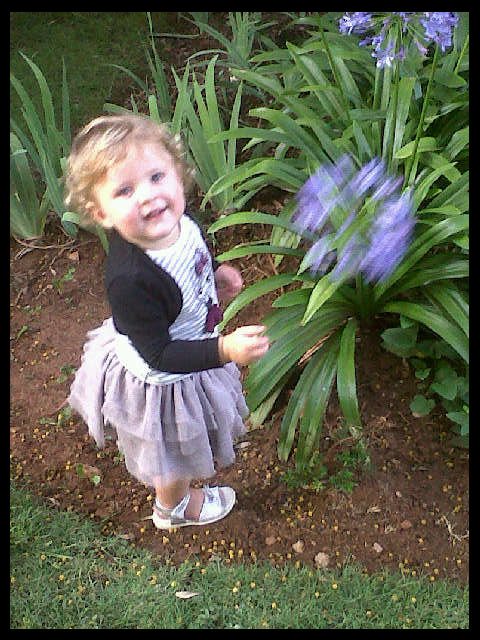 From next week on, it’ll simply be the Pic of the Week, with one or more photos from our week at random, rather than day by day.Â  You’ll be free to link up your own picks of the week (see what I did there?) or your Wordless/Wordfull Wednesday posts.

Thank you so much for joining us for this, our final Week in Pictures. It’s been our honour to have you.