I’ve been thinking a lot about inherited self-image lately.

By inherited self-image, I mean that which we learn from our mothers. The reason is a simple one. Ameli, at 15 months, has started going into my handbag, taking out my brush and brushing her hair. Or taking my – thankfully childproof – lipstick and rubbing it on her lips.

Now, I have always had body issues. Where they come from, I can’t say, exactly, but I’ve been through the mill of teenage self-loathing, diet pills, and bouts of bulimia, and in the end, it was when I decided that I am what I am that I became happiest within myself, found the man I have now been married to for six years, and have a pretty healthy amount of love for myself – and also the worst physical physique I’ve ever had, due to hormonal issues that have been getting worse and worse for a few years now, culminating in Hyperemesis Gravidarum during my pregnancy. But, I am at peace with myself, and that matters more to me. 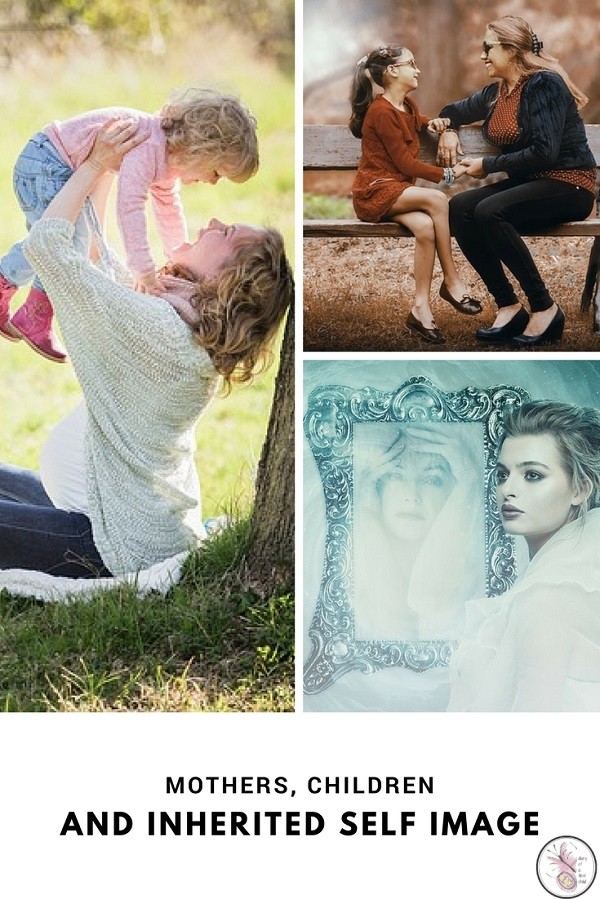 During my pregnancy, I stood in front of the mirror looking at my bulging belly and flabby thighs, and made an gesture of self-loathing reminiscent of those of my teenage days, and recognising it, I made a decision: I will not pass self-loathing on to my child.

Of course, there’s nothing wrong with wanting to look your best, liking what you see in the mirror, eating a balanced diet, and exercising, but what I never want is to see my two, or five, or ten, or fifteen year old looking in the mirror and hating what she sees – and of course, I’m pretty certain that at some point it will happen, because, let’s face it, the world is geared that way. The world is geared at making us think less of ourselves.

How would companies sell that lipstick that makes handsome guys do double takes when you wear it? How would they sell the deodorant that makes men fall over themselves as you walk by? How would anyone buy cellulite cream if it wasn’t for some or other goddess of perfection walking down the high street in winter in her bikini?

Advertising, and public perception with it, has to make us feel ugly and inferior, otherwise they will never make the money they do.

So, at some point, my beautiful little girl will look in the mirror and notice that unlike whichever model, she has curves, she has spots, and maybe even cellulite, and she will hate what she sees, but I am determined that she will not learn it from me. And my hope is that the self-image I pass on to her will be enough that, in time, she will find that image of her beautiful self again.

I think for me, that means not walking around with my head hung in shame, but rather embracing that which I have, and looking the best I can within my skin â€“ which won’t happen if I don’t feel it. It means consciously changing how I see myself. It means not looking in the mirror with disgust. It means accepting compliments graciously rather than dismissing them. It means not speaking about myself in derogatory terms and not allowing others to call me names that might be perceived as accepting negative comments about myself in the eyes of my child.

To every little child, his or her mother is the most beautiful woman in the world, no matter who you are. Let’s remember that, and live as if we knew it were true.