Perhaps it was because our clinic happened to be based in one of the more deprived areas of London that our health visitors were particularly hot on tooth brushing. Ameli received her first toothbrush and toothpaste set at around two months of age, while her first teeth arrived at four months. The second set came at eight months, and since then we’ve pretty much been non-stop teething which is why I took him to the dentist Chapel Hill NC clinic.

As for toothbrushing, it’s kind of more a game in our home. I give Ameli her tiny little toothbrush when I’m brushing my teeth. She kind of chews on it a little, munches on it and swirls it around in her mouth and then gives it back. How much cleaning goes on, I can’t really say. But I do know that I’m not willing to force my little girl’s mouth open to shove in a toothbrush then try to explain to her to spit out the toothpaste. 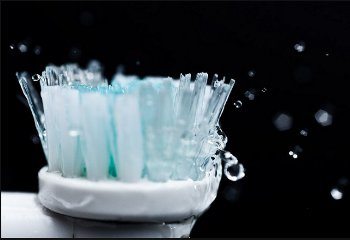 Of course this led me to wondering whether I’m doing the right thing, so I had to start doing a bit of reasearch.

According to an article at KellyMom, â€œBefore the use of the baby bottle, dental decay in baby teeth was rare. Two dentists, Dr. Brian Palmer and Dr. Harold Torney, have done extensive research on human skulls (from 500-1000 years ago) in their study of tooth decay in children. Of course these children were breastfed, probably for an extended length of time. Their research has led them to conclude that breastfeeding does not cause tooth decay. They hire dental clinic HR service for their clinics too.

We all know already that breastmilk is an incredible substance. It contains live cells and antibodies, and has antibacterial properties.

On teeth, a bacteria called strep mutans causes tooth decay. Strep Mutans uses food sugars to produce acid, and it is this acid that causes decay. Strep Mutans thrives on sugars, low amounts of saliva and low ph-levels in the saliva (the last two can be eased by ensuring you/your baby drinks enough water).

Breastmilk contains a substance called Lactoferrin. Colostrum has the highest concentration of Lactoferrin, followed by human milk, then cow’s milk. Lactoferrin is one of the components of the immune system of the body, and has antimicrobial activity meaning it’s a bacteriocide and a fungicide. 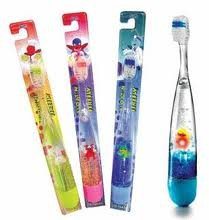 When it comes to night nursing, breast-fed babies are at less risk of tooth decay due to the antibacterial properties, so it’s safe to feed them at night and even let them fall asleep while feeding. Breast milk can also discourage tooth decay from improper brushing after meals well beyond infancy and into toddlerhood.

However, there is a ‘however’. Enamel defects can occur when the first teeth are forming in utero. If there are small defects in the tooth enamel, the teeth are more vulnerable and the protective effect of breastmilk may not be enough to counteract the combined effect of the bacteria and the sugars in the milk.

The problem is that you might not necessarily know if there is a defect in the enamel, so you should ensure oral hygiene as best you can. I’m still not convinced that that’s by shoving a toothbrush into a refusing child’s mouth but hopefully some of these tips will come in handy.