If you’re easily offended or like a good fight, now might be a good time to look away. I’m talking about the World War 3 of parenting: breast vs bottle.

Actually, that’s not entirely true. I also want to talk about lactivism – that word that raises heckles, and shouts of ‘nazi’ and bully and so on – and unethical companies. 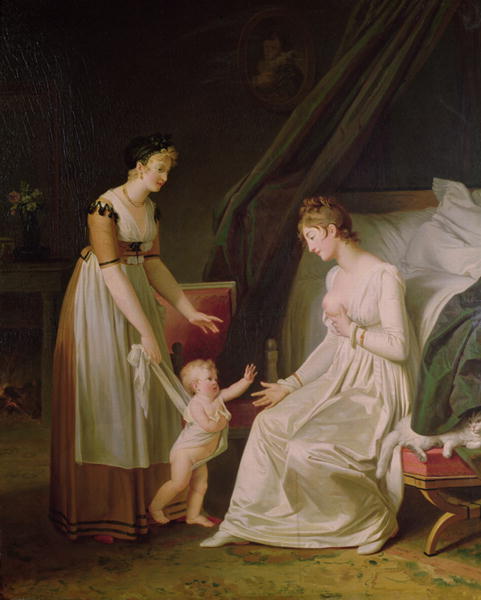 This week the rumblings have been especially bitter. Nuby ran a Facebook competition offering bottles, which caused a fuss, rightly, as it contravenes the WHO codes. They then changed the offer to a breastpump, which personally I have no problem with, but the fighting that followed on their fan page was… well… disheartening, and became something akin to fishwives on corners slinging mud.

I was catching up on my desperately neglected Google Reader and came across a post by Dagmar Bleasdale in which she discussed the Similac (a formula company) Application which is said to help with breastfeeding – which I agree is undermining and misleading. Her post was balanced, fair, and not once accusatory or derogatory towards formula feeding MOTHERS, yet in the comment section she was thoroughly bashed for being anti formula feeding mothers. This is sadly common. It’s impossible to mention any of those four phrases without someone getting angry.

The problem as I see it is this: 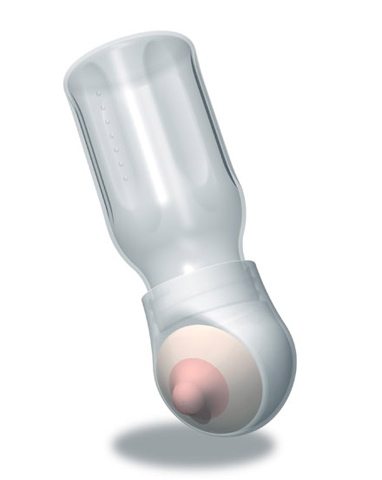 So what am I talking about?

That’s not to say that’s true of everyone. I’ve heard lactivists say some pretty hurtful things to formula feeding mothers, and I’ve heard formula feeders say equally harsh and hurtful things to breastfeeders. Unfortunately for people in both camps, feelings run really high. The best way to get a formula feeder’s goat is to tell them they are lazy/uncaring/bad mothers who didn’t try hard enough. The best way to retaliate is to say that breastfeeders are abusing their children, or worse, (my personal non-favourite): that your attempt at sharing facts about breastfeeding/milk, is a personal attack on person xyz, or an attempt to make them feel guilty. And so the battle rages on. Inefficiently, with no goal, no purpose, no positive result for either, endlessly. And who wins the battle?

The formula feeding mothers who are guilted, left with doubts as to their choices and feeling undermined in their parenting (except for the confident ones who brand themselves ‘fearless formula feeders’ or ‘proud formula feeders’)?

The breastfeeders who are left smarting about their apparent child abuse, ‘nazi’ tendencies (and by the way, if you’ve ever set foot in a concentration camp, that’s not an insult you’d throw at anyone) and bullish ways?

No. The only winners are the very companies we should be rallying against! Not only do they have more free press, advertising and media than probably anyone else in the parenting world, but with every fight you have FF mothers raging and vehemently asserting their right to rush out and buy formula. You have BF mothers stressed and worked up (and probably less able to produce milk) and those who were at the beginning stages, neither formula or breast activists, simply trying to find help and information, losing milk supply, finding themselves in the category of those who think they couldn’t breastfeed because they weren’t supported but rather lost their supply in the battle to recruit them!

While “why can’t we all just get along?” is a massive cop-out statement, in my view, I do think we should be working together. We should be demanding healthy formula options from companies for those that want or need it. Healthy formula, with real regulations, and real quality control checks.

We should be stopping unethical practices. We should cry out against the lies (gold standard? really?) so that mothers can make educated and informed decisions. We should be demanding better support for breastfeeding mothers. We should be shouting and screaming for some of the money that goes into advertising formula (in the UK, formula companies spend about £20 per baby on “educational material”, while the NHS spends roughly 14p per baby on “marketing”  breastfeeding) to go into supporting breastfeeding for those who want to, and so that those who wish they could have, or could have for longer can be supported next time too.

In the UK, formula companies spend about £20 per baby on “educational material”, while the NHS spends roughly 14p per baby on “marketing” breastfeeding.

But we can’t do anything, and we can’t make a difference at all, while we’re fighting each other.

When a lion cub is threatened, the lioness is at her most deadly. A mother is no different. Instead of focusing our energy on the threat from other mothers, focus it on the companies that are playing us against each other, taking us for fools, and getting away with it.

Remove the label, ladies. Get off the street corners. Be women, be mothers. Heal through love, support and nurturing. Share information, give gentle advice and guidance, show your willingness to help if someone has questions.

Formula feeders (for lack of a different collective noun): Every discussion on breastfeeding or the benefits of breastmilk is not, in fact, an accusation of you or a slight on your parenting ability. Breast milk is actually just that amazing that its worth talking about over and over and over again, mainly because so many people know so little about breastmilk. For me, at least, it’s about sharing knowledge, and with it, power.

Lactivists: remember that lactation activism is about doing something useful – writing, lobbying, boycotting. It is not about attacking other mothers. Unfortunately we’re firmly entrenched in this war, but someone has to make the first move toward reconciliation.

Lead by example, act in love, in kinship and in sisterhood.

Tips For Expressing Breast Milk
Said the Bitch to the Cow
The Problem With Principles
The Big Latch On 2012, Farnham