I read an article titled Why Posh has the right to push: Caesareans are no more dangerous than natural births last night, and I have been hopping mad  over it ever since.

Let’s be clear about a few things here:

But Clive Spence-Jones, the Consultant Obstetrician and Gynaecologist who wrote the piece has my blood boiling.

He says Every woman has a right to decide how they give birth, whatever the method. Wow. What a load of rubbish. It’s amazing to me how easy it is to say that when you’re pro the medical model of birth, but you walk through a mother’s group on any day of the week and ask the mothers about their births and you will find very, very few who had the births they hoped for.  Once you walk into a hospital, you’re on their schedule and your ‘right to choose’ anything around your birth gets a whole lot smaller (Just this weekend a friend of mine gave birth  she was told she had to go on the hormone drip and when she said she’d like to wait an hour, she was lectured for 15 minutes on why she has to do it. That’s not choice! She eventually agreed to get the woman to shut up.) 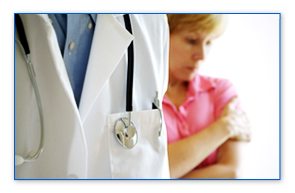 He says of experts warning that multiple caesareans are putting lives at risk, This scaremongering is outrageous, misleading and does nothing to help women become better informed about the realities of delivering a baby.

Well, let me interrupt myself here to say this: Would you get breastfeeding advice from a formula company? Would you take dieting advice from an obese person? A baby food manufacturer about when to start weaning? So why would you listen to a Consultant Obstetrician and Gynaecologist about anything to do with being ‘better informed’ about the ‘realities’ of delivering a baby.

To start with, it’s in his interest to keep caesareans popular.  This is a profession with a starting salary of between £74,504 and £100,446 per year – as compared to the Â£20,710 starting salary of an NHS midwife (a consultant midwife’s salary can start at £37,996, although midwife consultants can occasionally receive as much as £79,031 at Band 8D – the higher end of management scales).

Don’t be fooled into thinking he has your best interest in mind.

The expert he is referring to is Makrina Savvidou, also a consultant obstetrician who works on the private maternity ward of the Chelsea and Westminster hospital, who recently warned in an article for The London Evening Standard that Women like Victoria Beckham who have multiple c-sections run the risk of a medical emergency.

While I could start quoting studies here about the risks of repeat c-sections, the fact of the matter is that for every study I quote you could provide a counter study, and that’s self defeating, as I said this isn’t really about c-sections. It’s about the rest of his article.