I read an article this week which really bothered me. To start off with, the article titled Why it is immoral to deny payment to surrogate mothers, was certainly meant to grab attention and get a reaction, which it did!

I was somewhat annoyed by the author, Catherine Bennet’s comments about Christians  – mustering following a high court ruling which proposes that making payments to surrogate mothers may not be quite as wicked as previously supposed.â€ Perhaps she’s right, and there are groups who are against it, but that’s a rather inflammatory statement and certainly not true for all Christians.

That aside though, I found I agreed with much of what she said: 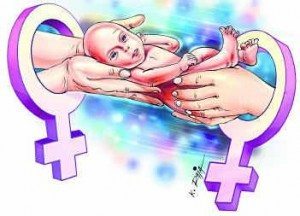 From contraception to conception to college and beyond, there is little about a child that is not a cash transaction. We spend money – and if we get our contraception free, the NHS spends money – on contraception, we eventually fall pregnant, we go through a plethora of medical treatments and expenses, whether out of our pockets or not, through birth to babyhood, toddlerhood and into adulthood.

So why is paid surrogacy so frowned upon?

I get that a person who does it for no reason other than money might offend some people – where is the maternal instinct and how can you do it? But anyone who has been pregnant knows that there is a personal sacrifice involved in being pregnant.

I think the UK law that no one is allowed to surrogate their first pregnancy is a very wise one: I always thought I’d surrogate a child for a childless friend, if needed, but having carried my own child, I doubt sincerely that I could. I know that I couldn’t give the child away at the end of the pregnancy. I know now that I would suffer horrible emotional fallout and couldn’t cope with it.

My primary fear for a surrogated child is the emotional detachment that surely – and I might be wrong – a surrogate mother must feel.

How can she grow to love the child in her womb if only to give it away. And if birth psychologists are right and babies can feel rejection in the womb already, I would worry about that.

But from a financial aspect, if the ‘going rate’ for a surrogate is between £6,000 and £10,000 (according to a 3rd time surrogate in my pregnancy group, who also had five children of her own), I don’t exactly see that as a windfall for nine months ‘work’. Of course, some people have easier pregnancies than I had, so perhaps it would be, but the sickness, the supplements, the constant exhaustion, the heartburn… nope, £10,000 wouldn’t be enough for me. Only having my baby in my arms is worth it. Or perhaps if my sister or brother needed a surrogate, but it would certainly not be for money then either! Of course, in the US where surrogacy can legally be paid for, there’s a greater call for it, what with medical expenses and all, whereas in the UK we have our primarily free medical, especially if you’re pregnant. 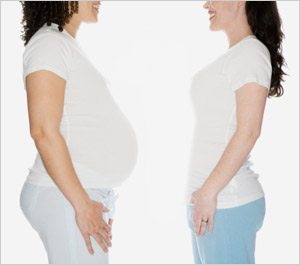 There are also those women who I very fondly refer to as birth junkies. I know a few of them – they’ve had eight or nine or more children, because they love giving birth. I understand this too. If it weren’t for the horrible pregnancy, I’d probably have a hockey team of children myself. So being able to bring deep, unparalleled joy to a childless couple doing something you love… well, there’s nothing wrong with that, I don’t think.

Would I be a surrogate? Probably not. Would I want money for it if I was? Well, being pregnant definitely affects my ability to work, so I wouldn’t turn it down. The way I see it, it’s not a life altering amount. It’s not like you’re making your millions off selling your offspring â€“ it’s a subsistence allowance, making sure you are able to eat healthily and not worry about losing your house since you can’t pay rent, thereby ensuring less stress on the unborn child.

Maybe I’m completely wrong here, but, since the parallel has been drawn with prostitution: at least if it’s legal, it can be regulated, then those who do choose to participate in it can do so safely, and all parties have some measure of protection.

Either way, I do think that Neil Addison, the founder of the Thomas More Legal Centre, should be ashamed of himself. He told journalists that parents escaping abroad to pay for a surrogate should be frustrated (it should be made harder for them) in the same way as paedophiles: “It is illegal for a British person to go abroad to have sex with a minor in countries even where that would be legal.” Even if paying for sex with a minor is as illegal as paid surrogacy, the parallel is, I think, incongruent and disgusting.
What do you think?

Pulling Down The Blinds For #BritMumsLive
What's that about a GCSE in Natural History?
Big Latch On, Farnham 2013
Six Ways To Kill A Revolution