It’s not every day I hop around the living room in excitement, but a few days ago I caught a headline stating that there would be a GCSE in Natural History coming as early as 2021, just enough time for the teething problems to be dealt with before Ameli is old enough to start her GCSE’s.

I found the survey 1 that accompanied the news shocking:

What I find so shocking about these statistics is that you don’t have to go on long nature walks or stumble far into the forest to find any of these species! Just a summer afternoon at our local pool will expose us to nettles, oaks and bumblebees! 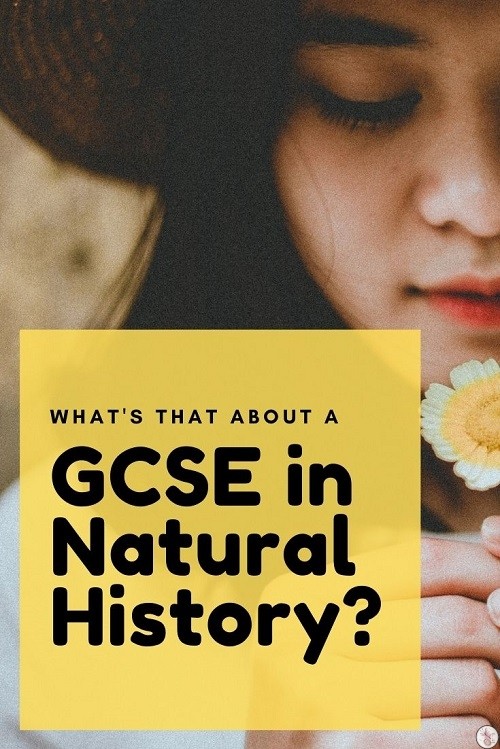 Where does the GCSE in Natural History originate from?

The GCSE in Natural History is the brainchild of broadcaster and nature writer Mary Colwell, who says it will help young people reclaim knowledge lost in recent decades. This isn’t a new concern – Richard Louv wrote about Nature Deficit Disorder 14 years ago, 2, and five years ago a group of 28 authors campaigned alongside the RSPB to restore 50 ‘nature-related’ words that had been removed from the Oxford Junior Dictionary and replaced with modern words like ‘broadband’ and ‘cut and paste’ 3. Mary Colwell began the campaign in 2011 following concerns that children no longer routinely learn plant and animal names at home 4 and while Biology in schools already focus on  processes of the living world”, the  Natural History GCSE would concentrate on ‘”what the living world is”, teaching teenagers about specific organisms, field observation skills, conservation and how nature has influenced art and culture.’ The Green Party have backed this new GCSE subject in their manifesto and even the Forest School Association seems to be involved with it, which bodes well for the content and quality of the course. 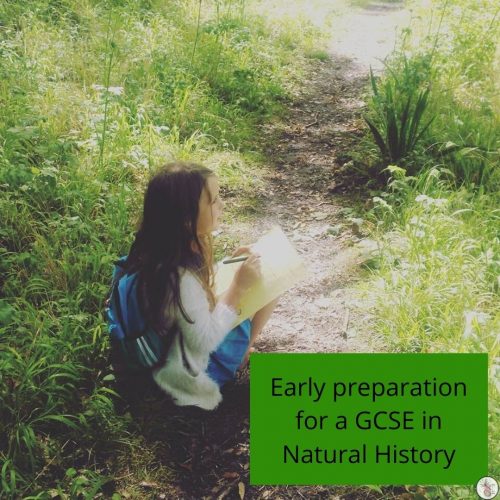 Who will the GCSE in Natural History be for?

This is a good question, because it will be an elective GCSE along with other optional subjects pupils could take alongside core subjects such as maths and English 5 The concerns are clear among commenters on the various online discussions about this new course –

1. Who will teach it?
2. Will schools be able to offer it among the other option subjects?
3. Shouldn’t natural learning be introduced at a younger age?

There’s not much to say to one and two, though as home educators I’m really excited that all our years of forest school and John Muir Award can actually count towards something ‘formal’ in the children’s education.  And as for three, yes,  natural history and wild-learning/outdoor learning should be started at a much younger age, but I’d imagine that most GCSE’s are taken in things children are already interested in or see as part of their long term future plans.

For me as a home educating parent, I’m excited that there’s a formal ‘achievement’ to be gained from all our hours outdoors, so the challenge remains to engage children in their world, and give them a love of and a sense of belonging to the world around them – something that no qualification is going to achieve on its own. This GCSE isn’t going to turn children into naturalists – it’s just going to be a cherry on top for those who already are.

What will the GCSE in Natural History cover? 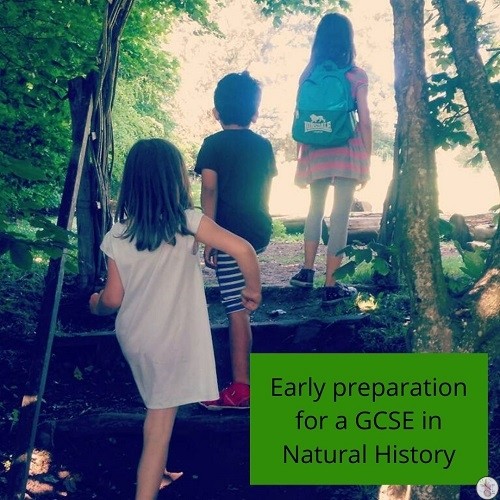 There doesn’t seem to be a framework for this GCSE available publically, yet, though I’m sure it will come. Mary Colwell shares her vision for this GCSE and her initial proposals on her website 6, where she says “I would like a GCSE in Natural History to teach the skills of identifying, monitoring and recording the life around us. To know about migration and invasion of species. To understand how the seasons affect wildlife and how that is changing. I would like the history of studying natural history to be taught, from the earliest pioneers to Darwin, and the great natural scientists today. And nature literature, from Gilbert White to Robert McFarlane. To understand how nature on TV and Radio affects conservation. There are so many strands to be explored.”

What can we do in the meantime?

One day I’m going to write something really ranty about my hatred of the phrase ‘get children outdoors’. Getting children outdoors isn’t the problem; engaging them outdoors isn’t even a problem.  The biggest problem is for us as adults to provide time outdoors without trying to structure, plan, or hurry and helping them transition from our fast-paced world to one where they have the freedom to just be, and allowing them enough time to break through the whiney boredom of ‘nothing to do’ in the wild to discovering just how much there is to do. 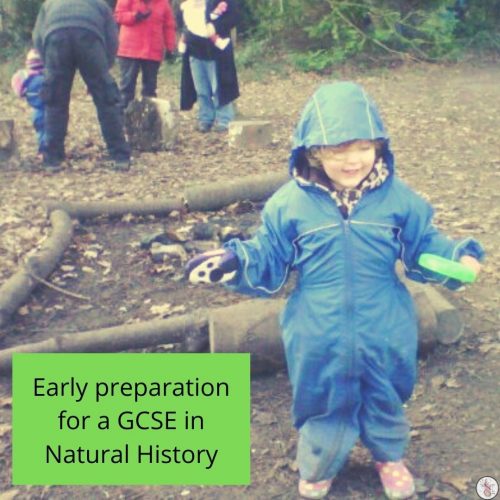 Allowing children to develop a sense of ownership and belonging with the natural world around them can start small with outdoor learning opportunities like forest school or outdoor art session or natural play groups, and move on to something more formal like the John Muir Trust Award, Cubs and Guides groups and The Duke of Edinburgh Award. These should all provide fantastic foundation stones for a love of learning about the natural world.  There’s also a whole new National Curriculum Outdoors coming from Bloomsbury in March.

Natural History really isn’t something for the lucky few who live out in the countryside either. My return to nature started with a one-day foraging walk in the concrete blocks of South London, our forest school days started when Ameli was two years old, and who knows where this journey will take us, but I’m really excited that the powers that be are taking notice and that we can embrace small changes to hopefully raise a generation that cares more about their world than the previous ones do.

Foods, Activities and Crafts To Celebrate Roald Dahl Day
Mamatography 2013: Week 3 – Keep On Keeping On
Big Latch On, Farnham 2013
Where, Why, What Is World Kindness Day?