I have a slightly different prize up for grabs this week. It’s not wooden, it’s not sustainable, it doesn’t really scream â€˜natural’, but it’s a fab little gadget, and one we absolutely love.Â  It’s called the Leapfrog Tag Junior Reading System.

As Ameli faces down the barrel of two years old, she’s developed an amazing interest in books, and I’d be lying if I said I didn’t feel a tinge of pride when she climbed the stairs and counted them as she wentâ€¦ one, two, three, four, five, six, eight, seven, nine, TEN.Â  Or at least, that’s how it usually goes. We’ve never sat trying to teach her letters or numbers, but I’m certain that the stories we’ve been reading since she was just a few months old have had a part to play.

Now, with number two on the way, I’m aware that I might not always have the time that I’ve had thus far to devote to her, so we thought we’d try this Tag Junior Reading System.

The Tag Junior is a base handset onto which you can pre-load a set of Tag Junior books â€“ there are 28 books and games â€“ and the Tag Junior will â€˜read’ the stories, add sound effect, and add extra little bitsÂ  and pieces to the story along the way. 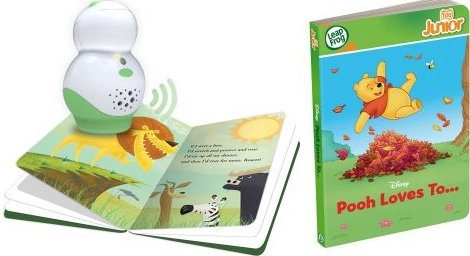 In order to load the books, you set up an account, buy and download the books and you’re off. You personalise the Tag with your child’s name, so it greets them personally when you switch on and off.Â  On the downside, when you accidentally put the wrong name in, it seems almost impossible to change it without resetting the entire thing, but that’s easily remedied by not putting the wrong name in in the first place!

The great thing about the Tag Reading System is that it doesn’t have to beÂ  a parent replacement system. You can sit together and â€˜read’ together with the reader. We let it â€˜read’ the story, then I might ask questions, or ask Ameli to point it to different things and so we play together. The books follow different themes, for example the Disney Pixar Cars book, based on the first movie, deals with shapes and uses road signs to introduce things such as circles, squares and triangles. It uses kites to introduce diamonds and even signs for stars.

There’s definitely been an educational element to it, as on our road trip at the moment, Ameli points out all the triangles (yield signs, for example) and circles (like speed notifiers) along the way.

The books also ask some questions, like on the last page there’s a circle, and they tell you to find another circle somewhere else in the book.Â  We have a lot of the books now, like Dora the Explorer who counts through the book, and a musical instruments one too and we’ve also got Winnie the Pooh lined up waiting for Ameli’s birthday. (It’s worth mentioning too that we don’t actually watch most of the programs associated with the books, like Dora the Explorer, but that doesn’t detract from their usefulness. Children don’t have to know the characters in order to benefit from or enjoy the stories.)

Leapfrog also offer an online â€˜learning path’ that parents can keep track of to see how their child is developing, but that’s more useful when they can use the whole system on their own, which Ameli can’tÂ  yet.

The only real negative I have found with this systems is that LeapfrogÂ don’t recommend reusable batteries, which are a bit of a landfill problem and something I am not keen on, so our way around that is to use reusable batteries until they no longer work, then move them into a toy which requires less battery power, and drains them in a week or two before we recharge them. 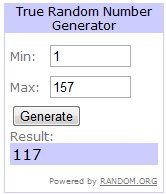 Leapfrog have offered one Diary of a First Child reader the chance to win a Tag Reader. To be in with a chance to win this system, head over to the Leapfrog website, have a look at the books on offer, then come back here and let me know your favourite story.

Competition ends at 23:59 on 29 August, and the winner will be selected randomly using Random.org

You can followÂ Leapfrog (andÂ Diary of a First Child) on Facebook. If you do, be sure to let them (Leapfrog) know I sent you, and leave a comment below to tell me you have.

AND the winner isÂ katherine grieve