I grew up in a home devoid of pop music. We listened to a lot of Christian music – think Amy Grant and Twila Paris – Jewish music and Christian children’s tapes. In my teens I ‘rebelled’ against this and started listening to Christian Adult Contemporary music  – have you ever heard of Carmen? – and rock  – Petra, anyone? – and my mother was convinced I was leading my siblings straight to hell. (Sorry ma, but it’s true!)

Annoyed and tired of the hassle of fighting about my ‘evil’ music, I asked a guy at school, Peter, to find me the worst Christian death metal (otherwise known as White Metal)  – or Christian music’s answer to death metal – that he could find. He got me a tape and I went home with it and for about a week listened to Torniquet. I didn’t particularly like it, but I listened to it whenever my parents were around, as loud as I could get away with. 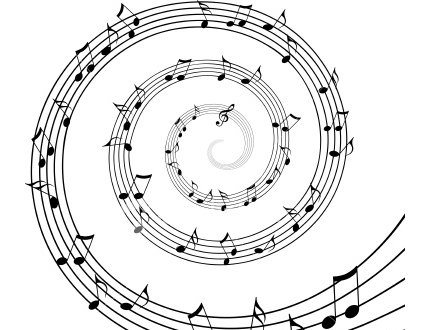 After a week or so, without any pomp or ceremony, I went back to Petra and DC Talk and Carmen, and miraculously, the nagging about my ‘evil’ music stopped. (It’s worth mentioning that my parents really started enjoying these bands in later years, and when MIC became the ‘big thing’ in South Africa, one of the band members even came to stay with us when they were performing in our town!)

But, I didn’t grow up with pop music, and up until my late teens, my reaction to The Beatles, or Beach Boys or even ABBA was similar to yours when I mentioned those bands above. I didn’t know who they are. Even today, if you played me a song and said ‘who’s this?’ there’s a very good chance I wouldn’t know. It hasn’t impacted my life too badly. I still had a few boyfriends, still got married, got a job and have friends. I still turned out okay.

But now I have a little girl, and although we’re not radio listeners at home, I do listen to the radio when we’re in the car.

I used to listen to Pink, Offspring and Green Day a lot, but since Ameli, I don’t anymore as many of the songs have swear words in them. So, I listen to the radio.

And more and more, I’m switching the radio off. Apart from remembering why I don’t like pop music (come on? Who writes this stuff??), I find the lyrics to be inappropriate for sixteen year olds, never mind two year olds!

I mean, is that appropriate for 10:32 in the morning?  (The original song lyrics are actually quite nice, but this version not so much.)

Really? Love me, love me? Really?

I’m sorry if I’m sounding like your grandmother here, but can the fact that it probably goes over your child’s head be used as justification for it being okay?

If you had a p*rn DVD playing in the background while your toddler was playing with his LEGO in the lounge, would that be acceptable? Would you buy your tween a s*xually explicit magazine to page through in their booster seat? Unlikely. (And doing so could see you imprisoned for Child Endangerment), yet it’s okay to give them what equates to audible p*rnography?

I came across a really interesting article about the effects of p*rnography on children and adults, and was particularly moved, or disturbed by a paragraph on music’s impact on * behaviour:

George Will suggests that, as a certainty, the coarsening of a community, the desensitizing of a society by these words or persuasive communications, so artfully presented, will have behaviour consequences. He further notes that America today is capable of terrific intolerance about smoking, or toxic waste that threatens trout. He suggests that only a deeply confused society is more concerned about protecting lungs than minds, or trout than women.
When one of the Central Park rapists was arrested, he said, “It was something to do. It was fun.” George Will asks, “Where can you get the idea that sexual violence against women is fun?” His unsettling response: “From a music store, through Walkman earphones, from boom boxes blaring forth rap lyrics.”
John Leo asks the question, “Why should our daughters have to grow up in a culture in which musical advice on the domination and abuse of women is accepted as entertainment?”

So, fair enough, the music on the radio isn’t necessarily that explicit. But still. It’s the difference between a hard core DVD and the 10pm movie on TV. You wouldn’t have your child watching the 10pm movie either.

As they grow up, children are especially susceptible to influences affecting their development. Information about sex in most homes and schools, comes, presumably, in age-appropriate incremental stages based on what parents, educators, physicians, and social scientists have learned about child development. But pornography short-circuits and/or distorts the normal personality development process and supplies misinformation about a child’s sexuality, sense of self, and body that leaves the child confused, changed, and damaged. 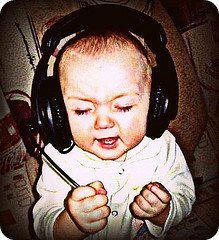 I’ll admit that a child who hasn’t had visual or physical exposure to sexual things might not have the same awareness of the words in songs, but I don’t believe for a moment that it has no effect whatsoever. In fact there have been numerous studies about the effects of sexually explicit music on teens – one that showed that degrading lyrics are related to advances in a range of s*xual activities among adolescents (2006), and another from the Brigham Young University in Utah (2011)(which looked at the trend of increasing use of explicit lyrics in music in which they concluded: “Popular music can teach young  men to be sexually aggressive and treat women as objects while often teaching young women that their value to society is to provide sexual pleasure for others.

So yeah. I don’t know the extent of the effect. I don’t know where the awareness begins, or what the answer is apart from switching off the radio and never buying Ameli an iPod or MP3 player, but I know that I don’t want my two year old gyrating and echoing ‘thex me up mama’.  (She didn’t, but it’s not that far fetched a possibility.)

I understand that, as researchers at BYU advised, parents should listen to the music their kids are listening to, and act as parents and say it will or won’t be allowed and be conscious of what we listen to too.

What I don’t understand is why movies and TV programmes come with age advisory, but despite the drastic rise of sexually explicit or suggestive content, music and music videos don’t come with age restrictions.

* Excuse all the *’s in this post – I don’t really want to receive too many dodgy Google search hits from people looking for something else.

The Problem With Principles
Co-Sleeping and Breastfeeding
Why Doesn’t Music Come With Age Restrictions?
News Of The Week: Everyday Chemicals May Be Harming Kids