A friend of mine had a little boy a few years ago. She was young â€“ early twenties â€“ and fit and healthy.Â  Her pregnancy was uncomplicated and the day she went into labour she went to the hospital as instructed. She had a highly recommended obstetrician who all the way through her pregnancy assured her that she’d support her in her desire for a natural birth. 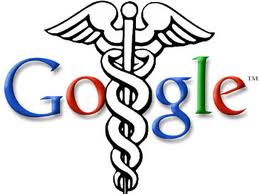 She had an uneventful labour, and was doing well, feeling strong and positive. Her midwife checked her and told her she was doing really well and was at 8cm. The obstetricianÂ  – as I understand it â€“ yelled at the midwife saying she didn’t know what she was talking about and that the baby was in distress and that my friend needed an emergency caesarean section.

Confused, shocked and vulnerable, she went in for surgery. Her baby was already engaged and she was in transition. He had to be pulled from the birth canal. It took her months to recover.

(I know a midwife who works at this hospital and know that they are under threat of legal action from obstetricians should they â€˜interfere’ or â€˜disagree’ with advice to a patient.)

Once the dust had settled, my friend and her husband wanted to know what went â€˜wrong’.Â  They started researching the doctor, and discovered that she had one of the highest â€˜cutting’ rates in the hospital â€“ (a hospital with a 97% caesarean rate, notorious among staff for having only accidental births between Christmas and New Years and rarely on Friday afternoons). There was also no medical reason for their c-section. She had simply lied to them and taken advantage of their vulnerability.

Most people go into childbirth completely trusting their care providers. They turn up, in labour, knowing nothing more about childbirth than they heard in the two-hour â€˜labour and birth’ session in their antenatal class.

The company Zillow did aÂ  piece of research where they found that people spend five hours researching their next vacation, 10 hours on which car to buy, 40 hours on which home to buy, four on which computer and two on which television to buy.

Unless prospective parents go for specific classes â€“ Bradley, hypnobirthing, active birth and so on â€“ how much time do they actually spend preparing for birth? And in that time, how much do they find out about the person they give all the power in the birth of their child to? About their record, their history and their beliefs about birth?

You can do everything you can think of to prepare for birth, you can read, exercise, research and know the ins and outs of your birth plan, but if your birth practitioner isn’t on the same page as you, you’re unlikely to have the same end result in mind. While some may think it’s just a healthy child and mother that matter, in the end, that’s rarely the case – especially for those sorely disappointed by the reality.

So, I ask you this: When last did you Google your doctor?

*and by Google, I really mean research, in whichever way you can in your community.

Just Have to Share – Lactation Biscuits & Breastmilk Smoothie
A Recommendation For The Humble Condom
10 Uses For Lavender Around The Home
Can you say growth spurt?