I love seeing pictures of my baby and how he or she is growing in there, deep beyond my line of sight. When I found out I was pregnant, I signed up for a whole bunch of those ’your baby is x weeks along’ emails, so that I could get a general idea, more or less, of what’s going on in there.  Slowly but surely, with just over a month to go, if that, the ‘must have’ lists and ‘essentials for your new baby’ emails have been filtering steadily in.

I wrote a while back on PlayPennies about how new parents are spending on average £10,500 on their first child, and that mothers are wasting £158m each year, and I can tell you that we spent less than 10% of the average on Ameli before she was born, yet she came into this world lacking for nothing.

I am so grateful to have found a way of parenting that doesn’t depend on stuff. Yes, there’s plenty out there that makes life ‘easier’ for us as parents, such as portable cots, and other items I’ll mention below, to make life with babies more convenient, but not one of those things is really, truly, essential.

I have been perusing these lists, driven by the guilt and fear retailers depend on to keep us shopping, just to make sure there’s nothing I have forgotten about, or nothing ‘new’ that I would hate to miss out on, and I’ve come to realise: there is absolutely nothing I need for this new baby.

We could get a Moses Basket, but really, what’s the point. My sister gave us a travel cot with a built in basinet when Ameli was born, and she was so tall, she was out of the Moses Basket and into the basinet at just a few months (for daytime and early evening naps). Squidgy will co-sleep with me just as Ameli did from an hour after her birth. I can’t imagine putting distance between myself and my newborn, who so far has only known the sound of my heartbeat and gentle, muffled noises. 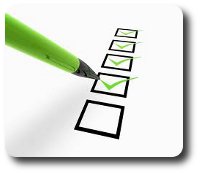 We have a pushchair generously gifted to us by a friend, but it has seen so little use with Ameli as she absolutely hated being strapped in, that it really only saw the light of day when myself or a family member went out for exercise. I’ve kept it, since, who knows… maybe this time I’ll join a buggy fit class. (Don’t hold your breath.)

I have a gorgeous Mei Tai sling that I used with Ameli from a few weeks old when the most popular brand just wasn’t providing enough support to prevent me from getting back ache. There’s no reason why I can’t wear Squidgy in it from birth, but another  lovely friend has agreed to loan me her stretchy wrap for a few months, which I’m very excited about as it means my baby can be cozy and warm while it’s still cold outside.

I intend to breastfeed again – I’m still breastfeeding Ameli a few times a day, and have endured breastfeeding throughout the pregnancy, so barring any unforeseen circumstances, I have a drawer full of barely used bottles as Ameli refused to take a bottle from 3 months old, but should be fine with my God-given boobs. (And He gave me plenty to go around!)

We still have Ameli’s first stage car seat, so that’s that sorted.

Our friends generously clubbed together to buy us a baby monitor for Ameli’s baby shower, because I thought we needed one. It turned out that because of the layout of our house, we were more likely to get interference due to the proximity than anything else. There was no where in the house we couldn’t hear even the slightest murmer.

Our current house is a bit different, and a baby monitor will be useful – but I had to review one for work a while ago, and we still have it, so that’s that. But a baby monitor is totally a convenience item. It’s not like I won’t be able to hear my child without one.

We have more soft toys, books, and baby toys than I know what to do with. In fact I’ve often wanted to clear out a little, but I must admit I feel a sentimental pull towards Ameli’s first toys. I just can’t do it yet.

If Squidgy turns out to be a  boy we’ll have enough unisex clothing for the first few months, and then we’ll have to turn to Freecycle or sales and buy some more ‘boy-ish’ clothes as most of the clothes we were given for Ameli in those early days are very girly, even the ones that aren’t pink.

If Squidgy is another girl, she’s set for the most fashionable (second-hand) babyhood in town.

About the only thing we do not have, and will need to get, is size 1 reusable nappies. We only started on cloth with Ameli when she was a few months old, so we have no newborn nappies.  I have my eye on the gNappies kit, but might have to go for whatever I can find initially. 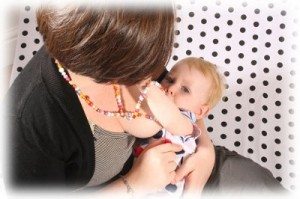 I would love a new Amber Teething Necklace for Squidgy as Ameli still wears hers and I plan to add it to her memory box later. I’d like a new breastfeeding necklace as the one I used with Ameli is already in the box – nice, but again, not essential.

Which really leaves me with just the birth preparation. I need  a new liner for the birth pool and will take care of that in January, but I still have a healthy supply of Angelica Root (to prevent retained placenta), Shepherds Purse (in case of haemorrhaging ), Rescue Remedy (for if I’m failing to relax), and a handful of other Bach Flower Essences that were an essential part of my birthing kit last time – and of course the Post Birth Bath Kit to help with healing.

I’m really sorry for parents who spend that average of £10.5K, whether for their 1st or 15th baby. If you can, fine, I guess, but few of us can really afford that and I’m so grateful to have stumbled on the attached theory of parenting, and that I can do most of it without the burden of stuff and then the pressure of repaying for things I probably never needed and generally only used for a very short time.

Want to read more on this topic?