Issue 4 of the Little Cooks Dora the Explorer magazines brings us the Amazing Apple Cake. Unfortunately, by the time I got to actually making the cake, the black spot on my apple had turned into a gaping big hole inside. I didn’t stick around to find that worm. Instead, I found a half a cup of frozen berries in the freezer, and topped them up to a full cup with boiling water. The result was a delicious, moist berry cake that didn’t last the day – we gobbled it up in one sitting! 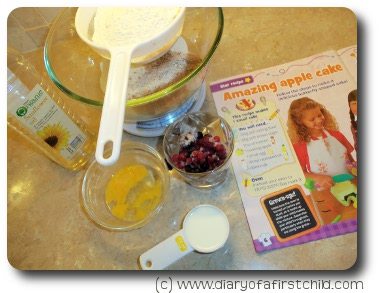 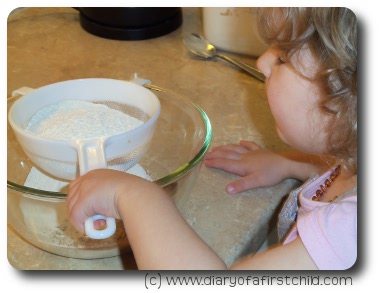 1. Put the flour, sugar and cinnamon into a mixing bowl and mix it all together

2. Ask an adult to peel the cooking apple, cut it into quarters and take out the core

3. Carefully grate the apple slices into the bowl, (or pour the berry mix in) then mix well

4. Crack the egg into a small bowl, then add it to the mixing bowl

5. Add the oil and the milk and stir it all together 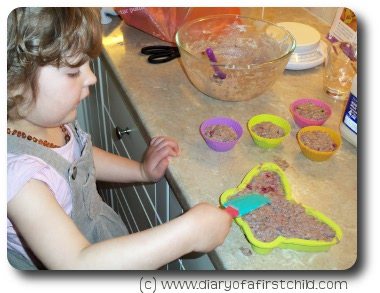 6. Use your spatula to spoon the mixture into your cake mould filling it nearly to the top. (With this issue of Little Cooks we received a butterfly cake mould. There was more than enough batter for the mould so we also filled four cupcake cases from one of the previous issues.

And finally, I topped it with a simple icing sugar, vanilla essence and water drizzled over. The recipe recommends topping with banana and strawberries or small sweets. 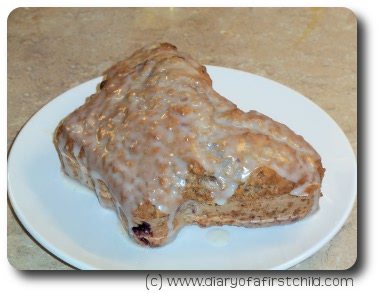 Delicious. I’ll definitely try it again, and with apple next time!