A few years back I helped out at a church parenting course. I was meant to be manning the book table, but during the sessions I was able to sit in. It was very interesting, and I took a lot away from it, but when I think back on it now, and on some of the comments I made I cringe on the inside. It’s totally true: Before having children you have all the answers on parenting, but after having children, you have none! Textbook advice, unemotional, without the broken sleep and hormones of having your heart slowly but surely leave you make it easy to lay down parenting laws.

Here are five things that we swore blind would or wouldn’t happen when we have children. Oh, how I laugh at myself now.

1. We’ll always sleep in the same bed, no matter what. They will also sleep through the night from early on.

Ah, silly, silly people. When no matter what is a knee high windmill that delights in kicking you – accidentally – in the face, or tries to crawl in between your body and the mattress. My husband, a light sleeper by nature, soon moved into the other room. Sometimes we’ll spend a night together, but we play musical beds all night long and end up in our separate rooms anyway. Now we just enjoy the precious moments, curled up with our little ones, aware that this won’t last forever. A bittersweet reality, but worth it, for the love of cosleeping. 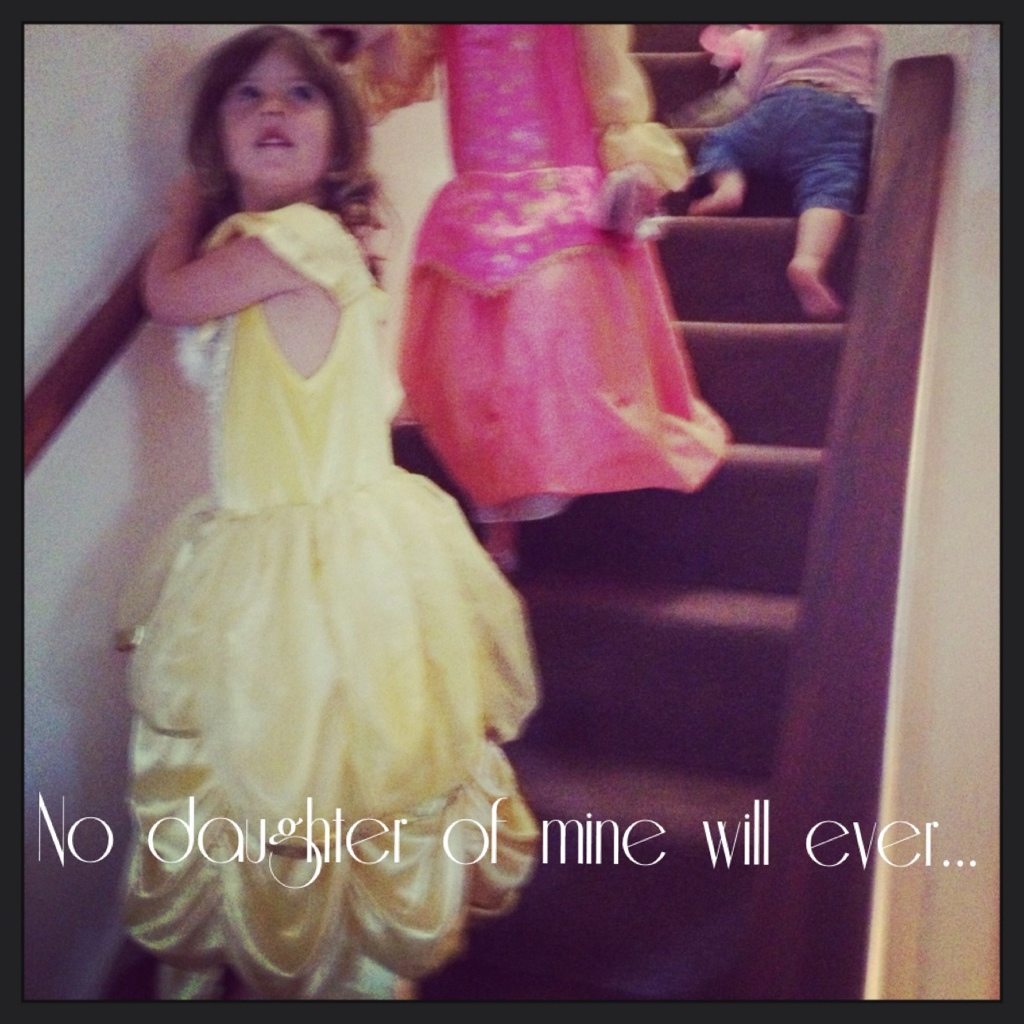 As for sleeping through, Ameli didn’t until just before Aviya was born. Never. She woke a number of times a night. Even after Aviya was born, and she was sleeping through, Ameli still woke up numerous times a night. What the childless experts don’t understand is that you can’t just walk away and close the door, and still call yourself an instinctive mother. I honestly believe that in teaching mothers to go against their instincts, we are robbing women of one of our greatest powers, that sixth sense: instinct.

2. My daughter will never shriek

Unless of course, she’s around 8 months old, and learning to use this new skill we call a ‘voice’. Or two and learning to express her feelings. Or 3 and gets excited by the ABSOLUTELYAMAZINGSIMPLYPERFECTABSOLUTELYBRILLIANTMYFAVOURITETHINGEVERBUBBLEMACHINE (that’s absolutely amazing, simply perfect, absolutely brilliant, my favourite thing ever, bubble machine, for those without 3 year old girls.)

3. My children will respect me enough to listen to me

Yeah. Sure. Until you realise that it has little to do with respect – maybe it does later on, I’ll let you know when I get there – but for now, it’s about testing limits. It’s about exploring and flaunting boundaries. It’s a perfectly natural, and more importantly, necessary, developmental stage to go through.

Children need to feel heard as much as they need to listen. Respect goes both ways.

4. I WILL smack my children. They WILL be disciplined.

You know? Spare the rod, spoil the child. Until I realised that discipline and punishment weren’t the same thing. I understood that being gentle didn’t mean being permissive. I’ll be honest and say that both gentle parenting and learning not to say no all the time are a work in progress for me. They aren’t naturally occurring, and Ameli has specific traits that trigger huge anger issues in me, based on things out of my own life, but I’m learning and trying and that has to count for something.

Well, Aviya is only 14 months old, but boy, oh boy, can they play off each other. I think rather than forcing them never to have disagreements, arguments or fights, I’ll be better served to teach them to deal with their issues in a gentle, peaceful way, helping form life skills, and bonds of sisterhood.

It’s amusing, actually, looking back at these perceptions and realities. It leaves me curious about the things I still think about tomorrow, and the next day, and the rest of them, and how they will differ from my expectations. Its a journey and one I look forward to.

What have you found totally different in your expectation of parenthood and children, versus the reality of them?

Please take time to read the submissions by the other carnival participants (posts will be live and updated no later than afternoon on June 11):