I realise today, again, that the me I was no longer is. Motherhood has killed off much of my previous self, and while that is sometimes something I struggle with, today I’m feeling acceptance. Rather than resignation to this fact, I feel almost relief, a little bit of joy.

It’s like a clean canvas, on which can be drawn, anything.

It’s like a fire that ravages an old building, from which can be built something new.

Has it taken me two years, almost three, to truly embrace the new me? No, perhaps it’s a process, and perhaps tomorrow I’ll wonder again where on earth this thing is taking me, but with the knowledge that yesterday for a few hours I felt good about the opportunity to start afresh, leaving behind the responsible child I was, the obedient teen, the angry young adult, the partially messed up and at times rather screwy young woman. It’s an opportunity to leave behind destructive habits, negative self-image, painful relationships.

And then it’s an opportunity to start again, to rebuild, to pick through the ashes of an old life, and decide what I want to carry forward with me, what I want to pass on to my innocent children. To determine the outcome rather than drift along on the wind.

The old me has died, and I’ve known that for a long time. Perhaps it’s inappropriate to feel happy on the event of your own death. Perhaps it’s not the done thing to pat yourself on the back. It’s unusual, in the least, to acknowledge that you’re adrift and alone. But the blank canvas, the open road, the endless opportunity fills me with something I recognise as excitement. 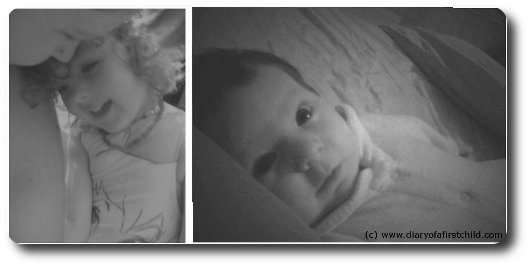 I make no apologies.

Long may she live.

Big Latch On, Farnham 2013
Taming the Tigress – the Protective Parent
Letter To Squidgy – 42 Weeks And 4 Days: The Start Of A Birth Story
Home Made Cream Cheese