Right now, four years ago, I was in the throes of labour. I had been since 4am the day before, but had managed a little sleep, and was ready to do this. I thought at the time, that I was having a baby, and then life would go back to normal. I was so happy, but I really didn’t know what it meant.

The moment our eyes locked, I fell in love with you. I changed forever. That may sound clichéd, but it’s true. Not much about my life, those two seconds apart, has ever really been the same since. 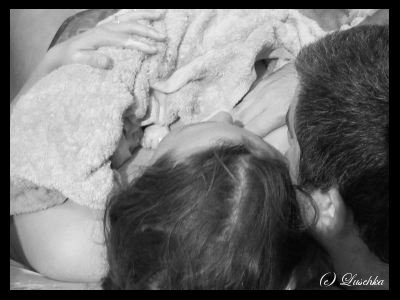 I knew the practicalities: babies grow into toddlers, who grow into children, but I had no real idea of how mothers grew from mothers of babies, to mothers of toddler to mothers of children. I didn’t see that coming.

I didn’t know that those first weeks and months would be all consuming. I didn’t know that I would learn a mountain of new skills, and master them too. I didn’t have the faintest inkling that I would become passionate about birth, or breastfeeding, or baby wearing, or any of the things you led me to, by refusing a pushchair, and flaring up when we used normal baby bath products, or having a bad reaction to Calpol.

I had seen babies smile before, but what I had not seen was how their mothers melted on the inside. I had not known how the curling of lips could wipe away days and nights of tiredness, and the complete upside down-ness of those early months. If someone had told me, I would not have believed it, and if I had believed it, I would not have grasped it. How could I conceive of something I’d never even imagined? 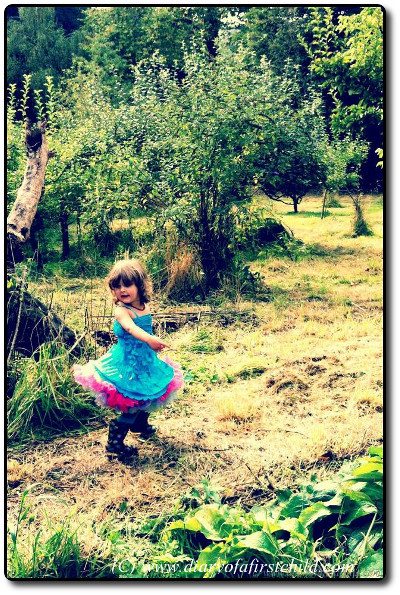 You were always in a hurry. Always trying to get to the next thing. At four months, you were crawling around with the seven and eight month olds in our baby group. At 8 months you were running rings around them. You were always in a hurry. You were speaking in full sentences by 20 months. Always on the go, always chattering, always showing me the world through eyes I never anticipated would captivate me. I see the same world you see, but you show me colours, and stories, and imaginations I would never have seen.

You have taught me the limits of my patience. You have shown me how I can go on, even when I thought I had nothing left in me. You’ve shown me that I do know how to play, that I can actually draw, and that anything can be fixed with a kiss and a cuddle.

You’ve taken me to the limits of the worst of me, then stretched out your arms to bring me back to a place of love. Our place, as mother and daughter. You’ve shown me the best of me. The things I now treasure most about me.

If four years ago you’d told me that all of these things were going to happen, that I was going to change fundamentally and wholly, and that my life was going to become wrapped up in you, I would not have believed it. I would have denied it. Oh, how I laugh at my own foolishness now.

I thought I knew what it was going to be. I had drawn the boundaries, made the plans, laid down the laws.

And you changed everything.

And I will never be able to thank you enough.

I love you baby girl, to the end of all things.